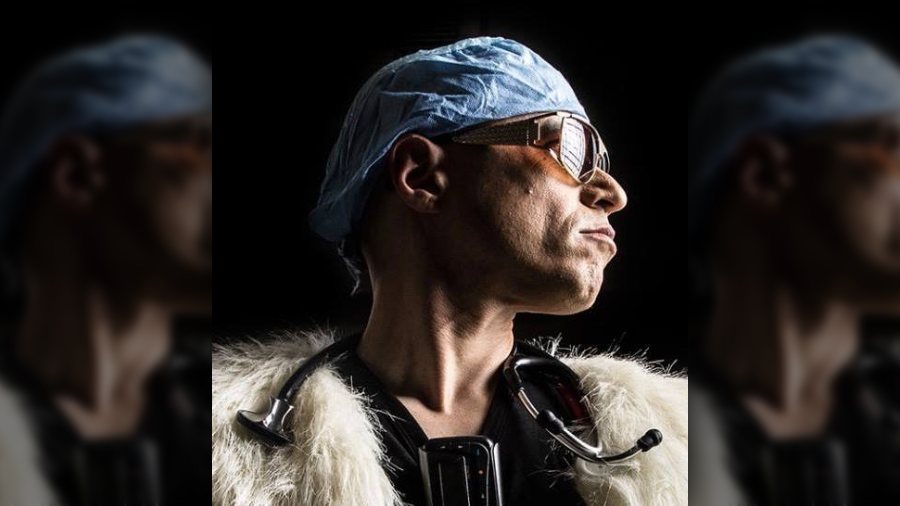 Joe Rogan is one of the few people in social media who can question the establishment narrative without being de-platformed. He recently interviewed Dr. Peter McCullough, expert cardiologist who helped develop early treatments for COVID. Alas, those who support safe, cheap, and well-known therapeutics to prevent hospitalization and death from COVID have faced censorship, slander, and lawsuits.

To date, Joe Rogan has given these internationally recognized doctors a voice. Millions have heard his interview of Dr. McCullough, prompting vaccine defenders like Dr. Zubin Damania, aka ZDoggMD, to respond. Dr. Damania is an internist and hospitalist who calls his own position “alt-middle.” He is against censorship, vaccine mandates, and questions the value of masks and lockdowns. However, his critique of Dr. McCullough contains more fallacies than data. And he’s far too quick to invoke the word “conspiracy” to dismiss his primary concerns.

Dr. Damania begins by setting up four criteria for identifying misinformation. He first claims that any appeal to conspiracy is a clear sign of false information. He argues that anyone who questions the integrity of government or the media establishment is unreliable. But at this late date, it’s clear that both government agencies and the media have made many mistakes (to put it modestly).

Dismissing the claims of experts who question the establishment is the opposite of a healthy dialogue.

Dr. Damania’s argument is for a religious cult, not for a free people who must hold their leaders accountable. He defends this cultish claim by arguing that when you do science, you should only present data and reasoning without any appeal to any coordinated effort to manipulate information or suppress the truth. This simplistic argument fails to acknowledge the difference between interpreting the medical data and explaining why our government agencies have failed to interpret and apply the data properly themselves. What the data says about the science of COVID and what our government has done with the data are two different things.

Sometimes those in power do conspire to lie and manipulate information for their own advantage. We can’t simply deny this when evaluating what has happened to our country the past two years.

Other Signs of Misinformation

Second, Dr. Damania argues that misinformants never admit they are wrong. Fair enough, and ZDogg rightly admits that regulatory agencies have simply moved the goal posts on pandemic policies rather than admit their analyses were incorrect. However, he does little to show that Dr. McCullough has committed the same error by supporting hydroxychloroquine as an early treatment option. ZDogg pulls McCullough’s arguments out of context and then concedes that one of the studies used against hydroxychloroquine was indeed revoked by The Lancet.

Third, Dr. Damania warns against cherry picking data, a common problem in statistics. Here, ZDogg makes his best points. He accuses Dr. McCullough of using selective, biased data to claim that everyone who died of COVID (not with COVID) would have been saved if given early treatment, that asymptomatic spread never happens, and that a person with natural immunity couldn’t get COVID twice.

The first and second of McCullough’s claims do seem overstated. However, Dr. McCullough later amended his third claim, conceding that the Omicron COVID variant did change enough to allow for some re-infection of those with natural immunity. So, he is willing admit error and correct himself.

Fourth, Dr. Damania cautions against appeals to false authority or fake experts. However, he ignores the fact that corrupted institutions create a circular qualification for authority. Doctors who agree with the establishment narrative are “real” experts, while doctors with equivalent medical expertise who question the establishment narrative are dismissed. As the testimony of Dr. McCullough, Dr. Robert Malone, Dr. Pierre Kory, Dr. Geert Vanden Bossche, and others show, our medical and regulatory agencies are cherry picking their experts. Those who agree with the NIH or CDC are real experts and those who disagree are fringe or fake.

Fifth, ZDogg warns against those who use fallacies such as circular reasoning or strawman arguments to support their claims. But Dr. Damania is as guilty of this as anyone involved in the vaccine wars. Throughout his critique, ZDogg clearly misrepresents what Dr. McCullough has said, equivocates between in-patient and out-patient settings, sets up strawman arguments regarding drug treatments, misrepresents Big Pharma’s financial interests, and cites very little specific data for his own opinions.

Dr. Damania is right to frame his critique of Dr. McCullough within a concern for our very polarized and unstable culture. Bias and paranoia have influenced thinking on all sides of pandemic issues. This is why the media should foster open dialogue, as Joe Rogan has done.

Unfortunately, although he calls for free debate, ZDogg’s critique of Dr. Peter McCullough, whom he calls “monomaniacal” and “off the rails,” will only make things worse. Dismissing the claims of experts who question the establishment is the opposite of a healthy dialogue.

Annie Crawford is a classical educator and cultural apologist who lives in Austin, Texas. She writes and edits for An Unexpected Journal, a periodical exploring the relationship between faith and imagination. Learn more about her work at anniecrawford.net