Your Vote and Your Voice Make a Huge Difference. Here Are the Numbers 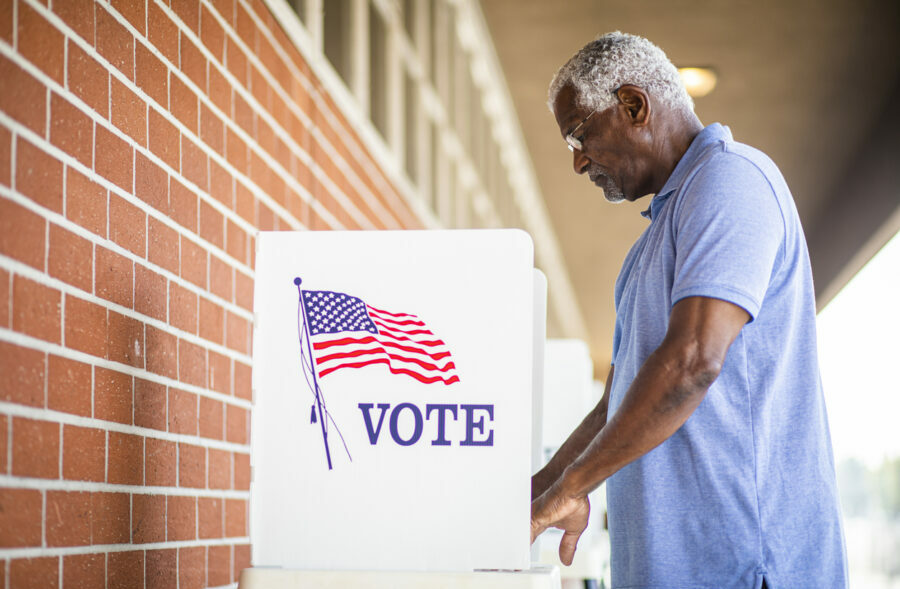 On Thursday, I went into Shiloh Missionary Baptist Church, the nearest polling place to our new home in Richardson, Texas to cast my early vote for the midterm elections.

I went down the line of statewide candidates looking at the races that included our Governor and Lieutenant Governor, my new state representative, and cast my vote enthusiastically for my friend and former client – State Senator Bob Hall.

Then I got into the county-wide candidates and the bond propositions for Richardson ISD and other local issues.

I made my decisions, feeling good about most of them since I had done my research – printing off my ballot and thinking through the choices. But on one local issue I didn’t know exactly if I had made the right choice. I walked out knowing I had to live with the choice I made.

Does One Vote Even Matter?

I cast my vote – my 1 vote – among over 4,227,631 Texans that had gone to the polls by Thursday evening the second week of early voting. (Source: Ryan Data and Research)

Every time I go to the polls, I have this sinking feeling and thought that plagues my mind – “Does my vote really matter among all of these people?”

Now – what is crazy about that thought is – I mobilize Christian voters for a living. My whole life is consumed as a former political consultant and as a minister with finding the awakening Church. Then plugging them into habits of prayer, voting, and engagement for the wellbeing of America. I founded a discipleship ministry on civics that communicates every day around the nation about the power of our vote and the importance of taking Jesus to the ballot box – meaning our biblical values.

I think about the effects of voting every day and yet I, even I, like many other Christians had the enemy whisper in my ear, “Does this act of casting a single vote really matter?”

Then I started thinking about a lunch I spoke at on Wednesday at Dallas Baptist University where over 100 students gathered to hear me speak as an alumnus on leadership and the mission of prayer, voting, and engagement.

Let’s just say that all these students are 20-year-olds, and they live to be 80 as an average. If they vote an average of 2 times a year for 60 years, that is 120 votes cast. That alone is impressive as the effect of one person.

Now if those same 20-year-old students share their new voting commitment and love for their nation with others – convincing 20 other people to follow the same habit for the same period of time, that is another 2,400 votes added to the equation.

If those 20 people did the same thing at a minimum – impacting another 400 people – that is now 48,000 votes impacting the nation.

Together in just 3 generations – we are now at 50,520 votes that started with those 100 DBU students.

That is called multiplication.

Friends – these are real numbers that can shift a whole state or regional area.

Here at Christians Engaged we are now communicating this week with over 75,000 people on this midterm election in only our 3rd year of ministry. People all over the nation are continuing to take our pledge to vote in every election. Partnering with national ministries like The Stream, we can shift voting patterns all over our nation. Do the math on that!

If we reach my 2024 goal (No, I don’t sleep!) to be impacting over 1 million people by the Presidential election with our communication system and if they start voting in EVERY election and voting biblical values – I thrill to think about that national impact. At 120 votes per person through their lives – that has the potential to be 120 billion votes cast over 60 years.

That’s the exponential impact one person can have on our nation by just moving people to vote – not just in this Midterm election but EVERY election for the rest of their lives. We can change our country for the better.

The significance of just one vote, one voice, is huge. I must turn off that lying voice of Sloth inside my head and you must too.

For the Want of a Nail

Remember the 2000 Presidential Election? George W. Bush won the electoral college with 271 votes to Gore’s 266 but lost the popular vote by 500,000 votes. The final official Florida count gave the state to Bush by only 537 votes. Those 537 Floridians made the difference and affected the nation forever.

Can you imagine if those people in Florida had listened to that doubting voice in their head and stayed home? The effect they had on not just on the victor of that race, but the nation was exponential.

Why Don’t Christians Do Better?

Do you know that people that call themselves “born again Christians” nationwide (whether they are Catholic or Protestant) only vote at a 2% higher rate than the country at large? (Source: George Barna 2016 report)

There is not much difference between us and the general public. This should not be!

Can you imagine the impact we’d make if we’d prioritize voting in the same manner we do binge-watching the latest hit show or sports game?

Make a plan now to vote your informed conscience on Tuesday by adding a reminder to your calendar. Then we need to make a commitment to vote in every election for the duration of our life.

We need to understand the importance of the times in which we are living. Let’s be diligent to be good disciples of the Lord and faithful citizens of our nation:

See then that you walk circumspectly, not as fools but as wise, redeeming the time, because the days are evil. Therefore do not be unwise, but understand what the will of the Lord is.” (Ephes. 5:15-17)