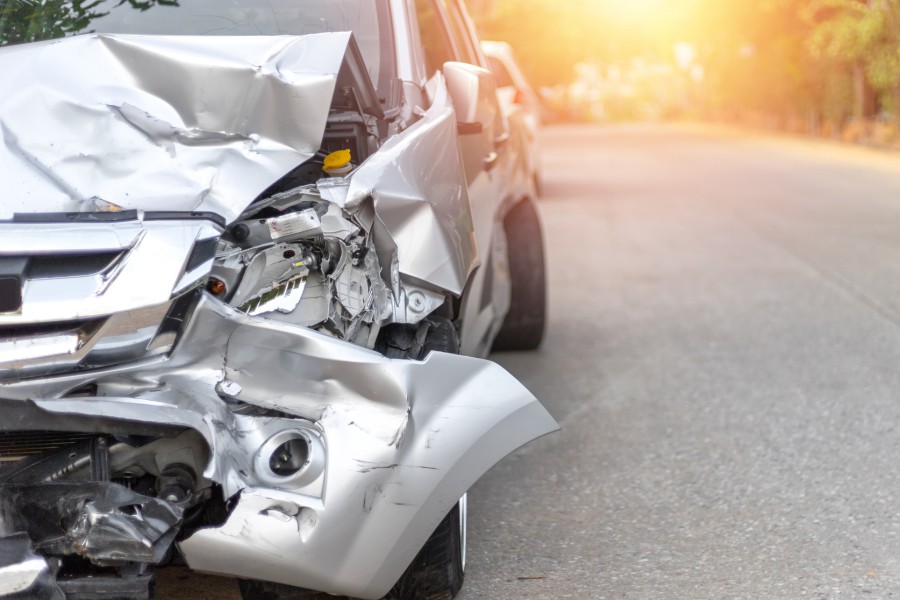 It was almost like dropping a bowling ball onto a paper cup. The twenty or thirty ton cement mixer cut in front of an older friend at an intersection and crushed her little compact car. If she’d gotten to that spot a second earlier, she told me, the truck would have hit her squarely in the side and she’d be dead.

Almost everyone has stories of the time their lives hung by a thread, where just one second made the difference between living and dying. Your life was not your own. You could do nothing to keep it or to lose it. Something saved you.

Even Christians can talk about these events as if they were just lucky that time. Roll of the dice. Win some, lose some. Stuff happens.

But what if it isn’t just a roll of the dice? What if it’s God? And what if He saves us far more often than we can possibly know?

We all have reasons to believe that something or Someone watches out for us. Not proof of the sort you’d need in court, but enough proof to be thankful.

Some years ago, I was driving in to the seminary where I then worked to preach in chapel. It was the beginning of the church season of Advent, when the readings point us to the Second Coming. I would be talking about it as the season we should consider not just the end of history, but the end of our own earthly history.

As I started through an intersection, a car running the red light shot through the intersection a few inches in front of my bumper. He’d come flying down the steep hill to my right. If I’d been in the intersection a half-second earlier, I might not be alive now. I would have died on the way to talk to people about dying.

When I told that story, a friend told the story of driving at dusk on an interstate with his family, out in the country without much traffic. Everyone was singing along to the radio. He looked down at the controls for a second. When he looked up saw a pair of headlights coming straight towards them. He swerved out of the way in time.

The driver must have turned on to the highway offramp thinking it was an onramp, and started driving fast in the wrong direction. “A second’s difference in my seeing them would have killed all of us in a head on collision,” my friend said.

Some years ago I was eating dinner at a conference. One man, a bit of a celebrity, talked and talked while eating. He entertained the table. During an announcement, with everyone looking away, he started choking on a piece of meat.

We turned back to him to find him grunting and waving his hands and even then no one realized for a few seconds that he was choking. No one knew what to do. He was a portly man and I couldn’t have gotten my arms around him.

He started turning blue. From the kitchen came a huge man, one of the dishwashers, who happened to know the Heimlich maneuver. He picked up the speaker and pressed his stomach hard a couple times, and the meat popped out of his mouth. Had he not been there, the man would have died.

Almost everyone has stories like this. Probably many more than they remember. You could have died, but you didn’t. A second earlier, a second later, and parents will have lost a child, a husband his wife, children their mother.

I’ve often wondered how many dangers we’re delivered from without knowing it. You’re leaving the house and duck back inside to grab something you forgot, and that 47 seconds is the difference between being hit by a speeding car and driving safely down the street. But you don’t know that God whispering in your ear, “You forgot your book,” is the thing that kept you from dying.

We must have many thanksgivings to give we don’t know anything about. We go through life oblivious to the dangers that surround us and to the ways God protects us.

Let’s assume He guards us even when we think life is just going on the way we expect it to. Let’s say “Thank you” when we don’t know what He’s done. Because the God who loves you and died for you is watching out for you in ways you can’t possibly know.