Yes, ‘MAGA Has Outgrown Donald Trump.’ But We Still Need Trump in 2024 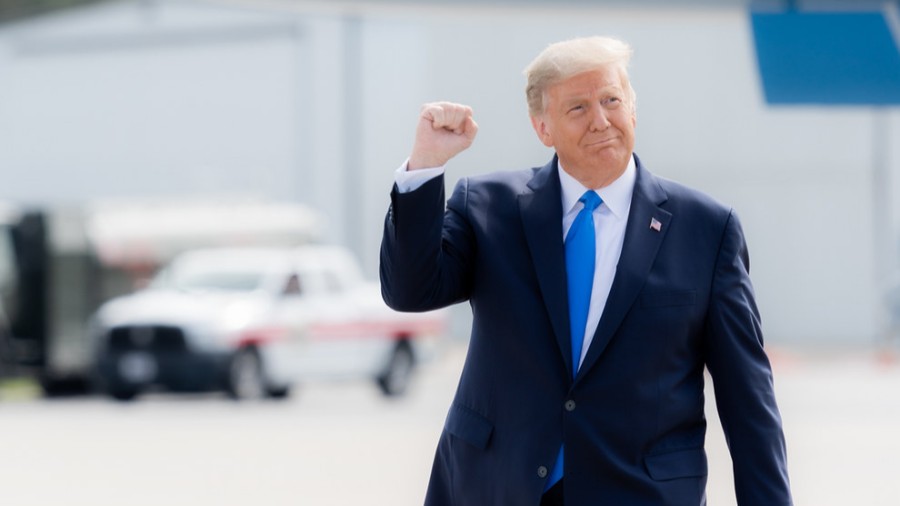 In a fresh new article, my pal and colleague John Zmirak argues that “MAGA Has Outgrown Donald Trump. We Need Donald 2.0.” Being John, of course he makes a passionate, convincing argument. Well, almost convincing.

Yes, MAGA has grown bigger than Donald Trump. Yes, he has taught a new generation of Republicans how to fight the fray. If I’m a Democratic strategist, I’m having many a sleepless night worrying about how the political offspring of Donald Trump are going to make my life miserable for a generation.

How many other Winsome Spears are coming my way? Or Glenn Youngkins? Or Scott Presslers? Or Edward Durrs? Or Mama Bears who go from fighting radical school boards to fighting The Squad in Congress?

And yeah, a MAGA candidate in 2024 who has the Trump toughness and smarts and instincts and policy positions, but not the flaws, would be a dream. (For America, not for late night comics and cable news. They’re in free fall without the Orange Man.)

However, I see two problems with another candidate: One psychological, the other practical.

First, the psychological problem. John left out the Great Theft of 2020. I simply do not see how the MAGA Army moves forward without Trump until the nation does right by Trump. Until there is official recognition in some fashion that he was rightfully re-elected and the election stolen from him. And for that matter, official recognition that his administration was sabotaged by the Clinton-Obama-Biden Russia Collusion black op.

The majority of Americans who voted for Trump were robbed. Not just in terms of the stolen 2020 election. In terms of the political dirty tricks — the real attacks on democracy — of the “Russia, Russia, Russia” and the impeachment scams.

They need justice. They need restitution. The majority need to see the 2020 election reversed, if not literally, at least figuratively. They need to see Donald Trump back in the White House.

The nation needs to overwhelmingly re-elect him in 2024. For America to offer a rousing “Let’s Go Brandon!” to the Deep Staters, political machines, Big Tech tyrants and bitter, small minds of the MSM.

Dang it, the average citizen is saying: It’s our country, and we’ll say when we’re through with Donald Trump. Maybe that’s January 21st, 2025. But we need to make 2020 right.

For the party to try and move Trump aside, if he wants to run again … and he’s giving every indication he’s running … is to push the MAGA Army aside. It’s asking them to abandon Trump in a bruising, damaging primary fight. If he’s in, they’re in. They will see any effort to push past him as the “establishment” trying to regain control. If they see that, they’ll bail on the party.

Who Else Could Fix the Mess Biden is Creating?

My other reason for believing we need Donald Trump in 2024 is strictly, purely practical. If Joe Biden and handlers were doing a typically bad job of it, perhaps Trump wouldn’t be necessary. His vindication would be a MAGA congress and a MAGA president. And a slew of Durham indictments.

However, Biden is making such a colossal, catastrophic mess of everything his shaky hand touches, only someone of Trump’s “unique set of skills” can put the country back together again. In other words, we need the original, the incomparable Donald Trump.

First off, he’s the only person living who can say he turned the American economy into a powerhouse, with record employment and wage increases across the board — particularly for minorities. Who gave us energy independence, Middle East Peace, dramatically weakened our enemies, and scared the daylights out of those who’d do us wrong.

He made America Great Again. He has the proven Oval Office experience at fixing messes large and small.

That is no small thing. That he didn’t do some crucial things — like clear out the Intelligence Community and FBI or recognize the threat from Inside the Beltway Republicans  — does not diminish the staggering list of things he did do. In the very job we’re hiring the next president to do.

Second, the Biden Regime will have left the nation in such bad shape that we need someone who is both tireless and crafty. Part Iron Man, part Houdini. Someone pragmatic who thinks creatively. Someone who is (for all his pugnaciousness) an optimist. A builder. A salesman. A can-do guy.

With all love and respect to Brother John, who else fits the bill? Yeah, somebody might have the goods. (See Gov. DeSantis. Or Mike Pompeo.) And there’s some serious talent moving up the ranks. But with the desperate situation we’ll be in by the time this regime is done, we can’t take chances. We’re not even going to have time for a learning curve.

So What’s the Key?

Is there a way to reconcile John’s desire to move to Trump 2.0 and the reality on the ground? Yeah. Think 2026. And making sure Trump’s 2024 Vice Presidential pick is what the doctor — Dr. Zmirak in this case — ordered.

Then with the nation having gotten back on track, with restitution for the Russia hoax and 2020 made, President Trump can retire on his terms, and hand the reigns to a deserving and equipped young heir. And America as it returns to greatness can celebrate its 250th anniversary with a new burst of freedom.