“We are seeing the hand of the Lord guiding history,” says Yehudah Glick, former Member of the Knesset in Israel. He praises the Mideast peace plan recently unveiled by President Trump. 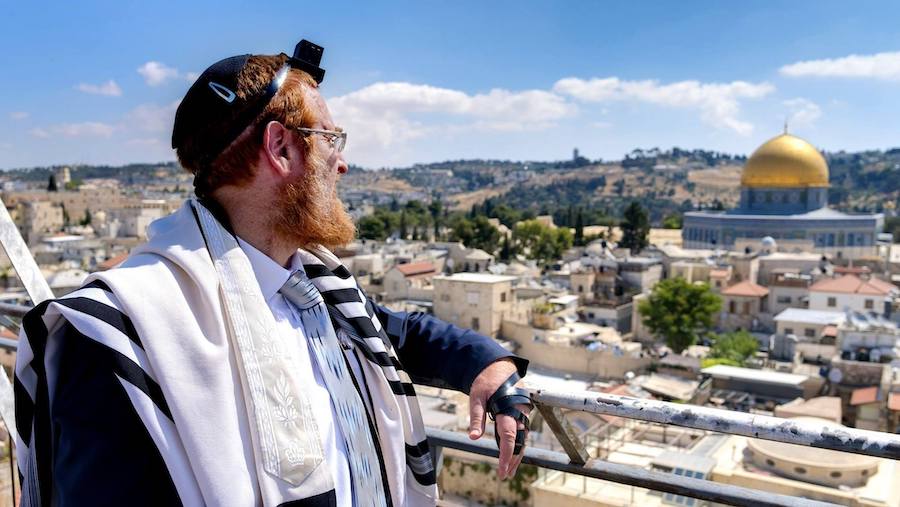 “We thank God for the miracles and positive steps,” said former Knesset member Yehudah Glick of President Trump’s Middle East Peace Plan. “Yet we must not forget that there is a ways to go.”

Late last month, President Donald Trump unveiled his long-awaited plan. The plan remains a hot topic — especially in Israel. Glick, who resides south of Jerusalem with his family, brings a unique perspective to the issue. He served for three years in the Knesset, the governing legislative parliament in Israel. Now, through nonprofit group Shalom Jerusalem Foundation, he advocates for religious freedom in Israel.

“Jerusalem should be known as the world capital where freedom of worship and Bible study flourish.” – Yehudah Glick

The peace plan outline, however, has stirred conflict even among natural allies. While many praise its novel approach, others say it reflects a U.S. pullback.

In a phone interview with The Stream, Glick discusses the peace plan and recounts how he survived a violent terrorist attack. He also reports on the epicenter of religious freedom battles: the Temple Mount in Jerusalem.

‘Cheers And Tears’ Over Trump Plan

What is your response to the so-called “deal of the century” announced by President Trump?

Yehudah Glick: We are seeing the hand of the Lord guiding history. Many aspects of this plan cause us to bless God.

President Trump announced that he recognized the right of the Jewish people to implement Israeli law on the Jewish settlements all over Judea and Samaria. That’s a marked change from several anti-Israel international groups. 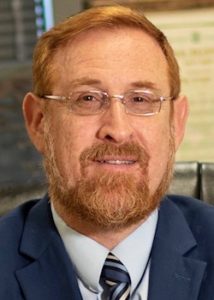 He also stated that Jerusalem is united as the capital of the State of Israel. That silenced talk of dividing Jerusalem. The plan states that prayer on the Temple Mount should be permitted for all people of faith, no matter what religion.

Importantly, the president of the strongest nation in the world said essentially one thing. Terror and peace don’t go together. If the Palestinians want peace, they have to immediately halt terrorist activities.

Now, some observers of this plan are disturbed by parts of it that are not yet complete. This response brings to mind the Book of Ezra, chapter three. It recounts the celebration following the rebuilding of the temple.

Those Israelites who had worshipped in the first temple cried out in a loud voice. Seeing the second temple, they viewed it as inferior to the first one. At the same time, there were shouts of happiness. And the nation could not tell the difference between those raising their voices in cheers or tears.

In the process of redemption, there are tears and joy. Every step in the process demands we thank God for that step.

You’ve personally encountered the terrorism of which you speak. Could you recount that attack?

Glick: Six years ago, there was an event that Jews, Christians, and Muslims, left and right, all participated in. We were speaking about the freedom of worship on the Temple Mount. I was approached by a Muslim from the Islamic Jihad movement.

He came over to me and said I was an enemy of Al-Aqsa, the mosque on the Temple Mount. Then he shot me point blank, four bullets at the center of my body. I was critically injured but, thank God, I survived. Millions of people around the world were praying on my behalf.

I went through ten different kinds of surgery including half of my lungs being reconstructed. I owe a lot to the wonderful Israeli medical system — and to law enforcement.

That same night, after a lot of investigation, the Israeli authorities located my assailant and came to arrest him. When they knocked on his door, he went up to his roof. With the same pistol he used to shoot me, he started shooting at the policeman. They managed to overcome him and to take him down.

How did that incident serve as a catalyst for your current nonprofit work?

Glick: Since surviving that attack, and now having retired from the Knesset, my life has been devoted to promoting Jerusalem as a center of faith in God. There are great dangers if Jerusalem were to become a city of violence.

Jerusalem should be known as the world capital where freedom of worship and Bible study flourish. Through the Shalom Jerusalem Foundation, we can see this become a city that unites believers in God from all around the world.

The blessing of God to the people of Israel is simply so they can be a blessing to the nations. All our activities are directed to this purpose. People can sign up to receive guided tours of the Temple Mount, and leave prayer requests which will be placed at the Western Wall.

When encountering vocal critics of Israel in the media or public square, what is your response?

Glick: Israel is the only democracy in the Middle East, the only place that allows freedom of religion to all. Our nation encourages the freedom of people to worship in a church, mosque, or synagogue, and allows us to live out our faith.

Whether in hotels or hospitals or businesses or universities, you see Jews, Christians, and Muslims working together in Israel. Of anywhere in the Middle East, Arab Israelis are living with the highest quality of life. We’re proud of that.

It’s the same story in the Israeli Parliament, the Knesset. It consists of Jews, Christians, Muslims, Druze, and immigrants from all over the world. When a Knesset member, I was involved in bringing together Jews and Christians for common good. Personally, I established a caucus that encourages dialogue between Jews and Muslims.

In the Knesset, I was very active in the anti-smoking cause. Much of the legislation only passed thanks to cooperation from Muslim members. Some believe it is against their religion to smoke. The same with pro-life activity, which advanced with help from Muslim members, among many other issues.

Today, Jews, Christians, and Muslims all consider the Temple Mount to be a sacred place of worship. What policies are you advocating to change regarding this space?

Glick: Unfortunately, there is still not freedom of worship on the Temple Mount. Right now, prayer is allowed only for Muslims. Either a Jew or Christian who comes with the Bible, the Torah, is not allowed. People of faith are not allowed to bring oil or candles or anything religious.

“Unfortunately, there is still not freedom of worship on the Temple Mount. Either a Jew or Christian who comes with the Bible, the Torah, is not allowed.”

Faithful people who respect each other are a natural part of this sacred space. In this case, I believe in evolution rather than revolution. As more and more people show presence on the Temple Mount, these issues will be resolved.

Religious Freedom at the Epicenter

What is on the horizon as you advance the mission of your nonprofit group?

Glick: Right now, I am active in organizing a conference coming in January 2021 — the first Jerusalem International Bible Conference. People from all over the world will come to study the Bible, reflecting how Jerusalem is the city of the Word of God.

What will make a change is when people speak up for justice. Speak up for the right of Israel to survive. Not only is Israel the only democracy in the Middle East. For people who love God and His Word, Jerusalem serves as the spiritual capital for believers worldwide.

Learn more about the work of Shalom Jerusalem Foundation, and explore The Stream’s complete coverage of Israel and the Middle East. Watch the news report below regarding the attempt on MK Glick’s life.