Would a Muslim President Govern Any Differently from Obama? 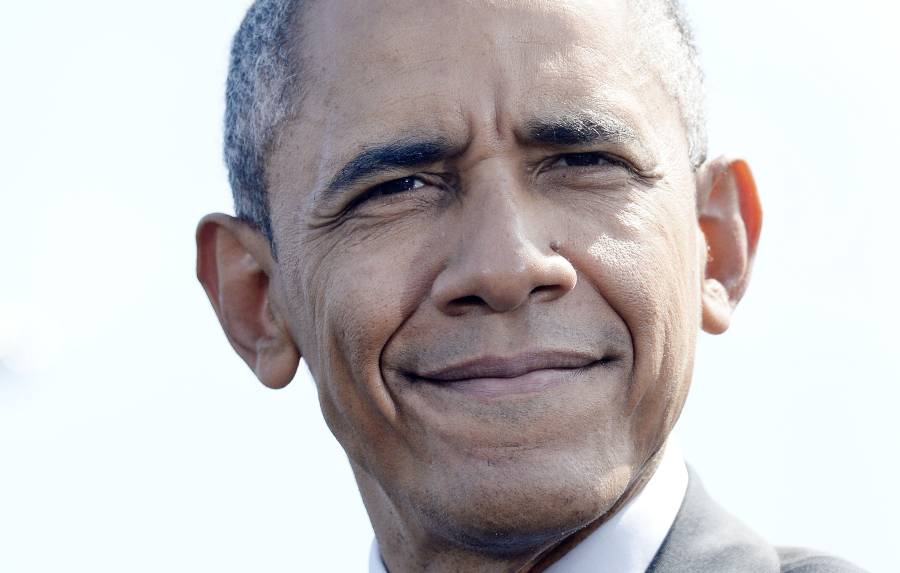 Was Ben Carson right to rule out ever voting for a Muslim U.S. president? Ted Cruz’s rejoinder that the Constitution forbids a religious test for public office was correct but off point, as Jonah Goldberg pointed out: No one has a Constitutional right to our votes. If you think a Muslim president would be a bad idea, then you would be perfectly within your rights to vote accordingly. The interesting question is whether one would be rational to vote that way.

Certainly, if a candidate were a pious, orthodox Muslim we would be crazy to do otherwise. It’s hard to imagine, but let’s say that a Sharia-observant, devout Muslim were to enter the Democratic or Republican primaries this year. When asked about his political philosophy, he would explain with perfect candor that all legitimate law comes from the Quran and the authentic hadiths reflecting the teachings of Islam’s founder, Muhammad. The moral law is contained in the infallible and unchangeable tenets of Sharia. They apply to every country on earth for all time, and are subject neither to revision nor rational criticism. Furthermore, the example of the “prophet” Muhammad is definitive and perfect. He is the ultimate model of conduct, so if he engaged in a practice then it is good and we should imitate it. Muhammad consummated a marriage with a 9-year-old girl, so for pious political Muslims, that is the appropriate age of consent. Hence Iran, after its Islamic Revolution, wrote that age into its laws.

As Robert Reilly documented in The Closing of the Muslim Mind, mainstream Muslim thought denies that Allah and his decrees are permeable to reason, since Allah is not subject to it. Unlike the dominant Jewish-Christian image of God, in mainstream Islamic thought, Allah does not contain ultimate Reason within himself, such that it would be impossible for him to act irrationally. Allah embodies not perfect Reason but absolute power. He could choose to damn the righteous and reward the unrighteous, since he is bound by no internal law. Pope Benedict XVI explored the deep implications of these Islamic tenets in his famous address at Regensburg.

Reilly notes that leading Muslim theologians considered empirical science to be essentially blasphemous, since it attributes causality to material objects: We say that a window has shattered because a stone smashed through it. For the Muslim purist, that is not the reason. It shattered because Allah willed it. Next time he might will the rock to bounce off the glass, or turn into a chicken. (Hence the almost universal Arabic caveat uttered after making any plan or prediction: “inshallah,” or “if God wills it.”) Reilly traces the slow technological and economic development of Muslim countries to the anti-rational precepts that dominate Muslim thinking about God. Those rockets that Hamas and Hezbollah fire at Israeli civilians were invented in Judaeo-Christian countries.

Ben Carson paid Muslims a back-handed compliment by taking their religion and its tenets with absolute seriousness, and assuming that individual Muslim politicians would do the same. In fact, no Muslim anywhere in the U.S. could be elected to a school board if he openly asserted that Sharia should be the source of our civil law — as many Muslims assert in their European enclaves. Is it really so controversial to state the obvious? Sharia law is incompatible with our Constitutionally-protected rights to freedom of speech and religion.

While there are some Muslim intellectuals who are trying to reconcile classical liberal values with Muslim tradition, the kind of Muslim who’d be likely to run for office, whom we will probably see in coming decades, would no doubt shunt aside many aspects of Islamic law: He would not advocate the death penalty for sodomy, adultery, or apostasy from Islam. He would probably not even try to legalize polygamy —  leaving that for the secularists on our Supreme Court to impose. Strict Muslims would label him a heretic, as Islamists today condemn Arab leaders such as Egypt’s Muhammad el-Sisi. So would this candidate’s Muslim identity make any difference at all?

I think that it would. The sheer number of issues on which such a Muslim would have to compromise his faith probably rules out the likely prospect of a conservative, Republican Muslim candidate who would cooperate with Christians to fight abortion. The kind of person who cares deeply enough about moral issues to take on elite opinion would probably also take his own religion seriously. If he rejected Sharia, such a person would leave Islam. A secularized Muslim who advanced in American politics would almost certainly do so on the Left, riding the tide of fashionable multiculturalism, which in England has led to the alliance of radical politicians such as George Galloway with full-on Islamist imams.

The only aspects of such a candidate’s Muslim identity that could be put into practice in American politics would be those compatible with the rest of the Left’s agenda. On foreign policy, he would surely oppose Israeli interests, within the boundaries of what is acceptable in American politics. So he would favor treaties over sanctions with countries like Iran. He would use the rhetoric of democratization to favor Islamist movements in Muslim countries against the secular dictators who try to resist them — and hence he would support attempts to overthrow rulers like Mubarak in Egypt, Assad in Syria, and Gaddafi in Libya. When he was compelled to address atrocities committed by groups like ISIS, he would be careful to cite whatever horrors he could dig up that were once committed by Christians, for instance during the Crusades.

Are you getting the picture yet? No, President Obama is not a secret Muslim. His early years spent in an Indonesian madrasa marked him culturally and politically, but did not convince him that the Quran is divinely inspired. Still, it is clear why people have their suspicions: The only kind of Muslim remotely electable in America would have to govern as Obama has, rejecting the patriarchal aspects of that faith, and instead promoting multiculturalism at home, and anti-colonial leftism abroad. So maybe Dr. Carson’s worries are already moot. We have been there, and done that.