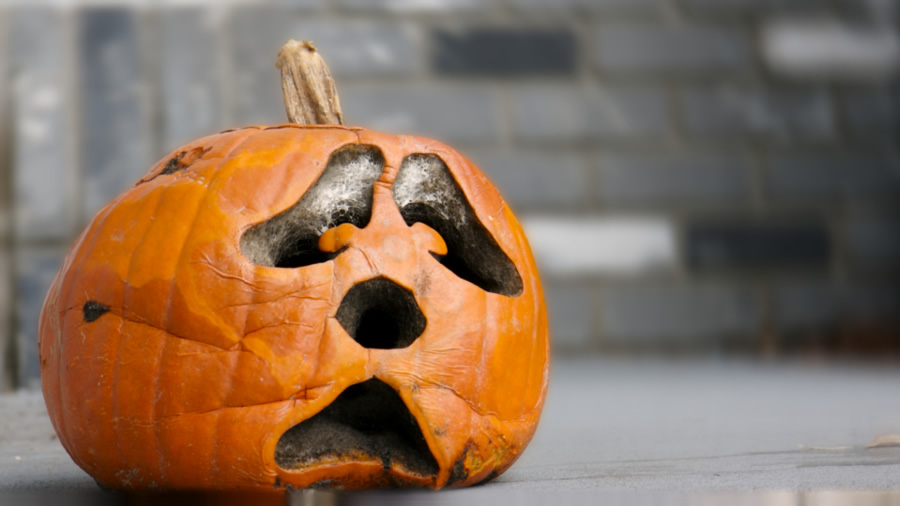 Halloween 2019 is two weeks away, and the holiday has never made me this anxious. It’s not the ghosts, witches and goblins. It’s not the open doors for the occult. It’s not the thought of masses of neighborhood kids tearing up my yard. It’s not even the knowledge that the remaining “treats” bought for those kids will end up in my tummy, destroying my past month’s dieting.

No, I am terrified anything I do will trigger the woke supremacists that now rule our streets and society. (For more on “woke supremacy,” see here.)

What Costume Could I Possibly Wear?

What if I decide to dress up? What could I possibly go as that won’t set some woke supremacist screaming and shredding their garments? One year I went as Slash from Guns-n-Roses. But today that would mean celebrating a misogynistic lifestyle. The bottle of Jack Daniels I carried around? It came from a state trying to inhibit a woman’s “right to choose.”

I’ve dressed as Rainbow the Clown. Sure, clowns create a smaller carbon footprint because they all travel in the same car. But putting on white face? That’s enforcing my white privilege. And a rainbow? Gaia forbid I use a rainbow for anything other than an LGBTQ rally.

I’d love to go as a Washington National to celebrate our first World Series appearance. But national means “nationalist,” making me a Nazi xenophobe. Plus our caps are red, which means MAGA, so by definition, the hat is racist.

Here’s the scary part. I can’t even NOT wear a costume. I can’t even go as myself. I mean, a “white conservative America male over 50”? I’m the epitome of evil by woke definition. My very existence is a threat.

Oh, well. I guess I’ll have to fill up the ol’ plastic pumpkin with candy and leave it on the porch. Oh wait. plastic. I’m destroying the planet. And then there’s the candy itself. Oh, no! The candy!

What Candy Could I Possibly Give Away?

The woke supremacists will have an ozone-wrecking cow if I hand out the candy I want to hand out.

Snickers — A snicker is condescension, which would hurt any snowflakes that land on my doorstep. And I won’t have time in the next two weeks to build a “safe space” in the front of my house.

Smarties — This could make those children who don’t do as well as their classmates feel bad. Maybe I can ask my wife to create participation trophies out of smarties.

Almond Joy — “Who can be joyful as long as Trump is president?!”

Reese’s Peanut Butter Cups – The packaging is orange. Clearly a signal for the Big Bad Orange.

100 Grand bars — 100 Grand bars are my favorite. But glorifying capitalism? How dare I? Besides any 100 grand I have, Bernie Sanders and Elizabeth Warren are going to eat up 90% of it before I have a chance to give it to some little cherub or princess.

Milky Ways – Milk comes from cows. Cows are destroying the planet. Besides, the Milky Way is a galaxy, which we learn from astronomy, which is a hard science, like math. And math, we’re told by CNN is racist and drives inequality. Do I really want to take that chance?

M&Ms: You’d think I’d be safe since it’s a mix of colors. Wrong, you racist! The mix is not exactly proportional. And the woke supremacists insist on equal outcomes. A blogger did some research in 2017 and discovered that brown M&Ms are under represented compared to green, blue, orange, red and yellow. Interestingly, according to M&M’s website in 1997, Brown was the top color. However, in 2008 Mars flipped the color distribution. Blue was the new top color at 24%, with Brown becoming the least utilized color at 13%. So if you think I am going to hand some kid definitive proof of racism and xenophobia, think again!

Oh, I give up. I’ll just dress up as a liberal and give away someone else’s candy.