Born 117 years ago, Violet Mosse-Brown says her faith has given her longevity. 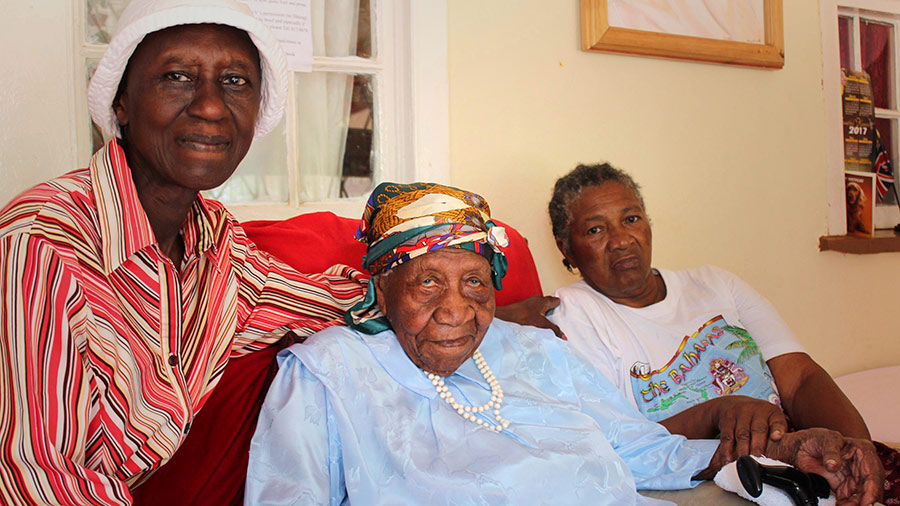 A 117-year-old Jamaican woman recently became the world’s oldest living person. She’s still able to be up and around a bit and talk with lucidity. Her secret? Her faith and serving God.

When asked what has contributed to her long life, she says, “My faith in serving God, and believing strongly in the teachings of the Bible.” She is especially fond of the scripture, “Honor your parents that your days on this earth may be long,” reported CBN. She also said she worked hard and ate well. “I don’t eat pork and I don’t eat chicken,” she said, “But I eat any other things: greens, mutton, beef, fish, that’s what I eat.”

Violet Mosse-Brown was born on March 10, 1900 to a Christian family in Duanvale, Trelawny, Jamaica when it was still part of the British Empire. She still lives in the town.

Baptized over 100 years ago at the age of 13 at Trittonville Baptist Church, Brown still remembers the Bible verse Rev. A.G. Eccleston gave her that day. “I cannot forget that on my baptismal day the pastor gave me the Scripture, Psalm 119:133 to keep in my heart: ‘Order my steps in thy word: and let not any iniquity have dominion over me.’ From that day, I have not forgotten that Scripture and I allow it to lead and direct my life,” she said to the Jamaica Baptist Reporter.

Brown spent her life serving her church in various ways. She was recently honored for her more than 80 years of service to her church, much of that spent in children’s and music ministry. Brown has given “many years of dedicated service to the church and many of the songs that the church members and choir now sings, they learnt it from Sister Brown,” said her pastor, Rev. Harrif Allison. He added that the community agreed that Mrs. Mosse-Brown’s legacy is “undoubtedly that of a Christ-centered and spirited contribution to the work of Christ in Duanvale and Sherwood Content in Trelawny.”

The world's oldest human is Jamaican Violet Brown, who was born on March 10, 1900. Congrats Violet. pic.twitter.com/AnjXdHK1Kz

Brown told the Jamaican Baptist Reporter exactly what she does that contributes to a long life: “I love God, memorize His Word and follow His way.”