They Thought the World Was Flat, and Other Science-Religion Fables You’ve Been Fed 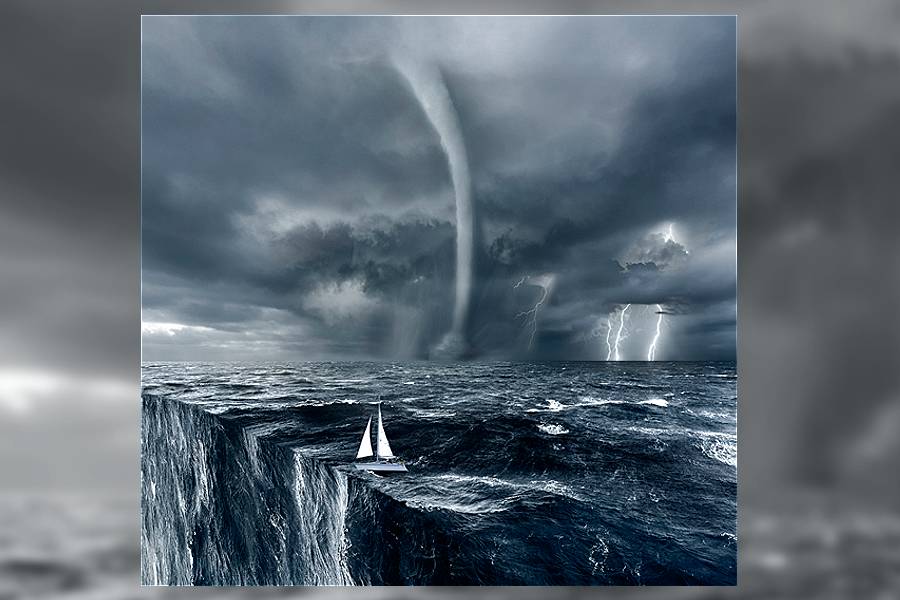 A pastor friend mentioned recently how’d been sharing the gospel with an unbelieving friend who’d been brought up in the church, but left when no one could answer his questions about science and Christianity.

It’s tragic, but not unusual. I’ve heard the same story many times, and it never ends well. I’ve seen young people with questions about the faith find the answers themselves, but that’s rare. Far more often they walk away completely. Is it because we’re not sure the answers exist? Or maybe we think they’re too hard?

Science-and-faith questions seem especially hard. But here’s what makes it so: Myths. Not Christians’ myths about science, but secular myths about Christianity and science. And here’s the biggest one of all. You’ve heard there’s some big conflict between religion and science? It’s not true. It has never been true. You and I and our kids have been sold a bill of goods. The truth is, Christianity is the best thing that’s ever happened to science.

I know, I know, that’s not the usual line, is it? I’ve heard the laughter often enough: “Ha ha! You cannot be serious!” Yes, I am serious. The ones who laugh are the ones who are misinformed. They’re powerfully misinformed, I’ll grant you. They’ve got all kinds of rhetoric on their side.

False Facts You’ve Been Fed About Christianity and Science

They’ve accumulated mounds of evidence showing how the Church persecuted Galileo, and then fought tooth and nail against science during the Scientific Revolution. They’ve shown how science can explain the world without any need for God. They can tell you how unwise it is to think faith works as a way to know anything (including God). They’ll tell you science proves miracles are impossible.

They’ll tell you all that, and they’ll speak it with authority so that we swallow it whole. Every word of it is false, though. Every single point is completely wrong.

If we can be misled this badly on something this straightforward, we’d be wise to wonder what other fables we might’ve bought into.

There’s a lot to cover there, so I’ll spread it out over several articles. For today I have just one goal in mind, which is to use a single surprising fact to demonstrate the power of these myths. Maybe you’ve already heard the truth about this one; if so, I’ll bet you remember what an astonishing revelation it was. If not, prepare to be surprised.

An Easy Example to Start Out With

Like some other religion-science myths, this one takes us back to the medieval world, the world of darkness, the world of ignorance, when everyone took the Bible literally and without question. They saw in its pages that the world is flat, so that’s exactly what they believed. Columbus finally took the brave stand of saying the world was round instead; and then he and his crew took an even braver move by sailing west to prove it. He returned safe, and the people’s false belief in a flat earth finally began to crumble.

Sound familiar? That’s how I learned it. It’s a fable; a myth. It is completely and totally false. And you won’t believe where the myth came from.

The truth is, everyone in the Middle Ages knew the earth was round. Everyone. Medieval teachers used one book to explain the cosmos. Titled Sphere, it was “the book everybody read.” based on their Ptolemaic, earth-centered view of the universe. And there in the middle of it all was the one central sphere, Earth.

They even had a good idea how large the earth was; in fact, that was old news by then. The Greek mathematician and geographer Eratosthenes had gotten it right within just a few percent around 200 B.C.

Columbus Was Wrong Even Though He Was Right

It’s true that investors and rulers resisted Columbus’s plans to sail west to the East Indies (as we call them now), but it wasn’t because they thought he’d fall off the edge of the world. It was because they knew how far the trip would be. They knew that he had grossly underestimated the distance from Europe to India. So they seriously doubted he could make it alive.

They were right, too: If he and his three ships’ crew hadn’t unexpectedly run into the New World they’d have surely perished. They traveled about 3,800 miles, as the crow flies. If they’d actually sailed all the way to Papua New Guinea, the trip would have been at least three times further, and that’s assuming they never had to tack against the wind, and never wandered aimlessly about the ocean. They were doomed when they set out, had not Hispaniola suddenly appeared before them

(The shortest distance, along the Great Circle, would have been about 10,000 miles, but Columbus wouldn’t have sailed that route!)

You Won’t Believe Where the Myth Came From

Yes, it’s false. You’ve been fed a line. And wait till you hear where this myth come from! Remember “Rip Van Winkle,” the man who laid down for a nap and didn’t wake up for twenty years? Or “The Legend of Sleepy Hollow,” and its headless horseman? Washington Irving, who wrote both of those stories early in the 19th century, also produced a multi-volume history of Columbus – and a lot of it was every bit as true as his story of a headless horseman.

Apparently Irving thought it’d make a better story if he said people believed in a flat earth in Columbus’s day, so that’s how he wrote it. He made it up, just like Rip Van Winkle. And believe it or not, that’s historians’ best guess of where the flat earth myth came from. It started there, and it spread from there.

Be Careful What Other Fables You Believe

Why did it take hold? We don’t believe a man took a twenty year nap, so why do we believe this other invention of Irving’s? It’s hard to trace the whole story, but historian of science James Hannam says it got a “massive boost” from Andrew Dickson White. White’s book The Warfare of Science and Theology carried tremendous influence for close to a century, even though, in his anti-Christian fervor, White filled it with one false fact after another.

That’s a topic for another article soon to come, though. The point for now is this: If we can be misled this badly on something this straightforward, we’d be wise to wonder what other fables we might’ve bought into. That includes the so-called historic conflict between science and religion, which turns out to be just as much a made-up story as the ones Irving invented. I’ll cover that next here at The Stream.

I Thought Science Was Going to Replace God. I Was Wrong.

‘Cool Story’ About Jesus? You Have No Idea