In the current crisis of trust, global companies are at the epicenter. Now an ethics advisor has compiled how Judeo-Christian principles can restore trust — through repentance and change. 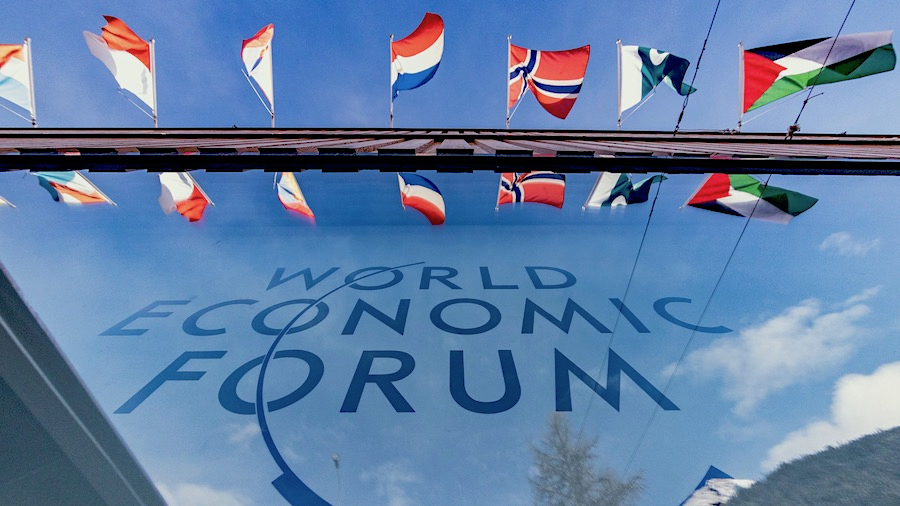 The crashes of two Boeing 737-MAX aircraft claimed 346 lives over the past 15 months. In recent weeks, documents from Boeing employees revealed they knew of its design flaws.

Following the second crash in March 2019, the updated 737 model was grounded worldwide. Trust will not be easily recovered. Can it be? Should it be?

“Through a cataclysmic event or a series of small events, many CEOs today realize that trust has eroded in their enterprise,” said David W. Miller in a phone interview.

On January 21, he presented a new report entitled “Towards A Restoration of Trust” at the World Economic Forum in Davos, Switzerland. “This white paper based in the great wisdom traditions is to help them refresh and rethink their way forward.”

“Based in the great wisdom traditions, [this] is to help them refresh and rethink their way forward.” — David W. Miller

Following years in financial services, Miller earned a master’s in divinity and Ph.D. in ethics from Princeton University. He currently serves as director of Princeton’s Faith & Work Initiative.

Corporate and government leaders listened as he discussed how Judeo-Christian principles speak to the current crisis of trust. In the 28-page report, Miller and coauthor Michael Thate urge honest examination, confession, and confrontation.

Miller offers a metaphor from ice hockey. “After committing a penalty, you’re in the penalty box for a period of time,” he said. “When you come out of it, hopefully you used that time well to think about your actions. What are you going to do differently now?”

When Companies Are In the Penalty Box

As president of the Council on Competitiveness, Deborah Wince-Smith explained why trust in corporations has been declining. “In the past, we didn’t have the internet and social media to bring immediate visibility,” she said. “When there is an incident today with a company’s products or services, it’s very quickly disseminated. That’s the case with Boeing right now.” 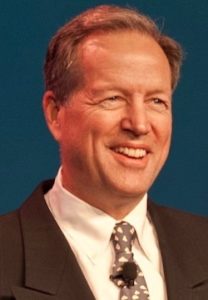 The airplane manufacturer is not alone in facing a crisis of trust. Facebook, Uber, the Catholic Church, nonprofits, and the media have also taken hits this past year.

Then there’s this headline about one of the nation’s largest banks: Fake Account Scandal Haunts Wells Fargo.

“There has been a breakdown of trust between institutions and their constituents,” said Miller. “Once we acknowledge that, how does one restore it? Hiring PR spin doctors and more lawyers may be part of what leaders do, but it’s an insufficient response.”

The paper explores eleven theses on restoring trust. Throughout, the coauthors discuss how the threat of lawsuits has led to complex contracts governing all aspects of business.

“Lawyers try to think of every possible condition and address it in the contract,” said Miller. He contrasts this with a covenantal way of thinking. “When God made a covenant with his people, it was an agreement and not a contract,” he said. “It had an element of good faith in each other.”

What if business practices were directed by more than legalese? “We need contracts and recourse in law, because people do break agreements,” noted Miller. “But a covenantal mindset is a fresh way of thinking about it.”

Both leaders recognize the good that has resulted from competition and free enterprise. “In the post-World War II era, American corporations delivered products, jobs, and economic growth,” said Wince-Smith. “This drove so much of the eradication of poverty in the world.” 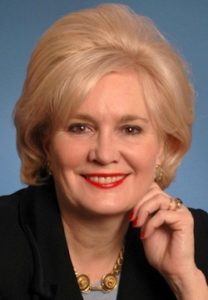 “Corporations can certainly do good,” said Miller. “They can also do harm. Theology and philosophy tell us there are not perfect people walking the earth today. Companies are comprised of people, so there will be breakdowns.”

To apply sacred ideals to corporate governance, the report looks at the wisdom literature of the world’s monotheistic religions.

“These religious traditions all discuss how to live a good life with one’s neighbor and the society in which we live,” he said. “If you injure a neighbor in your community, how do you repent, make amends, and get accepted back as trustworthy?”

Solving the crisis of trust will not be easy for many companies, he notes. Policies and products have often done great harm.

“Those injured will certainly be cynical, and rightly so, about trusting the offending party a second time,” said Miller. “Yet where there is human brokenness, these traditions often talk about a pathway back to healing.”

Soul-Searching At Davos… and Back Home

Miller says the paper has received an open reception, even among the non-religious. “Leaders at the World Economic Forum are interested in big ideas and disruptive technologies,” said Miller. “If it’s a fresh way of thinking and a good idea, it doesn’t matter where it comes from.”

The report concludes with ten questions for leaders to consider. It points the way to specific applications, which will differ according to organization.

“All leaders, including in church and religious circles, should be doing some soul-searching,” concludes Miller. “What does it mean to be trustworthy? If this report can help rethink rebuilding trust after it’s broken, that moves the needle in a good direction.”