Words for Warriors: Sam Sorbo’s New Book Explains Language That the Left is Using Against Conservatives — and How to Fight Back 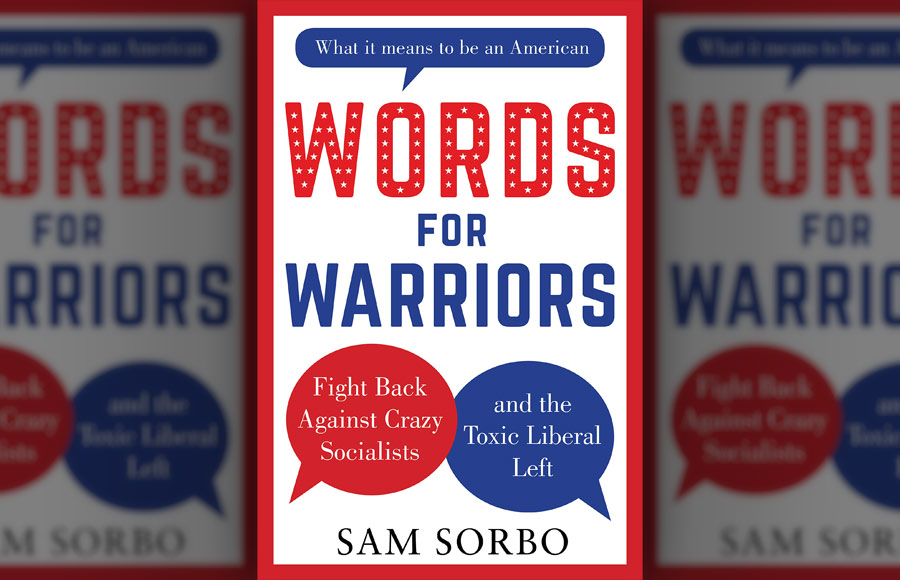 “We love this place,” Sam Sorbo told The Stream at the Christian Media Convention in Grapevine, Texas, late last month. She and husband Kevin Sorbo (Hercules, God’s Not Dead) came to the NRB conference in part to “see people up close and personal,” after COVID. “[T]here’s authenticity in a human-to-human interaction that can’t be replicated with Zoom,” Sam explained.

The Sorbos also came to promote Sam’s new book, Words for Warriors, a dictionary of sorts that exposes how the Left has twisted language for their purposes.

“Part of the reason that we’re here is because we need to understand that we’re in a fight. We also have to know that we’re not alone, but the fight is a spiritual battle between people who don’t believe in truth and people who do,” said Sam. Her book details how powerful language can be. “[T]here are people who seek to destroy God. … And they’re using language to do that. And that is a very dangerous thing because our words are our thoughts and our thoughts are our prosperity. So if we lose our words, we will lose the ability to think.”

Sam added that atheists have tried to convince Christians they don’t believe in God. But they do. “They believe in God. They believe, in fact, that they are god and they are a jealous god, which is why we’re not allowed to go to church, but you can go practice child sacrifice to Baal, because they’re not in competition. In fact, they’re part of that. In fact, they love the child sacrifice because it’s part of their religion.

The whole woke thing, the CRT, that’s the critical race theory, and the transgender movement, and the 1619 project, which is a bunch of lies, right? All of that is its own religion. And Christians have to wake up and understand we are at war. It’s a war of two religions, the Judeo-Christian religion, and the other religion, which is the antithesis of that in every way, shape or form.

The Leftists Have Stolen Words

Sam’s book focuses on pieces of language, words that leftists have stolen. “Fascism. They just took it and … redefined it. Fascism is left-wing. No, no. The new definition of fascism is that it’s right-wing. Why? So that they can say, ‘Oh, well, there’s violence on both ends of the spectrum.’ But there isn’t. That’s a lie. We have to start calling them out. … You won’t get me to lie. Why? Because words have power.”

Sam said we’ve also lost the word “bigot,” as the Oxford dictionary redefined it to mean something much more broad. Leftists can lie and call conservatives anything. “If you prefer chicken to fish, you’re a bigot. But if that’s a bigot, then everyone’s a bigot. So, no one’s a bigot. … it’s a meaningless word now.”

She wrote the book to help people fight back against “crazy socialists and the toxic liberal left.” It’s also meant to empower people. “[W]e need to be warriors. We need to take the sword of truth and just get out there and do some battle.”