Women Must Be Protected in the NDAA 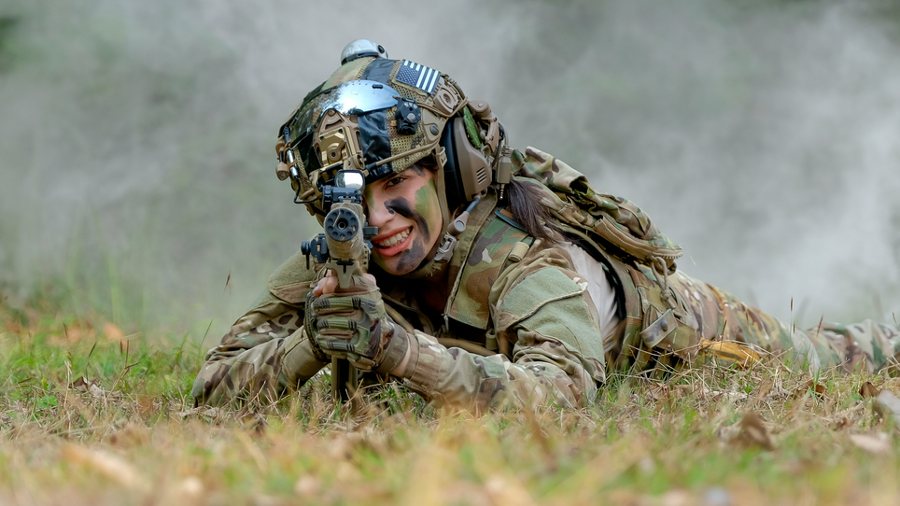 As the Senate prepares to take up the National Defense Authorization Act for Fiscal Year 2022 (NDAA, S. 2792), hundreds of amendments to the bill have been offered. One of the most crucial for senators to support is the amendment which removes the provision changing registration for the Selective Service to require young women to register alongside men.

Introduced by Senator Josh Hawley (R-Mo.), this amendment is cosponsored by Senators Ted Cruz (R-Texas), Tom Cotton (R-Ark.), Roger Wicker (R-Miss.), Cindy Hyde-Smith (R-Miss.), and Roger Marshall (R-Kan.). Each of these senators, and others, like Senator Mike Lee (R-Utah) who has an identical amendment, and SASC Ranking Member Jim Inhofe (R-Okla.) who opposed this change in committee and supports this amendment effort, understand that requiring women to register for the Selective Service means that women will be mandated into front line combat roles should we employ the draft again.

Should we ever need to employ the draft, women would be placed in front line direct combat roles — if Sen. Hawley’s amendment is not adopted.

Women are an asset to our military and serve with great honor, courage, bravery, and distinction. They bring unique and valuable skills and perspectives to their service. There is nothing hindering women’s ability to volunteer and serve, so there is no need for this dangerous and unnecessary mandate contained in the NDAA.

A Dangerous and Unnecessary Mandate

Requiring women to register for the Selective Service and thus be subject to the draft is dangerous and unnecessary. As Senator Hyde-Smith, Ranking Member of the Financial Services and General Government Appropriations Subcommittee, which funds the Selective Service, noted, “I have great admiration for the women who serve in our Armed Forces, and every opportunity to serve should be available to women. I do not, however, see any compelling reason to expand the Selective Service System.”

Should we ever need to employ the draft, women would be placed in front line direct combat roles — if Sen. Hawley’s amendment is not adopted. No “modernization” of the Selective Service is going to change this fact. When the draft was employed in 1973, it was not to solely replace combat arms but to increase the force structure generally, yet most draftees went to combat arms. Since that time, the lines between combat and non-combat roles have become even more blurred. Just because a role is in information technology, cyber security, or other such “non-combat” sounding role does not mean that it will be removed from the battlefield and away from immense danger and risk.

The Demands of Combat

Women in combat have a higher likelihood of injury, leading to non-deployability and the compromising of lethality, readiness, and cohesion of certain combat units. While some women are able to meet the demands of combat, the physical differences between men and women cannot be ignored. Fewer women than men can meet these demands and the random nature and the lowered fitness examination parameters of the draft are insufficient to ensure that only such highly-qualified women would be selected for combat roles. A three-year long study by the Marine Corps found that, in tasks resembling requirements of infantry, armor, and artillery units, all-male teams outperformed co-ed units in 69 percent of ground combat tasks.

This, along with the menstrual cycles and potential for pregnancy for women, has led to unit cohesion and readiness issues which should be avoided if a draft is needed. This same Marine Corps study found that sex-related physical differences negatively affected co-ed units’ speed and effectiveness in simulated battle tasks, including marching under heavy loads, casualty evacuations, and marksmanship. During the Persian Gulf War and the large-scale deployment of military servicewomen, some deploying units reported that non-deployable rates for pregnancy were as much as 30 percent of those assigned.

Not only is this requirement currently in the NDAA dangerous, it is numerically unnecessary. If the armed services needed to be more than doubled to five million with maintaining the 16.5 percent female service members, only 1.4 percent of the male population would need to be added to the 1.1 percent of males who currently serve.

Protecting Women and the Military

The Senate could take up the NDAA as soon as next week. We applaud the efforts of these senators supporting Senator Hawley’s amendment to protect both women and our military. We encourage other senators to support this amendment, and we encourage the American people to let their senators know how they feel about this issue. Thank them if they are supporting these great efforts and, if not, ask them to do so.

For more information on this issue, see Women Should Not Be Drafted into Selective Service.

Retired Lt. Gen. William G. “Jerry” Boykin is the Executive Vice President at Family Research Council. He formerly served as the commander of Delta Force and the Deputy Undersecretary of Defense for Intelligence from 2002 to 2007.