Woke Meat is Coming: Roast Cockroach and Other ‘Impossible’ Delicacies 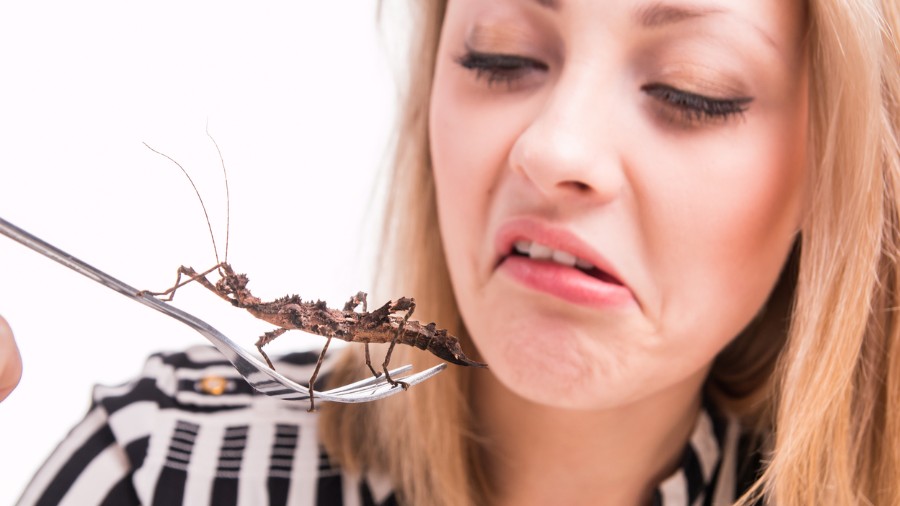 Children used to be able to see on TV crocodiles swallowing gazelles, lions gutting zebras, hyenas mangling lions, cougars beheading rabbits, wolves tearing into deer, bears doing to salmon what can’t be printed on a family site, giant river otters beating the snot — and innards — out of crocodiles, and vultures finishing off what was left.

Kiddies learned the timeless lesson that the purpose of vegetable-eating animals was to provide fresh meat for the hunters.

The site Not The Bee featured a video along these lines recently.

An impala struggles to escape a crocodile, which is biting the impala’s leg. Much frantic thrashing in the water. The impala got pretty beat up.

But, just as it looked like the impala would slide down the croc’s gullet, the croc released his jaw for a fraction of a second to get a better grip. In that moment, the impala was free!

It walked a few paces, shook its head, the relief evident on its scarred face.

That’s when a leopard sprang from the bushes and snapped its neck.

Now, you can’t say that that impala had a good life. Its death wasn’t pleasant. At least, it wasn’t to the impala. The leopard looked pretty satisfied. It’s all a matter of perspective.

Britannica says there’s about 700,000 leopards in Africa alone. And they say each makes about 20 kills a year, the meat from each kill being shared and parceled out over time.

You can do the math. Works out that tons of impalas, antelope, baboons and more are butchered annually. A lot of pain, a lot of blood. But many happy leopards, too.

We’re going to have to hire a boatload of chefs to serve up “impossible impalas” to hungry leopards and more, like we serve “impossible burgers” to woke Americans.

To complete the math, we’d have to consider the butcher’s bill from the other predators. Such as man.

If we’re going to go woke and ban meat on the grounds that killing animals isn’t nice, we’re going to have an enormous effort ahead of us. Not only do we have to police forests, jungles, savannahs and oceans to ensure animals stop eating each other. We’re going to have to hire a boatload of chefs to serve up “impossible impalas” to hungry leopards and more, like we serve “impossible burgers” to woke Americans.

Woke meat is indeed a thing. Authors paint meat eating in harsh terms: “the gustatory and social pleasures of meat have been inextricably linked to the suffering and deaths of sentient creatures. That made it difficult to distinguish sadists from people who just craved the flavor of bacon.”

One recommendation is to eat fake meat instead of actual meat. Either the stuff grown in Petri dishes, or the “impossible” meat cobbled together from yesterday’s salad, all concocted by “food scientists.”

I don’t know about you, but the thought of eating dishes designated by “food scientists” doesn’t set my taste buds soaring.

The other possibility is bug meat for bug men. A bug man is slang for the effeminate creatures we have become.

Time, like it does for most progressive causes, is pushing bug meat. Somehow, they say, forcing man, but not leopards and lions, to eat bugs will “save the planet.”

The good news is that, baring a black hole wandering into the solar system, or the sun unexpectedly going supernova, the planet is no danger whatsoever. It does not need saving.

Problem with bugs is that the woke don’t want to you to eat them like a man, roasting them on a stick over the fire, using the chitinous legs as toothpicks. No, sir. They’re too squeamish for that.

Instead, they dump the bodies of the wiggly creatures into a vat and pound them into a slurry. After additions of substances pronounceable only by “food scientists,” out pops something that bears no resemblance to a bug.

This process is supposed to make bug meat more palatable.

What does Scripture say?

He saw the heaven opened, and a certain vessel descending, as it were a great linen sheet let down by the four corners from heaven to the earth: Wherein were all manner of fourfooted beasts, and creeping things of the earth, and fowls of the air.

And there came a voice to him: Arise, Peter; kill and eat. But Peter said: Far be it from me; for I never did eat any thing that is common and unclean.

And the voice spoke to him again the second time: That which God hath cleansed, do not thou call common.

Fire up the grill and rejoice that this is not the woke answer.