With Your Help, Israel Will Outlast These Barbaric Terrorist Attacks 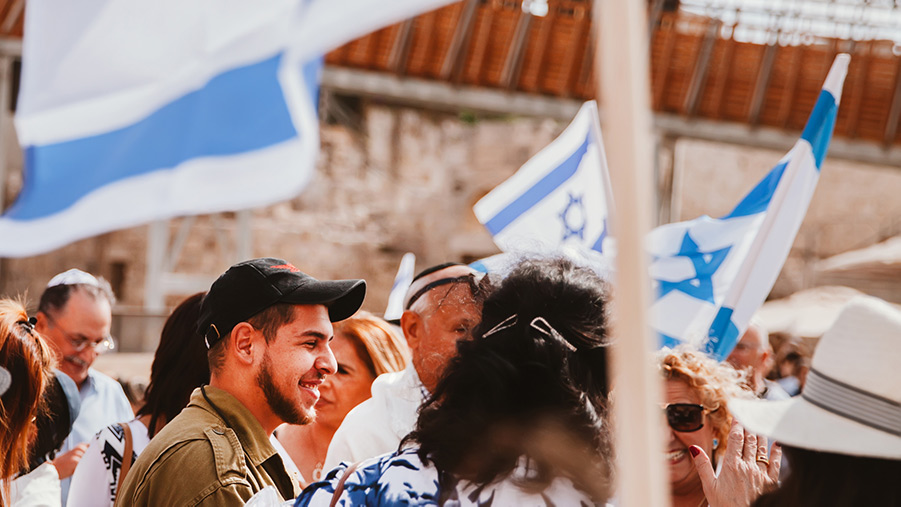 While the world is focused on the devastating war and horrifying amount of civilian casualties in Ukraine, Hamas and other violent terrorists have seized the moment to inflict violent harm on innocent civilians in Israel in a new wave of terror.

As Israelis go about our daily business, we are subjected to the most heinous acts of terror on a weekly, and often daily basis. Stabbings, car rammings, ax attacks, and shootings have become common this year, even killing innocent civilians during our Independence Day celebrations.

Two weeks ago, sixteen children went fatherless in just one day due to a barbaric terror bloodbath.

Longing to Live in Peace Again

As a Jewish man with my heritage tied to the Holy Land, 10 years ago I joined like-minded individuals and families and immigrated to Israel. This beautiful country is extraordinarily appealing. Israel is the only democracy in the Middle East. It is a place where people of all races and creeds, if they choose to, can live together in harmony. It is a place with equal opportunity where anyone can accede to the highest levels of political and economic power, even serving in parliament.

These attacks are intended to disrupt the peace of a nation, terrorize the Jewish people, and return us to an era when we once again don’t have a safe place to call home. There would be more breaking news of bloodshed if it weren’t for the many plots that are thwarted by highly trained and skilled police. Earlier this month, a stabbing was prevented near the Temple Mount.

Yet my extended family and many of my friends here in Israel returned to the land of their ancestors for the same reasons I did. They all long to live in peace again.

My own grandfather and his family lived through Kristallnacht in Germany, and when they fled they ended up in the U.K. My grandmother escaped from Poland and also ended up in the U.K. where she met and married my grandfather. Then at the age of 87, he made Aliyah (immigrated to Israel) with my grandmother who was 75 at the time. They moved to Jerusalem after decades of longing to return home to Israel.

My friend Karina and her grandfather Jacob have quite a story too. Jacob fled Europe before World War I, leaving his beloved chocolate factory behind. After a long and tumultuous journey, he ended up in Argentina quite by accident. He did what so many Jewish people have done and put down roots where he landed.

Jacob instilled in his family a passion for both Israel and chocolate. His beloved granddaughter Karina proudly took the family legacy he left her and, when she was able, followed her heart and moved from Argentina to Israel. In 2006, she opened De Karina boutique chocolate shop just 20 miles northeast of the holy sites around the Sea of Galilee. She is proud to walk in her grandfather’s shoes.

Pray for Peace in Israel

My friends and I all understand the history that has tied both our ancestors and ourselves to this Holy Land. We know the struggles we as a people have faced for millennia. And for all of us, the Holocaust, pogroms, perpetual war and now weekly terror attacks don’t accomplish what the wicked think they will accomplish. They only serve to make our bond stronger. They only give Israel a steely resolve never to give in, never to quit fighting for their right to live in peace.

I ask the friends and allies I don’t yet know who read these words to speak out against even a hint of anti-Semitic rhetoric or behavior whenever you encounter it. Let legislators know, wherever you may live, that Israel is a democracy and is a reliable ally in the quest for freedom from tyranny and oppression. Let’s together stamp out bigotry against Jews and all minority groups on the neighborhood level before these dangerous ideologies fester and bloom into violence.

I would ask you to let the world around you know that my friends and I, in the nation of Israel, are just like you — we want to live in peace. We want to encourage tourism and pilgrimage to this beautiful Holy Land. We want to get our businesses up and running again and, like you, have the ability to put food on the table for our families.

And at the very least, would you also please pray for peace? The Psalmist wrote in Psalm 122:6, “Pray for peace in Jerusalem. May all who love this city prosper.”

History proves we can overcome violence and evil. Century after century, my ancestors have endured genocide and bigotry, and a miraculous remnant remains. And yet victory in the face of evil requires a concerted effort on everyone’s part to confront anti-Israel and pro-terror ideology wherever we find it.

Itai Schimmel immigrated to Israel ten years ago and is one of the founders of Artza, a new direct to consumer company delivering a taste of the Holy Land to Christians across America.

Our Wicked Rulers Could Learn From the Failures of King Saul