The Courts Can’t Play Politics. Bad Things Happen When They Do: Clarence Thomas Explains It All 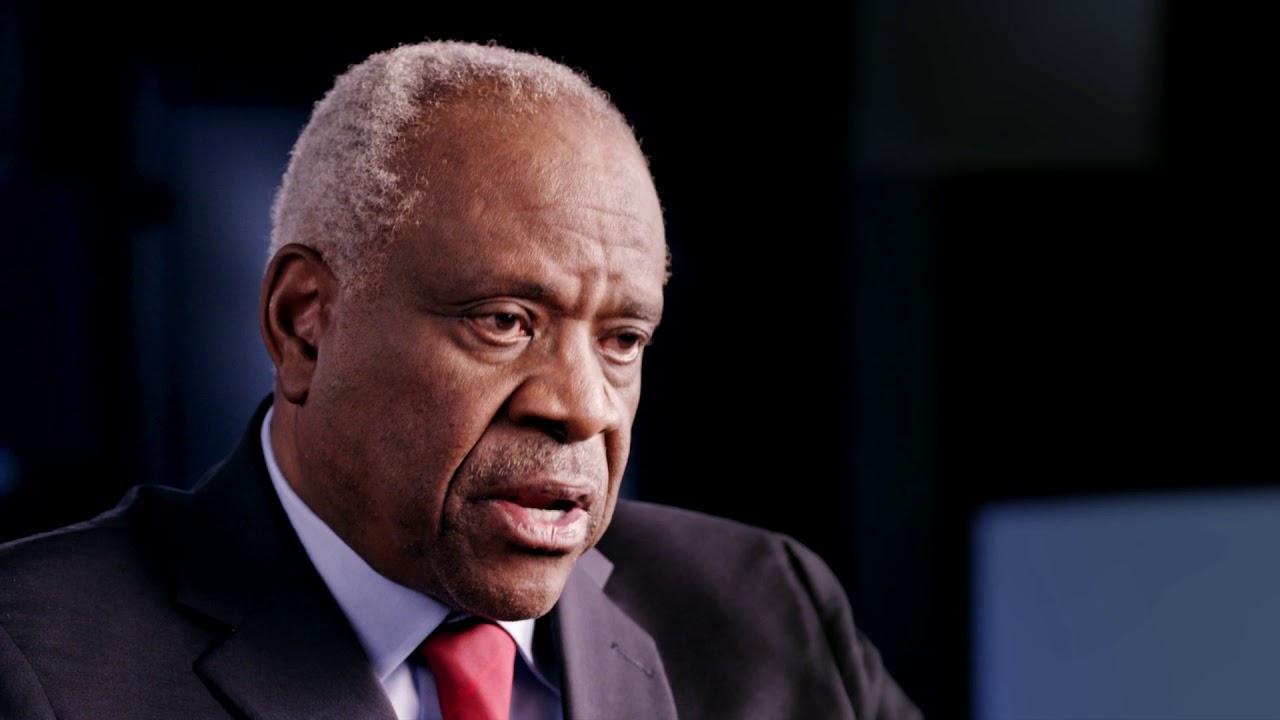 With the very liberal Ruth Bader Ginsburg, he’s the other Supreme Court justice interesting enough to get his own documentary. In Created Equal, out this month, Clarence Thomas speaks freely about his life and his work at the Court.

Nominated by the first President Bush, Thomas was 43 when he took office in October, 1991. He endured a brutal confirmation hearing, between attacks on his beliefs and accusations of sexual assault.

In the almost 29 years since, he’s presented his idea of the Constitution’s vision for America, especially for the role of politics in settling our debates. He’s fought government extending its power over people’s lives and the courts’ extension of their power to overrule representative government. When many of his colleagues see their job as setting the world right, Thomas insists on their role as umpires.

To go with the documentary, here is a few of the justice’s insights into America, her politics, and her law. The quotes only give snippets from a large body of very carefully thought-through decisions and speeches. Thomas is Catholic.

After the murder of Martin Luther King, Jr., Thomas left the seminary to fight against racism. After a protest in 1970, he asked himself what he really believed.

It was intoxicating to act upon one’s rage, to wear it on one’s shoulder, to be defined by it. Yet, ultimately, it was destructive, and I knew it. So in the spring of 1970, in a nihilistic fog, I prayed that I’d be relieved of the anger and the animosity that ate at my soul. I did not want to hate any more, and I had to stop before it totally consumed me. I had to make a fundamental choice. Do I believe in the principles of this country or not? After such angst, I concluded that I did.

As a justice, Thomas has defended the Constitution as we’ve received it as the rules by which America operates.

[My] approach recognizes the basic principle of a written Constitution. We “the people” adopted a written Constitution precisely because it has a fixed meaning, a meaning that does not change. Otherwise we would have adopted the British approach of an unwritten, evolving constitution. Aside from amendment according to Article V, the Constitution’s meaning cannot be updated, or changed, or altered by the Supreme Court, the Congress, or the President.

Of course, even when strictly interpreted as I believe it should be, the Constitution remains a modern, “breathing” document as some like to call it, in the sense that the Court is constantly required to interpret how its provisions apply to the Constitutional questions of modern life. Nevertheless, strict interpretation must never surrender to the understandably attractive impulse towards creative but unwarranted alterations of first principles.

Thomas explains that he doesn’t have a “judicial philosophy.”

As for the matter of my judicial philosophy, I didn’t have one — and didn’t want one. A philosophy that is imposed from without instead of arising organically from day-to-day engagement with the law isn’t worth having. Such a philosophy runs the risk of becoming an ideology, and I’d spent much of my adult life shying away from abstract ideological theories that served only to obscure the reality of life as it’s lived. …

It’s one thing to know a precedent and another thing to think it through methodically, then apply it to specific cases. Until he’s gone through that deliberative process on a case-by-case basis, an open-minded judge can’t predict how he will rule in any given situation.

The People Rule, or, Politics Over Courts

Political life, in which people are actively involved, Thomas sees as the Constitution’s way of settling differences. And thereby protecting liberty from the state and the courts in particular. He includes our disagreements over moral questions, like same-sex marriage.

The political process [is] a protection for liberty. … To protect that liberty from arbitrary interference, they establish a process by which that society can adopt and enforce its laws. In our country, that process is primarily representative government at the state level, with the Federal Constitution serving as a backstop for that process.

As a general matter, when the States act through their representative governments or by popular vote, the liberty of their residents is fully vindicated. This is no less true when some residents disagree with the result. … What matters is that the process established by those who created the society has been honored.

Thomas is the Court’s greatest proponent of the Natural Law as the basis for human laws.

The Founding Fathers … had written natural-law philosophy into the Declaration of Independence. … “All men are created equal,” Thomas Jefferson had written in 1776. “They are endowed by their Creator with certain unalienable Rights.” That’s natural law in a nutshell: if all men are created equal, then no man can own another man, and we can only be governed by our consent.

The reality of the Natural Law had obvious personal relevance for him.

And why shouldn’t a black man be interested in the fact that the philosophical underpinnings of the Constitution had been in direct conflict with the peculiar institution of slavery, just fueling the earliest efforts to free my forbears? … How, then, could a country founded on those principles have permitted slavery and segregation to exist? The answer was that it couldn’t — not without being untrue to its own ideals.

Thomas is also one of the Court’s greatest defenders of human dignity.

Human dignity has long been understood in this country to be innate. When the Framers proclaimed in the Declaration of Independence that “all men are created equal” and “endowed by their Creator with certain unalienable Rights,” they referred to a vision of mankind in which all humans are created in the image of God and therefore of inherent worth. That vision is the foundation upon which this Nation was built.

The government cannot bestow dignity, and it cannot take it away. … Our Constitution — like the Declaration of Independence before it — was predicated on a simple truth: One’s liberty, not to mention one’s dignity, was something to be shielded from — not provided by — the State.

Sources: “I am a man, a black man, an American,” a speech given to the National Bar Association in 1998 (1); his autobiography, My Grandfather’s Son (3,5,6); his dissent in Obergefell v. Hodges (4,7); a speech to the American Enterprise Institute for Public Policy Research in February 2001 (2).