Will We Take Virus Vaccine Made From Unborn Babies?

An interview with bioethicist R.J. Snell of the Culture of Life Foundation.

The Stream’s  John Zmirak interviewed Prof. R.J. Snell, Senior Fellow in Ethics at the Culture of Life Foundation. He is a critic of plans to use the remains of aborted children in research on coronavirus vaccines.

The Stream: Why are people suddenly arguing about the use of cells derived from aborted babies for coronavirus research? What changed? Has the Trump administration done something, and is it under pressure to reverse it?

In 2019, the Trump administration discontinued federal research using fetal tissue obtained by elective abortion. It would fund non-federal research using such fetal tissue only after approval by an ethics panel. That panel has not yet met. In light of COVID-19 and the possibility that research using human fetal tissue might result in a vaccine — by “humanizing” the lung tissue of mice, for instance — several Members of Congress, among other public voices — have asked Alex Azar, Secretary of Health and Human Services, to “remove all barriers to lifesaving research,” in the words of one such request.

Can We Avoid Human Sacrifice?

Are there any avenues of research that would only be possible using such cells? Would keeping such research unfunded by the feds cut off any important options for doctors?

It does not appear that the development of a vaccine is possible if and only if research is conducted utilizing human fetal tissue. It’s certainly true that either prohibiting or not funding a research avenue could limit or preclude one possible avenue to a vaccine. But it is not the case that such limits preclude or render impossible the development of a vaccine itself. Several research groups have vaccine candidates developed without any use of human fetal tissue. 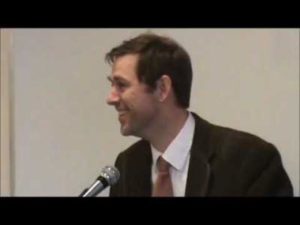 What are the ethical alternatives to using the remains of unborn babies?

One corporation, for example, has produced a precise and identical genetic match to the proteins on the surface of the novel coronavirus. It’s hopeful that a vaccine will result. The technology is the same one used in the company’s widely available, successful influenza vaccine. No fetal tissue, in any way, was necessary for this research. Other corporations are now in early phase testing with vaccine candidates developed without fetal tissue.

According to some news sources there are as many as 70 COVID-19 vaccines in various stages. While it’s unlikely that all will be successful, there is no reason to think that fetal tissue is essential for success. Those advocating for the administration to “remove all barriers”? They do so with the sense that something, anything, everything should be done. Not because there are compelling reasons to do so.

What About Miscarried Children?

Has any lab explored using cells from children who naturally miscarried, donated by their parents? Is there some medical difference?

This is a possibility, of course. On the one hand, the intuition is very strong that remains of a child who miscarried is distinct from remains obtained through an elective abortion. Certainly, we find no wrong done to the child. We find no culpability in a direct killing, or even a hint at that. At the same time, there is a risk, even a potential scandal, if we treat the remains of an unborn child differently from the remains of a deceased adult. Or if use of the remains were interpreted as a tacit approval of abortion or of making a distinction between the remains of an unborn child and those of an adult. We safeguard human remains, requiring consent, ensuring the remains are treated with dignity, ensuring that no deceit was committed, and so on.

Violating human remains … there’s something barbaric and regressive to this. A decent society does not desecrate human remains.

In the words of Dignitatis Personae, a statement of the Vatican’s Congregation for the Doctrine of the Faith, “any appearance of acceptance” of abortion or illicit research on human remains “would in fact contribute to the growing indifference to, if not the approval of” morally wrong research, and that must be avoided. However, with those safeguards and warnings, if parents provide full consent, we may use fetal tissue obtained after a miscarriage, something analogous to organ donation.

Are We Being Too Scrupulous?

Playing devil’s advocate: The children have already died. We can’t change that. Nobody’s aborting children today to use for research. How is this different from using organs from someone killed (criminally) by a drunk driver? That wouldn’t implicate you in the drunk driver’s guilt. Why is this different?

Fetal remains are human remains, in no way less human than the remains of an adult. If we don’t think of the adult, “well, they’re dead anyway, why not just use them,” we shouldn’t think that of the unborn. Furthermore, because the unborn child was directly and intentionally killed, a morally illicit action, it becomes all the more ghoulish and wrong to cooperate with that killing by using the body for tissue. The child was unjustly killed, it would be unjust to give any indication that this was not a wrong and tragically wrong.

What Could Go Wrong?

What harmful consequences to the sanctity of life would flow from the feds funding such research?

Even if we do so to save lives, we commit ourselves to the proposition that it is fine to treat one person as nothing more than an instrument for the benefit of another. It is wrong to treat people as mere tools, even if it benefits others. Treating people this way is the source of much moral horror in our history.

Echoes of the Moloch Cult?

Given the many viable alternatives, including the use of cells from miscarried children, do you see something darker going on here? Is there some subconscious, superstitious feeling that using aborted children will guarantee success? Some post-modern echo of ancient child sacrifice?

Many in our society proclaim their commitment to human dignity and human rights. But insofar as they are willing to entertain — let alone actually embrace — the violation of one person’s dignity in service to the well-being of another, they reveal that they do not believe in equal dignity. They reveal that they believe, even if inchoately and implicitly, that some lives are worth more than others.

The weak serve the strong, the vulnerable serve the powerful, the defenseless serve the predator. With their lips they insist that all are equal. But their actions reveal that some, apparently, are more equal than others. Moreover, when it comes to violating human remains, there’s something barbaric and regressive to this. A decent society does not desecrate human remains. People with properly formed sentiments don’t eagerly insist on harvesting unborn children. That’s diabolical.

What If We Fail?

Perhaps despite your efforts, an effective vaccine will arise first from this misuse of aborted children’s remains. If so, would it be immoral for a parent to use it to protect his or her children? Or elderly parents? Isn’t that what theologians call “remote” and not “direct” participation in evil?

Already several common vaccines, such as the vaccine widely used for rubella, derive from descendant cells of aborted human fetal tissue. If alternatives are available, those alternatives must be used. If alternatives are not available, those vaccines may be received to preserve life, particularly if required by law. In that case, there is a very remote cooperation with the original evil action and thus a low level of subjective culpability on the part of the one who receives the vaccine.

This is quite different from the more direct and formal participation with evil of those who performed the abortion. And of and those who may have knowingly utilized human fetal tissue obtained in that manner for research. For them, the subjective culpability is quite high.

Researchers and politicians have a high level of responsibility to refuse to collaborate with elective abortion in the production of a vaccine. But if, tragically and unnecessarily, such a vaccine is produced and forced on citizens or parents, their acceptance of the vaccine is undesirable but not, for them, likely to be a source of serious moral culpability.