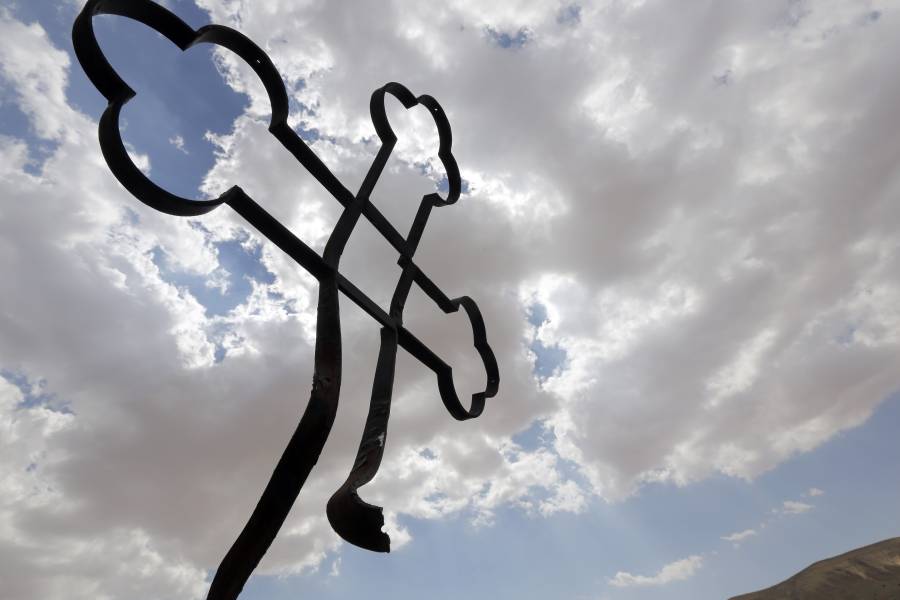 The Stream, the Family Research Council, and CBN News have all warned against the danger to Syrian Christians of a sudden U.S. withdrawal from Syria. We decided to interview a Syrian Christian leader, Bassam Ishak, for more insight into this urgent issue.

Please tell Stream readers about yourself, your religious background, and your connections in Syria today.

If the U.S. withdraws from Northern Syria, and doesn’t arrange for another force to replace it, what are the possible outcomes? Please explain 1) what the Turks might do. And 2) what the SDF (America’s Kurdish/Christian allies) might have to accept from Assad/Russia to avoid that.

An untimely U.S. withdrawal, along with the threat to invade by Turkey will pressure SDC/SDF to accept an offer from Russia and the Syrian regime. Thus Russia and Assad’s regime would get back the region, in return for keeping the Turks out. Giving the regime to the Syrian regime equals letting Iran in.

An Island of Religious Freedom in the Middle East

Please remind readers of why you and other leading Syrian Christians support the Kurdish-led Federation of Northern Syria.

Turkey supports Syrian jihadist extremist groups. These militias want to establish sharia in all the Syrian land they occupy.

First of all, because it respects religious freedom. And not just freedom to worship, but also the freedom to choose your religion. This means Christians can live in a religiously diverse culture. And have a secure future. Also the Federation recognizes as official the Syriac identity, language, and culture. Syriac Christians share in power and assume leading political positions.

Turkey supports Syrian jihadist extremist groups. These militias want to establish sharia in all the Syrian land they occupy. Under such rules, Christians would be at best second-class citizens. They will be very limited in their practice of faith. When Turkey invaded Afrin in 2018, they demolished many churches. New Kurdish Christian believers were forced to flee the region in fear for their lives.

Turkey Employs the Heirs to ISIS

Did the Turks cooperate with ISIS during the Syrian civil war? How?

Syrian rebel groups loyal to Turkey refused to fight ISIS. Their excuse was that Muslims ought not kill Muslims. It was only the SDF that fought them.

Are the jihadist forces sponsored by Turkey linked to al Qaeda?

Many of them fought with al Qaeda or ISIS before they rebranded under other rebel groups.

Please compare/contrast the situation of Christians in the SDF with their situation in areas controlled by Damascus. Why do some leading Syrian bishops defend Assad, and call for him to “unify” Syria — which would include swallowing the Federation?

Christian bishops support Assad because they say Christians should not oppose ruling governments. Also they believe that if Assad regime were to fall, religious extremists will take over. However, religious freedom of Christians under Assad regime is limited to freedom to worship. Christian evangelism is illegal.

Christians are not allowed to baptize converts from Islam. The Aramaic/Syriac language of Syrian Christians is not allowed in public schools. One may only teach Syriac prayers, and only in private Syriac church schools. The regime has managed through the carrot and the stick to control Christian clergy. Even turn them into advocates of Assad, especially in the West. These Christians leaders are in reality hostages. If they don’t comply, they stand to pay a big price. Also to lose many special personal privileges. It’s very different in the SDF-controlled region. There, religious freedom means the liberty to choose your individual faith in addition to freedom of worship. Thousands of Kurds have felt free to convert to Christianity. Traditional Christians enjoy free worship. Evangelism is legal. Our Syriac language, not limited to prayers, is allowed in schools.

In four years, the SDF’s Kurdish Christian population has grown from handful to 22,000 believers. The language of Jesus, Syriac/Aramaic, became official. Street signs written in it became commonplace. This allowed the Christian Syriac community to experience at last a sense of belonging in our ancestral land. This is something we never experienced under the Assad regime.

In four years, the SDF’s Kurdish Christian population has grown from handful to 22,000 believers. The language of Jesus, Syriac/Aramaic, became official. Street signs written in it became commonplace. This allowed the Christian Syriac community to experience at last a sense of belonging in our ancestral land. This is something we never experienced under the Assad regime.

If the SDF feels compelled to make a deal with Damascus, what would change for religious and ethnic minorities in NE Syria?

The freedom to evangelize or convert to Christianity will be gone. The recognition of Syriac identity and language will disappear. If the regime takes back the region, Iran will try to buy up the property of Christians. (As they’ve done in Damascus.) The power-sharing advantage that Syriac Christians enjoyed will vanish. The lives of Christians who cooperated with the Federation (and the U.S.) will be in danger.

How would the takeover of the most valuable part of Syria by Assad harm the interests of the U.S.?

Because it will empower and embolden Iran.

How close is Assad’s regime still to Iran and Hezbollah?

Without Iran’s and Hezballah’s backing the Assad regime would have fallen. Both remain on the ground in Syria helping to sustain it.

Kurdish Christian Praying for Deliverance, from The Stream’s Vimeo channel.

The SDF is your best proven defense against religious extremists like ISIS. If you forsake them, history will repeat itself and ISIS will be coming to America, God forbid.

What would be the consequences of the latest proposed deal? The so-called Turkish “buffer zone”?

The alleged buffer zone is 25 miles deep, along a 400-mile border. That makes it larger then many sovereign countries. In essence, it’s the occupation of another country, where several million Syrian live. We saw how Turkey acted in Afrin, Syria after it occupied it. We would again see the ethnic cleansing of Syrian Kurds and of Syriac Christians. The theft of their property, which would end up with jihadist groups who adhere to the same ideology as ISIS.

The Turkish buffer zone means kicking ISIS out of the window and letting it in through the back door. It’s a joke of a proposal. It’s a repeat of the 1915 genocide of Christians by Turkey in 2019, under the pretext of creating a “safe zone.” It would mean the end of Christian and Kurdish presence in of one of their historical homelands. It’s a land grab by a country enjoying internal peace at the expense of a war-torn country. An unfair exploitation of the suffering of a neighbor.

This proposed deal could well push American allies into the camp of Russia, the Syrian regime, and Iran. As a last resort, to save their land from Turkish occupation.