Will Obama’s Final Legacy be the End of Peaceful Transitions of Power? 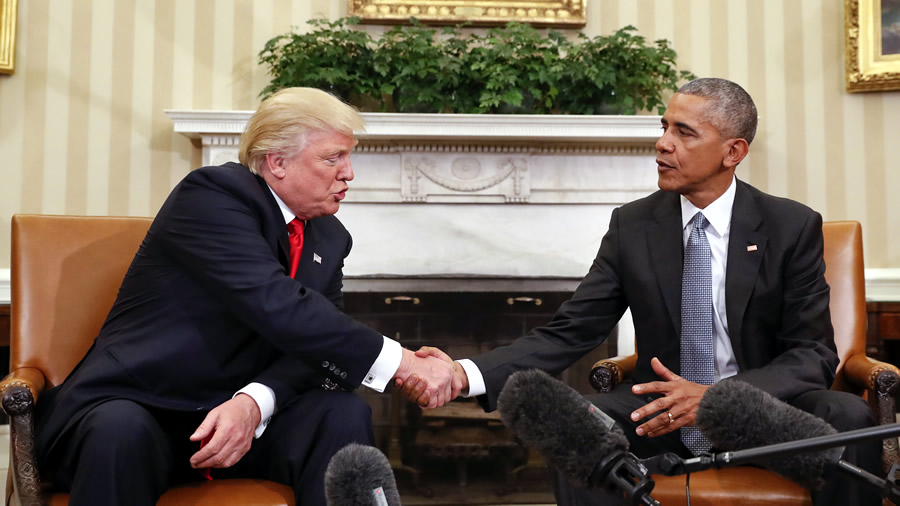 Protests over Donald Trump are still “not letting up,” says CBS News. Students on “both coasts” are walking out of class, says USA Today. The chant across the nation has been, “Not my president!” or even “Never my president!”

It’s time for our current president to remind them that Donald Trump is their president-elect; that he earned that title by way of the same constitutional process as every other president America has elected.

There have only been scattered reports of violence so far, but it’s hard to believe there won’t be more coming. Barack Obama’s silence following the Portland riot is disturbing. The president is on the verge of creating a new legacy as he leaves office:He could be the first president to fail to lead the country through a peaceful transition of power since James Buchanan.

It isn’t as though he has no influence on the protesters. Most of them are his supporters, along with Hillary Clinton’s. They should be willing (at least theoretically) to follow him as their leader still. This is very different from protests in the past against which a president had little persuasive power — anti-war protests in the 60s, for example. Those were protests against the government. These protesters align themselves with the current government.

This is also not like other protests that had an identifiably valid moral basis — civil rights protests, for example. In those cases the government had to walk a line between supporting a positive ethical message and opposing any destructiveness that might have come with it. There is no fine line to walk this time. Any leader who has sworn to uphold the Constitution must regard the current protesters’ “Never my president!” message as dangerous and wrong. So there’s every reason to believe Obama could calm the country if he tried. There’s every reason to believe it’s worth trying. But he hasn’t tried. Why not?

It can’t be for any principled reason. After the third presidential debate, in which Trump had suggested there might be a problem with accepting the results of the election, Obama called Trump’s words “unprecedented” and “irresponsible,” adding, “I have never seen, in my lifetime or in modern political history, any presidential candidate trying to discredit the elections and the election process before votes have even taken place.”

The country has also never seen any sitting president do so little, after votes have taken place, to ensure that the election not be discredited.

Hillary Clinton shares responsibility. Recall what she said during that same third debate:

That’s horrifying. Let’s be clear about what he is saying and what that means. He is denigrating — he is talking down our democracy. And I am appalled that someone who is the nominee of one of our two major parties would take that position. … It’s funny, but it’s also really troubling. That is not the way our democracy works.

That was an extraordinary moment. The peaceful transition of power following a democratic election is the ultimate American tradition. … For Donald Trump to say that he would be unwilling to commit to accepting the results of the election was truly not just the moment of this debate, but maybe the moment of this election.

She needs to say it again. Even more than Clinton, President Obama must speak it clearly, repeatedly and forcefully until the nation he leads remembers that this is still a constitutional democracy.

Given Obama’s and Clinton’s political influence with the protesters, they should be able to put this to an end. They must at least do what they can; for if they do not make the effort, it will be hard to avoid the conclusion that they want these protests to happen — that although they may be too sophisticated to stomp and scream themselves, they’re happy to let crowds in the streets do it as their surrogates.

Make no mistake: these protests will continue, if left on their own to do so. At best, they will simmer down for a time due to protesters’ fatigue. At worst they’ll falter for a while under police suppression, which nobody thinks is the best answer. Either way they’re sure to erupt again at the Inauguration. Police are reportedly already on the alert. They’ll arise again at every unpopular decision Trump makes afterward.