Will Connecticut Turn Purple, or at Least a Little Red? 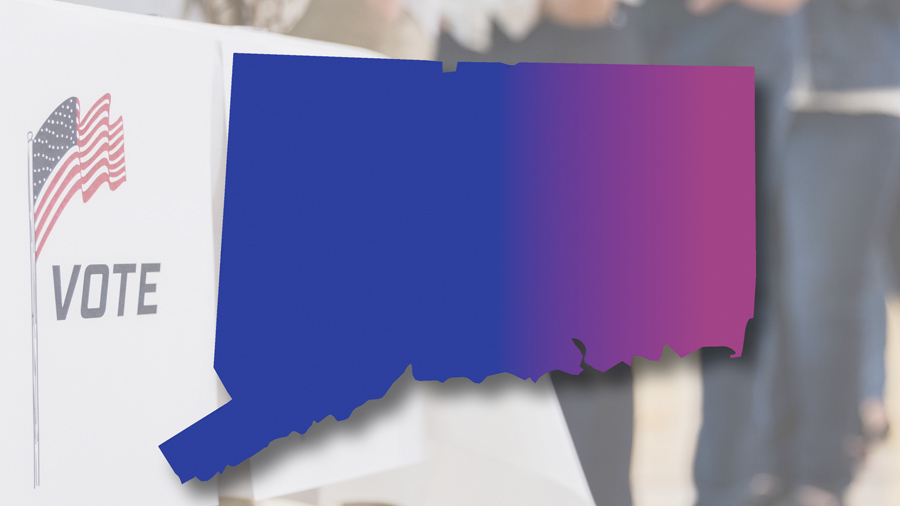 A straight Republican vote for me this year. No surprise, you may think. “Peter Wolfgang votes Republican!” is not exactly news. But I don’t automatically vote Republican. I’ll vote for a Democrat if I think he’s the best candidate and he upholds the same belief in the sanctity of human life that I do. There used to be some, even in Connecticut. Not anymore.

Ella Grasso and Bill O’Neill were Connecticut’s two pro-life Democrat governors in the 1980s. James McCavanagh was the pro-life Democrat state representative from my old hometown of Manchester in the 1990s. I could easily have voted for any of them.

I’m not one to bellyache day and night on the state of the country these last few years. But yes, that primal scream of rage I’ve seen all up and down my newsfeed ever since the bungled response to COVID, the bungled exit from Afghanistan, the affirmation of the “fiery but mostly peaceful” protests, the constant attack on “MAGA” Americans who just want to be left alone and now the claims that democracy itself is threatened by people like me? Right there with you, newsfeed.

But what about the rest of my state? Are the people of Connecticut with us? Is true blue Connecticut going to look at the state of the nation and America’s place in the world and reconsider voting red? Will the state go purple?

I hope he’s right. But I am not sure that he is. There’s a history here. The red wave elections of 2010 and 2014 completely missed Connecticut. “I feel like America is having a party and Connecticut wasn’t invited,” someone posted the day after the 2010 elections.

The price of milk and eggs do matter to normal people. Most people want to feed their kids, not kill them.

Will Connecticut be invited to the party this year? Maybe. The conventional wisdom is that, if nothing else, George Logan will be elected one of the state’s five Congressmen. The rest are all liberal Democrats. If he wins, he will defeat a two-term incumbent Democrat who’s also endorsed by the leftwing Working Families Party. And if he wins, this will be the first time in the 25 years I have been a Republican that I voted for a winner for Congress.

I’m pleased, by the way, that I was not redistricted into having Rosa DeLauro as my Congresswoman, as I expected at one point. DeLauro’s district is hopeless. And so is DeLauro. But she’s going to win an easy reelection.

I was at my polling place at 6:05 am. I have never seen it that packed that early. A good sign, perhaps?

By 8 a.m. I was at Vernon Center Middle School to hold a sign for Mike France for Congress. A state rep, he’s running for Congress in the district that encompasses most of eastern Connecticut. He’s running against another liberal Democrat who’s been in office since 2007. They say he doesn’t have much of a chance. His district is where I have urged pro-lifers to be today.

At this point I’ve lived most of my life west of the Connecticut River. It’s weird to come back to this part of Connecticut. Alien, almost. But not entirely. One of the voters who talked my ear off turned out to be the brother of a woman with whom I graduated high school. Still a lot of ghosts in the old ghost town.

I don’t know if it was because it was the town of Vernon or because it was 2022, but the liberal voters were some of the most obnoxious I’ve seen. One pugnacious Boomer approached us, looking for a throw-down. Chin up, nose in the air, coffee in hand. You know the type.

“Excuse me, can I ask you a few questions about your candidates?” Nothing about him suggested the possibility of a reasonable conversation. Sure enough, it was all stuff about oil company profits and neo-Nazis in Charlottesville and so forth.

The only other time I remember exchanges like that at polling places was 2006, during the Joe Lieberman/Ned Lamont fight for a senate seat. And it was because the more liberal of the two, Lamont, was going down. So again, perhaps the obnoxiousness is a hopeful sign.

Or perhaps not. For the first time in years, Leslie and I watched a little MSNBC last night, a show called Reidout. The host was out of her mind. She played a few clips of Republicans saying they would win the election and never lose another one. She told her audience that this meant they would not allow future elections if they won. If the Democrats lost, this, she declared, would be the last election and the end of democracy.

This is the poison our liberal friends and family are eating up, whether on cable or TikTok or Facebook or from much of the mainstream press — and from Democratic politicians from the president on down. Disagree with them and it’s, “Oh no, you’re the one who bought the lie. You only think the way you do because you watch Fox News or listen to Rush.”

I’ve gotten versions of this charge for a long time. Never mind that I don’t watch Fox News and Rush is dead. Nevermind that I watch and read a range of sources, and that I think about the issues. Nevermind that my first allegiance is to God and the truth, not the Republican party. When many people around here find out I’m voting Republican, this wall comes down, a wall made up of all that projection, and there is no talking to them.

Is there bad stuff on the Right too, in its media and its politicians? Of course. But who can possibly look at the state of our country right now and think the Democrats have the better argument? Who can watch Reidout without fearing for the sanity of the host, her viewers, and half the country?

Even the Democrats now admit, belatedly, that they don’t have the better argument. That it was wrong to go all-in on abortion. Other things do matter to voters more. The price of milk and eggs do matter to normal people. Most people want to feed their kids, not kill them.

But unfortunately, at the moment, the Democratic establishment owns the state. They dominate in the liberal suburban vote and in the vote of people whose family have been Connecticut Democrats for generations. But they seem to be losing other groups. My state will turn a little pink this time, especially if Logan wins. But is it trending red? I wouldn’t bet against it.