An interview with film-maker Jason Jones 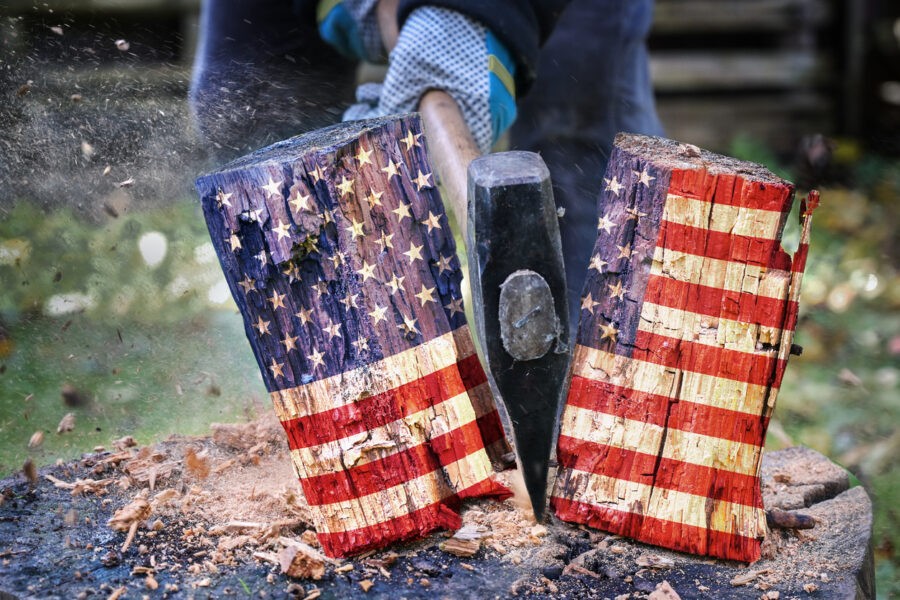 With the White House and leading Democrats promising to defy a recent Supreme Court decision overturning lawless precedents on abortion, Americans are wondering about our future. Will we see open confrontations between different branches of government? Between the states and the feds? Where will all this lead? The Stream’s John Zmirak interviewed film-maker Jason Jones, who recently released Divided Hearts of America, which explores our national schism on the Life issue.

John Zmirak: The abortion industry and its supporters aren’t acting like docile pro-lifers back in 1973 and 1992, when Supreme Court decisions went against us. Pro-choicers aren’t vowing to win the next presidential election, or draft an amendment to the U.S. Constitution. No, they’re talking like Southern secessionists after Lincoln got elected without a single Southern electoral vote.

Biden has condemned the Supreme Court, a co-equal branch of government, as out of control. His administration is speaking of defying state laws by aborting babies on military bases. Clearly, the pro-choicers aren’t making an argument about the Constitution, or even morality. They’re just threatening violent force, and relying on raw power. How do we respond as pro-lifers?

We shouldn’t be surprised to see abortion advocates burn down churches, since they burned down churches in the wake of progress made by the civil rights movement. So how can we respond to the terrorism ignited by our progress toward a humane society? We respond the way the Rev. King responded. We orient our activism to the Deceleration Principle, to the inviolable dignity of the human person. We respect the Constitution of the United States and the constitutions of our states and continue to fight for positive laws that conform to the transcendent moral order.

You helped make a recent film, Divided Hearts of America, on the abortion issue, starring Benjamin Watson. Tell us about the film.

In January 2019, sexual predator and former Governor of New York Andrew Cuomo signed a bill into law denying the child in the womb protection from abortion up to the very moment of birth. Cuomo celebrated this atrocity by turning One World Trade Center pink. Seeing the very space above the earth where terrorists killed 2,977 Americans turned into a monument to the culture of death was appalling. I was chomping at the bit to respond.

The following day, I received a call from producers Chad Bonham and Betsy Kennedy-Ryzewicz, who pitched me the idea of producing a documentary investigating how New York and other states became so extreme on abortion. Of course, I jumped at the chance to serve as a producer. We understood from the beginning we needed a courageous, levelheaded, and respected person on both sides of the debate to serve as our documentarian.

Benjamin Watson was our first and only choice. I assumed he would pass. Starring in a documentary that straddles the third rail of American politics seems imprudent. There is nothing to gain personally and potentially a lot to lose — especially in the era of cancel culture. The four of us jumped on a call, pitched Benjamin Watson, and to our surprise, he enthusiastically agreed.

Within months we were in production. COVID thwarted our plans for a theatrical release, but in the fall of 2020, we were on pay-per-view. Now we are streaming on FOX Nation, on Amazon, and on DVD and Blu-ray.

The film is structured around a series of more than 30 interviews with Americans holding opinions from all over the political and social spectrum. Most notably, the film includes interviews with Alveda King, the niece of Dr. Martin Luther King, Jr., and presidential candidate and neurosurgeon Ben Carson. We made this film to unite our country in a time of extradentary division. In the end, we could only be united in a post-Roe America. As our movie exemplifies, abortion is at the heart of our division because it denies our principle of unity — the inviolable dignity of the human person.

The Return of Pro-Life Democrats

Divided Hearts highlights the vast gap in moral reasoning between pro-abortion activists and the rest of us. They favor absolute, slave-like ownership rights of the mother over the fetus, right up through birth. Abortion through all nine months, which is illegal in most of the world except China, North Korea, and Canada. How does that divide them from mainstream opinion in America? How long will the voters in blue states support politicians with views this extreme?

There are a few big surprises for the Deep state, and our depraved establishment. One of those surprises will be the eruption of pro-life Democrats across the country. As the abortion debate moves to the states, the abortion lobby will find it impossible to stomp out this wildfire. There are 500,000 elected offices in the United States and around 7,000 state representatives. Whereas the abortion industry found it easy to control the federal offices, they will find it impossible to wield veto authority over state offices. Look out; here come the pro-life Democrats. Not so surprising, we will see the extinction of abortion industry hucksters in the GOP. And half-stepping straw soldiers like Mitt Romney will be swept into the dustbin of history.

Do you think the fall of falsified decisions like Roe and Casey will end up splitting the country? Should we in red states just go our own way? Let those in blues states trip through their rubble-strewn streets, and freeze and starve in the dark? Or can you see another scenario?

The end of Roe will mark the beginning of a unified America. Sadly, in the short run we will see the blue states become older, poorer, more violent, horrible places to live. The red states will become younger, wealthier, freer beautiful places to live. This experiment of states grounded in a respect for human dignity side by side with states grounded in the will to power will produces a striking contrast. In the long run we will see our nation reunified around renewed appreciation for the vision of the human person embedded in our founding documents.

What would an America reunited on this issue look like? Won’t pro-choicers continue to bitterly resist, as the Klan and Jim Crow Democrats resisted the outcome of the Civil War for 100 years?

In our lifetime, advocates for abortion will become as hard to find as advocates of segregation. The Supreme Court open the door to a culture of life and young people will sprint through it, running from the ideologies of nihilism and death that have been assaulting them since they escaped Planned Parenthood at birth. We will weather several years of tantrums from those who worship the gods of the last age but their gods are dying and soon they too will pass to their reward.

A Humane and Just World

What messages do pro-lifers need to mobilize and transmit now, in this polarized moment?

The fall of Roe is an essential yet modest step toward a culture of life. We need to order our lives to serve the vulnerable. We must continue to push for laws that correspond to the true nature of the human person. We must unravel the faulty logic of Roe that has poisoneed everything from our foster care system to our foreign policy. It is not enough for our posterity to be born. We must work for them to be born into a beautiful, humane, and just world.