Why We Celebrate Advent

Jesus Christ is not just a memory to the Christian with living faith. 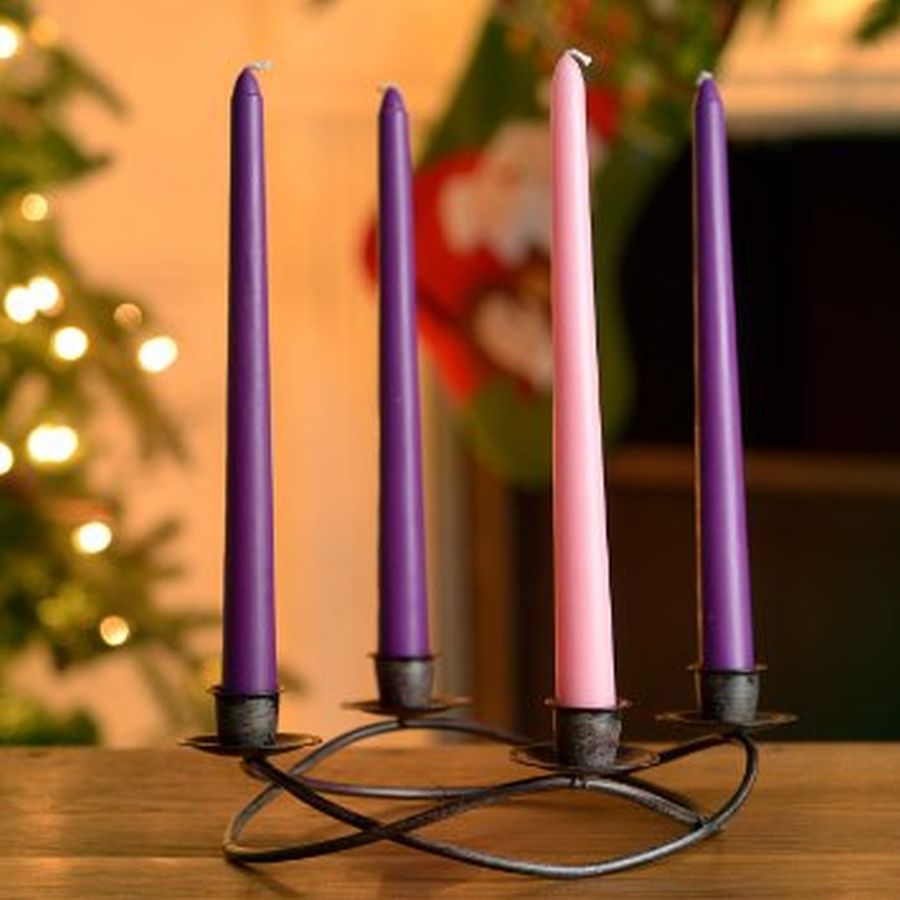 The Lord is always coming — for those who are looking for Him. “There are three comings of the Lord,” St. Bernard of Clairvaux reminds us in an Advent homily. He then situates us where we live, on the road of continual sanctification.

The third lies between the other two. It is invisible while the other two are visible. In the first coming He was seen on earth, dwelling among men; in the final coming “all flesh will see the salvation of our God and they will look upon Him whom they have pierced.”

That third coming is “a hidden one,” he says. “In His first coming our Lord came in our flesh and our weakness; in this middle coming He comes in Spirit and in power; in the final coming he will be seen in glory and in majesty. ” That middle coming “is like a road on which we travel from the first coming to the last.” In it, Christians “see the Lord within their own selves, and they are saved.”

The word “Advent” is from Latin words for a coming or arrival. Advent is the season of the Christian calendar when we “await the coming birth of Jesus, the Messiah.” As the Body of Christ, we become like Simeon and Anna. They both waited faithfully in Jerusalem, and were blessed to see their newborn Messiah.

The practice of preparing for the coming of the Lord by living as though he is always coming goes back to the very beginnings of the Church. The word “Maranatha,” so common in the worship of the early Christians, reveals a living Church, awaiting the comings of the Risen Lord Jesus.

As the Church began to spread, it began to understand the imminent return of the Lord Jesus in a different way. Christians began to understand more deeply how they lived not knowing when Jesus would return. By the second half of the fourth century, the liturgical season of Advent began to evolve to express our life between the first coming and the second coming.

Advent is a time to “get ready” for the promised coming of Jesus Christ. We do so by repenting of our sin and renouncing our wrong choices. We empty ourselves of the clutter of our daily idolatry and renounce the disordered self-love that can squeeze God’s grace out of our lives.

Advent reminds us of the road along which we walk this Christian life and vocation. It’s a road with Jesus at both ends.

Advent reminds us of the road along which we walk this Christian life and vocation. It’s a road with Jesus at both ends. Jesus sets us on our way with his blessing and his promise to care for us every single step of the way. Jesus stands waiting for us with open arms at the end of the journey, eager to welcome us to our eternal home.

Bernard was right. We now live in that intermediate time between the first and the second comings. Jesus the Lord comes to all those who make themselves ready.

Get ready. Use this season of Advent to let yourself be changed by the Lord’s first coming and to prepare yourself — and the world in which we live — for his second — when, as the Church’s great creed tells us,  he comes in glory to judge the living and the dead.