Why the Phrase ‘Social Justice’ Should Be Banned 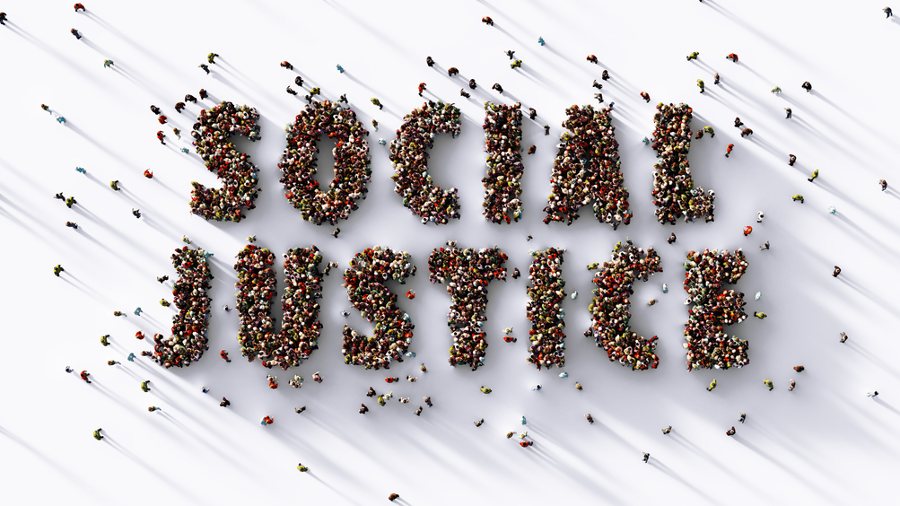 Social justice is a phrase that ought to be banned from our vocabulary and never heard again.

There are four reasons why this is so.

A Phrase That Can Mean Anything Means Nothing

First, the phrase has no specific referent in the real world. People with very different, indeed, mutually contradictory, approaches to solving various social problems will both use it to refer to their schemes.

A phrase that can mean anything means nothing. This phrase therefore adds nothing substantive to the discussion it is being used in. It should therefore be dropped. Cut it out!

Second, the phrase is not only meaningless but positively misleading. Many plans put forth to address social problems have nothing to do with justice whatsoever. Nobody is to be punished for any illegal act or wrongdoing. No money that was misappropriated or stolen is to be returned to the person who actually earned it. Those would be acts of justice. The scheme in question is accurately not social “justice” at all. It would be more precisely labeled “social grace” or “social mercy.”

It is bad enough when secular people misuse the phrase, but now we have Christians doing it too.

Now, these might be good schemes, but the case for them needs to be made without prejudice. It needs to be made on their merits. But when you claim they are about “social justice,” it cannot be. Nobody disputes that showing mercy to the poor or the disadvantaged is a good thing. Some people would dispute that having the government do it with other people’s money is a good or wise thing. That discussion is one that can be profitably had. But to call it a discussion of social justice is a false label. It clouds the issue with confusion. It is not helpful to those who wish to pursue it with a sincere desire to find the truth as opposed to merely advancing their socio-political agenda. So quit, already!

Why Use the Phrase at All?

And that leads us to the third problem with the phrase. If it is meaningless and misleading, then why is it used at all? It has only one purpose: to beg the question and prejudice the argument in which it appears. By calling your scheme for social improvement a matter of “social justice,” you imply that doing something else, or doing nothing, would be unjust. Hence, if I, on purely prudential grounds, prefer a different solution to the problem (or think you have misidentified the problem in the first place), I am preemptively labeled a proponent of injustice.

This is the fallacy of poisoning the well. It is devious and dishonest and beneath the dignity of anyone who truly wishes to be helpful to the unfortunate. Just stop!

Social Justice is a “Gospel Issue”?

The fourth issue may be the most serious of all. It is bad enough when secular people misuse the phrase, but now we have Christians doing it too. We are now told by certain people that “social justice” is a “gospel issue.” What does this mean? It is ultimately a claim that their particular analysis of social problems and their particular set of pet schemes for addressing them is implied or even demanded by the gospel itself. So if you dissent from their (usually Leftist and often neo-Marxist) analysis or solutions, you are not only unjust but also unloving and un-Christlike. You are probably a heretic to boot. Enough!

It is possible that one’s opponents, political or theological or both, are in fact horrible people who delight in injustice and are reprobate in the bargain. It is possible that one’s solutions to political problems and social ills are brilliant and even just. But these propositions have to be established on their own merits through evidence and logic. They cannot be established, and should not be implied, simply by the tossing around of a popular buzz-phrase. I have three words for those who keep on doing it: Cease and desist!

Donald T. Williams, PhD, is R. A. Forest Scholar and Professor of English at Toccoa Falls College in the hills of NE Georgia. He is the author of thirteen books, including Deeper Magic: The Theology Behind the Writings of C. S. Lewis and An Encouraging Thought: The Christian Worldview in the Writings of J. R. R. Tolkien.