The author himself was "collateral damage" in the effort to sabotage Trump, victimized by a series of smears and innuendoes. 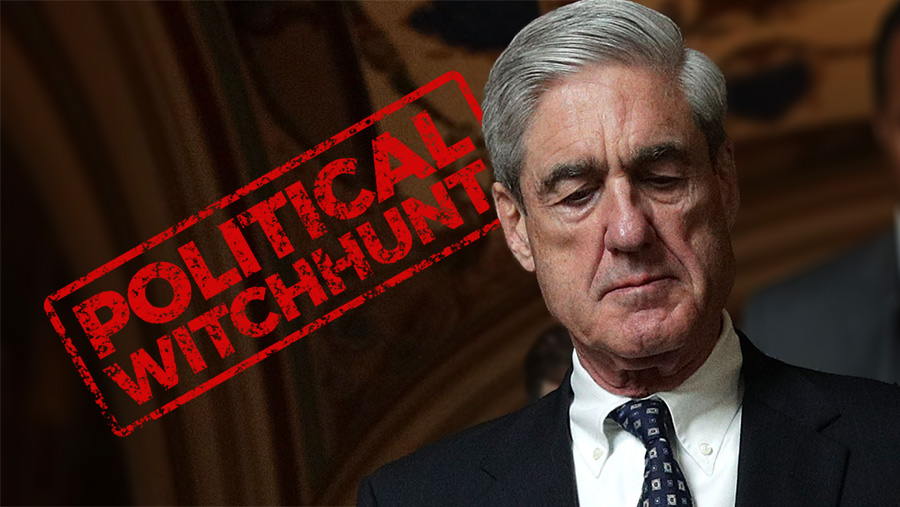 Even those of us who never were devotees of Seinfeld can recall some of the better lines from the comedian named Jerry. I always liked his bit on China’s continued resistance to the rise of the fork & knife more than a thousand years ago.

I’ll tell you what I like about Chinese people. They’re hanging in there with the chopsticks, aren’t they? You know they’ve seen the fork. They’re staying with the sticks.

I’ll tell you what I dislike about the mainstream media. They’re hanging in there with Russiagate, aren’t they? Almost daily, we see new revelations confirming this whole red smear was overblown. Yet the American legacy media clings desperately to their paranoiac belief that the Trump campaign conspired with the Russians.

The Russians most likely did what we would expect them to do – engage their counterintelligence apparatus to compete with us. That is all. I am not suggesting we should ignore Russian interference in our politics. But the wild goose chase was a misguided frenzy where anyone with perceived Russian ties became a target. Media of record, Big Tech, Twitter trolls – they all bought into a self-perpetuating spin that turned into a conspiracy theory that turned into an obsession. To claim otherwise is patently false and gives the former President way too much credit.

We see this everywhere. The New York Post just recently had an amazing scoop on how President Biden, when he was vice president, met with a top executive of a shady Ukrainian energy company at the request of his son, Hunter. The company was paying Biden’s son $80,000 a month for his connections. Hunter’s emails showed that he told people he was handing 10% to 50% of the foreign windfall to “the big guy” — Joe Biden himself.

The rest of the media ignored the Hunter Biden facts — and focused, instead, on the possibility that this latest scoop somehow was the work of covert Russian operatives. Never mind whether the emails were authentic — they were. The media nodded placidly when Twitter and Facebook brazenly muzzled the New York Post and blocked users from being able to retweet the story or open the online link to read it. Now “de-platforming” undesirables is standard practice for Big Tech and has become part of the cancel culture deleting people and freezing social media accounts.

The media continue despite a stunning revelation in late September 2020. The CIA knew in July 2016 that Russian intelligence believed — or was pretending to believe — the Hillary Clinton campaign was plotting to smear candidate Donald Trump.

This news came not from an anonymous and illegal leak, as did so many headlines in the Russiagate investigation. This news came on the record from the U.S. Director of National Intelligence, John Ratcliffe, who declassified secret information and released it to Congress.

The Deep State Knew Better, But Kept the Lie Alive

Therefore, the FBI and the CIA waged a full-scale assault on the new Trump administration based on allegations they knew to be questionable, and possibly fabricated by the Clinton campaign or Russian spies. Then the Mueller team investigated this farce: 675 days, 2,800 subpoenas, 500 search warrants, 500 witnesses, 19 lawyers and 40 FBI agents. Cost: $25 million for a 488-page report that cited “no evidence” that “any American” had colluded with the Russians. Zilch.

The mainstream media outlets that spread this scandal never have deigned to explain how they got it so wrong. Nor did they explain why they became useful idiots for Russian spies. I take this personally. In early 2018, I was collateral damage in this smear. See my Wall Street Journal article last year explaining what happened to me.

I Was Collateral Damage

McClatchy Newspapers (now bankrupt) published a four-part series speculating that I might be a Russiagate co-conspirator. No one alleged this outright — they hoped and tried but could not. It was all insinuation and innuendo, mischaracterized attributions, and outright lies from anonymous sources with hidden axes to grind. Each story included the waffle: “It isn’t known what, if any, connections Mr. Vanetik may have to” so and so. To avoid any libel problems.

Various newspapers and websites, of course, picked up the bogus reporting. None of them gave me any chance to refute the lies and erroneous suggestions. Nor did the three McClatchy reporters — completely unknown and irrelevant tumbleweeds in journalism circles — who were responsible for the fabricated smear. Kevin G. Hall and Ben Wieder in the Washington Bureau, and Angela Hart, then at The Sacramento Bee and now at a captive Kaiser health policy website. They just fired at will, and at anything. When they wrote the stories, they never gave me a chance to attempt to refute their absurd claims. And now, in the same vein, they can’t be bothered to respond to my phone calls, texts and emails.

Empowered by the Russiagate frenzy and self-righteous sense of impunity rivaled only by that of Big Tech or the cyberbullies that infest social media, they spewed out nonsensical bile, and moved on to libel their next suspected “Russian spy.”

The corporate media, unrepentant and arrogant, should claw back some credibility. They could do that by agreeing to strict, old-fashioned journalistic standards:

Perhaps the Supreme Court will revisit New York Times vs. Sullivan. That ruling in 1964 said any public figure, to win a libel case against the media, must prove reporters operated with malice or utter disregard for the truth. That is an extremely high hurdle. As soon as they cover you, you now are a public figure who cannot fight them in court of law or court of public opinion and win.

The Biden-Harris administration should give Russiagate a decent, final burial. Congress needs to consider passing legislation that establishes smear victims bill of rights. The U.S. Supreme Court should do its part and overturn Sullivan, setting in motion a desperately needed change in how the law treats victims of media smear campaigns.

Yuri Vanetik is an American lawyer, investor, and political strategist. He is Lincoln Fellow at the Claremont Institute and serves on the Board of Trustees of University of California, Hastings.