‘Why Should I Vote?’ 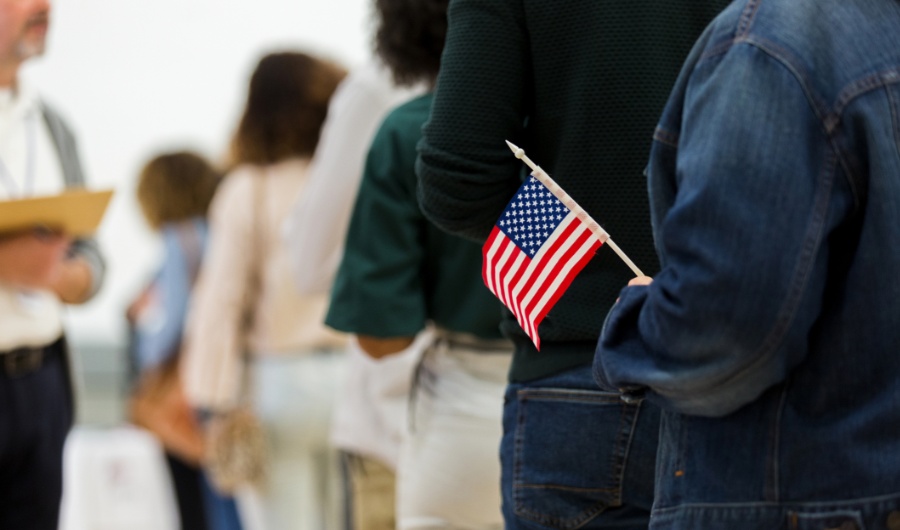 I receive these questions many times for various reasons in my line of work: Who says you should vote? Does it make a difference? What if you don’t like the choice of candidates? Should you still vote?

As the General Election approaches, these questions are even more relevant. From Scriptures to civics and family legacies, there are many reasons why it’s vital for Americans to vote.

Be Salt and Light — Take Part in the Process

First, Scripture reveals what government should look like. The Bible tells us that God ordained civil government to be His servant for our good. (Romans 13:1-4) Conversely, when government does not serve its God-given purpose, the nation tends toward corruption. The influence of Israel’s kings on the people’s behavior is a prime example. In Proverbs 14:34, we see that “righteousness exalts a nation, but sin is a reproach to any people.”

How do people take part in making a nation righteous? By being salt and light — “You are the salt of the earth, but if salt has lost its taste, how shall its saltiness be restored? It is no longer good for anything except to be thrown out and trampled under people’s feet.” (Matthew 5:13)

One of the ways people can be salt to flavor and even preserve the world is to influence who manages our government by participating in the election process and voting. When eligible voters choose not to vote, they walk away from our chance to make a difference.

Called to Be Good Stewards

Additionally, Scripture is clear that we all need to be good stewards of all that God has given us, including one’s citizenship.

Unlike many Christians before us, everyone has the ability to direct the course of our nation through their vote. God has given Americans the privilege of living in the United States, and just as with any other good gift or talent from God, we are called to be good stewards. The blessing carries with it a responsibility.

In Matthew 25, the Master of the servant who has best used his talent says to him, “Well done, good and faithful servant. You have been faithful over a little; I will set you over much. Enter into the joy of your master.” As Americans, our vote is one of our “talents”; it must be used wisely.

Looking outside of biblical references, elected officials determine laws that affect us — whether we vote or not — and those laws affect our ability to live out our beliefs.

Almost every week, a new headline reminds me how the actions of an elected government official — or someone in government who was appointed by an elected official — affect our freedom to live according to our faith. We live with the choices that are made in elections, and the best time and place to stop bad policy is at the ballot box on Election Day.

Even if there is not a great choice between the candidates (which is why primary elections are important), every vote can still slow the overall decline of our country. It takes patience and perseverance.

In recent years, many elections have been decided by the slimmest of margins. One only needs to look at the U.S. Senate Republican primary in Pennsylvania this year, where the winning candidate was decided by less than 1,000 votes. Or consider a U.S. House race in Iowa in 2020, where the margin of victory was a mere six votes! Those six people who voted made a huge difference in the future of their state. Such slim margins are even more common in local races. We can’t leave our future to chance. Every vote matters.

An Impact on the Future

It all comes down to this — we impact future generations. Our children and our children’s children are impacted by how we vote and by the actions taken by officials we elect — or by judges appointed by elected officials.

The impact of our votes on the judiciary alone is sobering when we look at Roe v. Wade and its reversal after nearly half a century of unconstitutional rule … and millions of lives lost. Voters were partially responsible for both decisions made by justices who were appointed by the president and confirmed by the Senate.

We must also remember that we impact our children not just with our vote, but with our example. Are we setting an example of someone who is a conformer to culture, or changer of culture? Are we leaving a legacy, as our forefathers did for us, as people who would devote our “lives, fortunes, and sacred honor” for liberty — not just ours, but our children’s?

Whatever the reason for voting, it all comes down to duty. Our nation was born from stout-hearted patriots who knew their duty and did it, even when the odds were against them. So even when there are concerns about the integrity of the election process, there is still a civic responsibility to vote. By arming ourselves with facts and testing those facts against prayerful reflection and biblical values, we can be assured that we have made informed choices and carried out our duty, regardless of the outcome.

Debbie Wuthnow is the president of iVoterGuide and a member of the Board of Directors. iVoterGuide offers election dates, registration deadlines, polling locations, and other information needed to help Americans vote wisely and identify candidates on the ballot who share their values.