So Why Is Racism Wrong, Anyway? (And Yeah, It’s Wrong)

Without the Natural Law liberals despise, they don't have an answer. 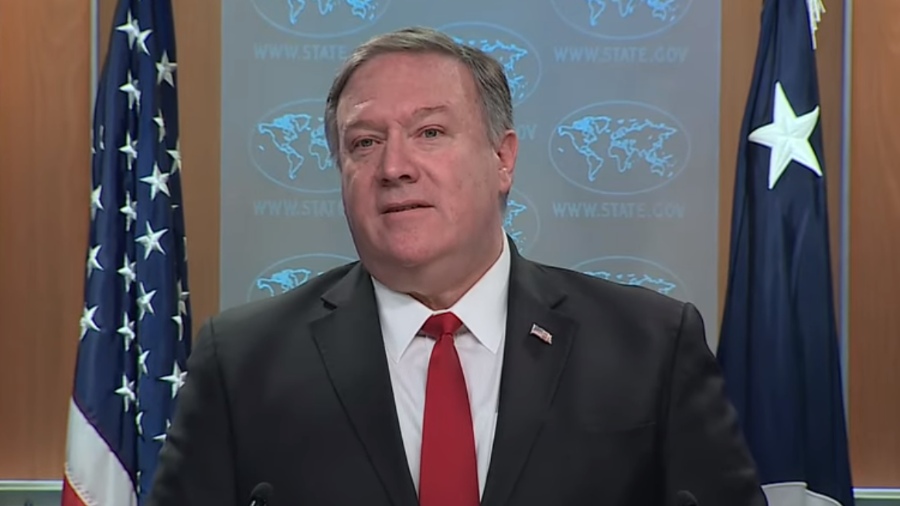 “They’d rather cut out the only theoretical justification for condemning genocide than pull up their pants.” — John Zmirak, The Stream.

Pundits across the web are complaining about the Secretary of State Mike Pompeo’s newly-created Commission on Unalienable Rights, formed specifically to explore natural law and human rights. The complainers’ language is similar from site to site. It looks as if they’re sharing talking points.

Natural Law and the Commission on Unalienable Rights

The commission’s charter is to “provide fresh thinking about human rights discourse where such discourse has departed from our nation’s founding principles of natural law and natural rights.”

It’s perfectly straightforward. We can define Natural law as the claim that

certain rights, moral values and responsibilities are inherent in human nature, and that those rights can be understood through simple reasoning. In other words, they just make sense when you consider the nature of humanity. Throughout history, the phrase “natural law” has had to do with determining how humans should behave morally. The law of nature is universal, meaning that it applies to everyone in the same way.

Natural law is consistent with biblical law. Both have their ultimate source in God. But natural law “applies to everyone in the same way,” which means it exists and can be known apart from any specific religious belief. We don’t need the Bible to know that mass murder is wrong. The Founding Fathers read natural law as showing that we have “certain unalienable rights,” and that these are founded in human nature, not in government.

In other words, natural law provides a moral foundation that secularists can’t dismiss on account of any pet theories on church-state separation. So it’s no wonder gay activists don’t like it. No wonder they’re doing their best to re-define it. They have to make it look bad. Otherwise they do.

So at The New Republic, a University of Wyoming professor, Brent Pickett, explains that “natural law theory is mostly used to justify differential treatment of LGBTQ people.” New Civil Rights Movement and The Advocate both call it anti-LGBT “code.” One of the web’s less-traveled sites explains what this “code” is all about:

That’s utterly, completely wrong. I’d call it hilariously wrong, if only it were funny. Natural law most certainly was one of America’s central founding principles. This blogger bought the talking point about “code,” without having a clue what the words in it meant. The other authors? They did marginally better. But not much.

As a matter of historical fact, either we had sacred texts informing our basic legal theories, or we had natural law, or we had nothing. No other stream of thought fed English Common Law or early American law like natural law. That includes our Constitution.

On civil rights, either we have holy books describing human rights, or we have natural law, or we have the government. But the Bill of Rights assumes rights exist prior to government. Without either scripture or natural law to inform it, its entire foundation vanishes. It’s a pyramid floating in mid-air.

Gay-rights activists might be okay living in a world without any sexual ethics. But in fact their vandalism of natural law undermines all ethics. Ethical theory must be grounded in a solid understanding of human nature. Otherwise we eliminate all reason to treat humans differently than animals. Which means we lose any moral reason to treat women, people of color, “undesired” ethnic groups, the disabled, or anyone else equally.

No, It’s Not Just “Code” — Though They’re Invested in Calling It That

That’s the scope of natural law. But homosexual activists have reason to distort it. They have reason in particular to fear a natural-law initiative in the human rights arena. It’s not religious. It’s not vulnerable to the same strategies they’ve used to get the Bible kicked out of public policy discussions.

What they can do, though, is prime the media with lies. It’s one of their favorite tactics. And that’s why “natural law” is now part of their index of forbidden words.

So their best strategy may be to re-define the term, to make it look discriminatory. But then we could ask why discrimination is wrong.

Go ahead, ask a liberal that. See if he has an answer. Wait out the crickets. Ask him to explain why Jim Crow or genocide is wrong, without referring to what it means to be human. Without relying, as Martin Luther King and the Nuremburg judges did, on some form of natural law.

Liberals can’t do it. What they can do, though, is prime the media with lies. It’s one of their favorite tactics. And that’s why “natural law” is now part of their index of forbidden words.