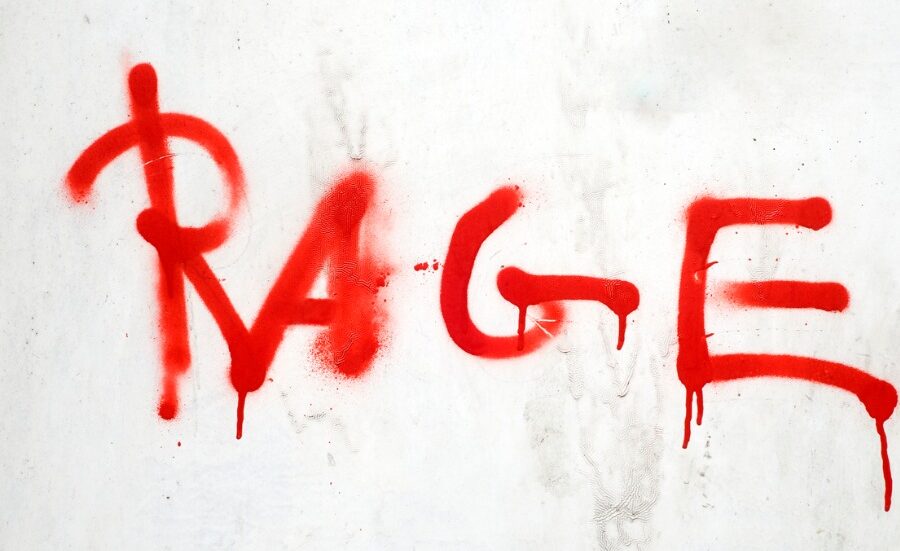 The current wave of racial rage sweeping America is frightening, not only for its senseless violence but also because it seems to be relentless. It seems like it can never be appeased or lessened.

Why is this? It is because irrational rage is the outgrowth of Resentment. I have capitalized the word “resentment” because I am referring to a special type of resentment — not just the natural resentment we feel because Sally won the race or Johnny got a bigger piece of pie. I’m referring to something in human behavior that I call “the Resentment Loop.” Resentment with a capital “R” is when an injustice, an injury or a grievance festers away in our heart and mind. We keep replaying the injury over and over again like a gif that plays and replays. Not only do we replay the injustice, but we replay what we should have done or said.

You know how it goes: We all do it. We say to ourselves, “What I should have said was —” or “What I should have done was —.” Or “He should just wait. Next time I will really tell him what I think!” The Resentment Loop plays and replays in our mind until it becomes an obsession.

The African American community have within their shared history the real, gigantic injustice of slavery and generations of racism in America. Despite the advances our country has made in abolishing slavery and legislating for equal rights, real discrimination based on race still exists. This real and continued injustice has bred the Resentment that simmers below the surface in our society and which explodes into rage, race riots, recrimination, and revenge.

What happens next is what makes the race-based resentment so hard to abolish. I call it the “Resentment Flip.” At first the feelings of Resentment are negative and dark for the person who experiences them. But eventually they flip. After they become obsessive, the feelings of resentment become a permanent part of the resentful person’s life. At that point the Resentment flips from negative to positive. In their mind it becomes something noble and good. They perceive themselves as warriors in a noble cause. Rather than their Resentment being an open wound it becomes their red badge of courage. Their pursuit of justice becomes not only their noble cause, but the whole purpose of their life and being. Their identity becomes one with their Resentment.

Their pursuit of justice becomes not only their noble cause, but the whole purpose of their life and being.

This is why it is almost impossible to assuage tribal rage. The person or group for which Resentment has flipped to become their noble cause and the source of their self-esteem will not be satisfied by any efforts to address the injustice or make reparations. They will not be appeased because, should the source of their Resentment be solved, their noble cause and their self-esteem — indeed their whole reason for existence — would disappear.

The only answer to the Resentment Loop and Resentment Flip is to first be aware of it and realize that we ourselves may slip into this demonic dynamic. Secondly, when we see that others have fallen into the trap we may try to offer the only solution which is forgiveness.

Unless the risky proposal of forgiveness is contemplated and then put into action, the racial rage and simmering violence in America will not only continue. It will get worse.

Dwight Longenecker is a Catholic priest working in South Carolina. His most recent book is Immortal Combat: Confronting the Heart of Darkness. Browse his books and read his blog at dwightlongenecker.com.

Do All Things Work Together for Good?