Would Someone Please Explain Why Pro-Abortion People Write Such Nonsense? 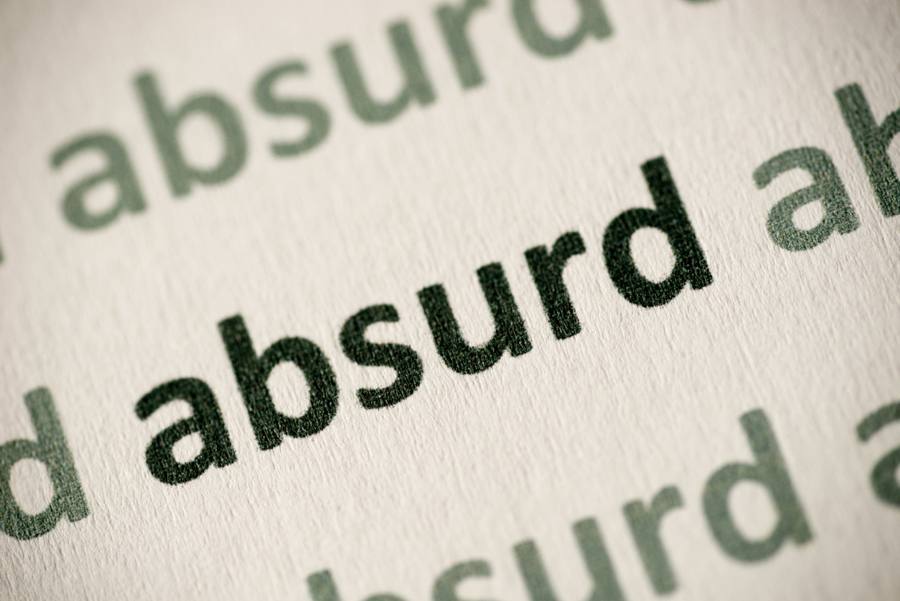 You’d think they’d be embarrassed. It’s inflammatory, it’s biased, it has no evidence to support it, but The New York Times featured it on their home page anyway: Gail Collins, opinion columnist at The Times, wrote that the pro-life movement is “basically about punishing women who have sex for pleasure.”

I read that, and four questions hit me almost at once. The first two said it best: “What?” and “Are you kidding?” I also had to ask, “Where’d she get that from?” and “Why does anybody publish such nonsense, much less write it in the first place?”

She didn’t get it from any pro-life literature. If that’s what we were “basically about,” we’d have it out on display: “Our movement has one value that overrides all other values: We’re here to punish misbehaving women!”

It’s not there. Not even close. Not even close to being close. You might find it somewhere if you look hard enough, but it would be in some side conversation between fringe weirdos whose values would scare us, too.

This is Collins’s own made-up story, in other words, an invention based on no evidence whatsoever. There’s nonsense all through the piece. At the end she calls Oklahoma Republican James Lankford “radical” for “believing that the reproductive experiences of [sea turtles] are comparable to the experiences of human beings.” She actually thinks he believes that? Seriously?

It makes for a nice rhetorical twist in there, I’ll grant her that, and logic it leads to makes her closing point a real haymaker — but only if it’s true. I mean actually, literally true. Figuratively true doesn’t do it. And here’s the problem. No one believes that. No one. Not anyone, anywhere. The haymaker she meant to point at his stupidity turns out to point at hers instead.

Why? I Mean Really: Why

But this leads me to wonder what’s behind this. Specifically, why is it that neither she nor The Times show any sign of caring how much mindless idiocy they reveal about themselves? What motivates this? To me it’s something astonishing; I marvel at it.

So I make my conjectures about it. Maybe it’s the raw need to win; to make pro-lifers look bad, our case looks bad. It’s the idea that if you say a thing often enough, people will believe you, no matter how nonsensical it is.

Or maybe it’s something like a liberal mob mentality, where ideas spread by some contagion other than rationality. Thoughts like these might be so embedded in liberals’ thinking, they can impress each other by repeating them to each other.

“For Evidence I Present … Something Someone Said 150 Years Ago”

I admit I’m speculating. I have no idea what’s behind it, but I do know what isn’t: Evidence. You won’t believe how desperately Collins claws for something to support her line, that being pro-life is “basically about wanting to punish women.” Are you ready for this? The next thing says as she continues is, “It’s a concept with a long tradition in American history. Back in 1873 — ”

I have no idea what’s behind it, but I do know what isn’t: Evidence.

The best she does is to quote the late 19th-century anti-porn crusader Anthony Comstock. Collins tells us someone asked him “whether it would be all right for a woman to use contraceptives if pregnancy would endanger her life.” She quotes his answer: “Can they not use self-control? Or must they sink to the level of beasts?”

She spits it out with all the contempt she can gather. Does it really deserve that, though? Read it again, and this time pay attention to what he’s actually saying: that women have what philosophers call agency, the unforced ability to decide to do something or not to do it. Is that an insult? He’s saying too that women are human, not beasts. Is that an insult? And he’s also suggesting that self-control is a good idea. I have trouble finding fault with that.

Look Who Agreed With This Crusader!

And he wasn’t alone in his opinions. Allan Carlson told the story well in Touchstone a few years back. (It’s behind a paywall, I know. Go ahead: Buy the subscription. It’s the best magazine I know of for serious, thoughtful, believing Christian reading.)

Comstock was a crusader against pornography and contraceptives, says Carlson. Collins probably knew that. She might also know that in 1873, he led the passage of a Federal anti-obscenity bill, with language shaped by a Supreme Court Associate Justice. I wonder if she knows what the New York Times (yes, the same New York Times) said when the bill was passed:

Congress could now be forgiven its recent financial scandals, since it had ’powerfully sustained the cause of morality. . . . Those wretches who are debauching the youth of the country and murdering women and unborn babes, will soon be in the strong grip of government.’

(The first words in that quote are Carlson’s.) Even if she knew that as context, you can bet she wouldn’t have wanted to include it. She wouldn’t have cared to mention that Comstock had the support of pretty much anyone who was anyone, a long list that amounted to “almost a roll call of the [New England] Brahmin aristocracy.” The names included J.P Morgan, Samuel Colgate (head of the family’s “soap business”), Andrew Carnegie, Louis C. Tiffany, and Alfred S. Barnes, whose partner’s name was Noble.

So it wasn’t just “legislating the religious beliefs of just one segment of the public” then, as she complains today. And what about this: Could it be that Comstock and all his many supporters were right? What makes self-control such a bad answer? What’s wrong with counting ourselves as humans, and being responsible for what we do as humans?

What Is This ‘Punishment’ She’s Imagining?

“It’s punishment, that’s what’s wrong with it!” says Collins. (I paraphrase, but that’s her point, clear enough.) I’m having trouble figuring out what that even means. Does she picture us secretly whispering, If women misbehave, we’re going to make them pay for it!

If so, how is that any different than, If women misbehave, we’re going make them be pregnant for it! And stay pregnant! Because we hate women misbehaving!

If it’s “basically about punishment,” then it seems to me it would have to work something like that, where pregnancy isn’t just a two-step thing. It isn’t “the couple has sex, and the woman conceives a child.” It takes four steps instead. A: The couple has sex. B: Conservatives disapprove. C: They want to punish the woman. D: She gets pregnant. You’ve got to have B and C in there! It won’t happen without that need to punish!

How is that any different than, “If women misbehave, we’re going make them be pregnant for it! And stay pregnant! Because we hate women misbehaving!”

It’s silly. It’s not just wrong, it’s amazingly wrong. Collins accused Lankford of believing something ridiculous, and she did so without reason or evidence. Here we have reason to think she believes something equally nonsensical, or even worse — but no, not really. It might be the logical outworking of what she’s said, but that doesn’t mean she’s worked it through in that manner. She said something that seemed sensible to her, not realizing it led to something totally nonsensical. People do that. It’s not good, it’s not something to emulate, but we need not make it sound bad as bad can be.

Still, though, it really does appear she forgets that pregnancy is a natural result of human physical intimacy, with emphasis on natural. It’s a consequence, a normal one, not a punishment. It sure doesn’t need conservative intervention to make it happen! But when the child is healthy in the womb, it takes a very unnatural abortionist’s knife to stop the pregnancy short.

What if It’s About Guilt After All?

So once again I ask, Why? I’ll add one more conjecture to the possibilities I floated earlier in the piece. I wonder whether on some level they realize that unmarried sex for pleasure is wrong. (You can be sure they’re not talking about the proper pleasure of a husband and wife, to which God gives His complete blessing.)

Maybe they realize it’s wrong, and that it actually deserves punishment. Could this be why the reason read “punishment” into pro-life advocacy, even though we never come close to speaking such a thing?

Maybe, maybe not. Maybe I’m off base. If I am, I can at least tell you this: It’s nowhere near as hare-brained as what Collins’s piece is trying to sell.

Most pro-lifers believe extramarital sex is wrong. If there’s a punishment to be had for it, though, we’ll let God sort that out; we don’t care to do so. We just want to keep babies from being the ones who are punished for it.

And unlike the folks we’ve been marveling at here, we’d also rather not embarrass ourselves by spouting nonsense.