On no other subject are people so willing to say so much about things they understand so little. 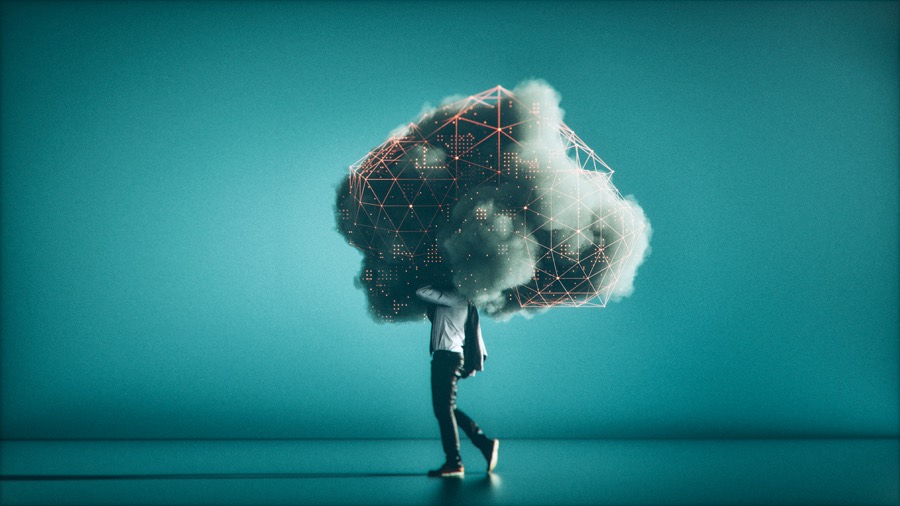 Michael Jacobs took a class on religion over forty years ago. He hasn’t thought about it much since, but he thinks he’s got something to say about God — God and the internet, in fact. He’s asking, “Is the Internet God?” Seriously. That’s the title of his recent Ithaca.com op-ed.

If you think that question’s not worth wasting time on, I’m with you. But there’s something instructive here anyway. It illustrates just how eager some people are to parade their ignorance, especially regarding God.

Much of the lesson is found in his opening and closing sentences. “I must confess,” he starts out, “that I haven’t thought much about the nature or existence of God since I took a Philosophy of Religion course as an undergrad in the ‘70s. I was neither a Philosophy nor Religious Studies major; I enrolled in the class to give my nascent atheism one last test.”

He ends;”It is a testament to the value of a liberal arts education that a class I took 40 years ago is continuing to provide a foundation for my critical thinking today, though perhaps it’s time for a refresher course.”

Testament? Yes, to something. It’s testimony to how a person can fool himself on his “critical thinking” skills concerning God and religion. And he’s not alone in that.

I doubt you’ve heard of Michael Jacobs. Neither had I. But he represents dozens if not hundreds of non-believers I’ve met online, who say Christianity is stupid for its “historic warfare against science,” its “hundreds of conflicting translations,” its “total lack of evidence” and of course much more than that. They’re wrong — and obviously so, for those who know the facts. Still they’re completely confident they’re qualified to speak.

Jacobs’ opening sentence might as well have been, “I don’t have a clue what I’m talking about, but here’s my take on the Truth of the Universe.” No one would dare speak with so little knowledge on any other topic. On God and religion, though, everyone feels free to parade their ignorance.

Is the Internet God? Or Godlike? No.

Jacobs wants to ask, “Is the Internet God?” or even “godlike”? What’s the point of a question like that? I don’t know; maybe he thinks the idea of God is trivial enough to play with that way. But he doesn’t know what — or Whom — he’s playing with.

The internet, he says for starters, “is the closest thing to omniscience we’ve ever seen in the history of mankind. Just try to stump Siri with a question.” I wish I could believe that was meant as satire. His closing line on “a class I took 40 years ago” would be perfect in that case. Alas, but no; not even close.

It’s the same kind of mistake as supposing the Library of Congress knows the content of all its books. The librarians know some of it; the books themselves know nothing. The internet is a vast, interconnected, interacting store of voltages, currents, and optical amplitudes and wavelengths. These are not the sorts of things that know, any more than paper and ink in books know anything.

It takes a mind to know, and the internet is by no stretch of any definition a mind. Yet he treats the internet as if it had its own consciousness. At least he doesn’t suggest it has a conscience. He doesn’t include holiness in his list of similarities. Whether he knows holiness, righteousness and love are essential to being like God, I couldn’t tell you.

Jacobs continues his errors down the page. He doesn’t just get omniscience wrong. He also thinks the internet displays something like omnipotence, since it can “alter elections, … make celebrities out of ordinary people, … turn paupers into billionaires, etc.”

Sure. All on its own, without any help from anyone. Apparently it has a life of its own, its own power to act. Jacobs seems to forget that the internet is actually a communication and data storage medium. It’s the people interacting there who actually do things, and who make it do things for them. The internet has no power of its own. It’s a slave system, and rightly so, for it doesn’t have its own consciousness, and that’s what it was purposed to be.

It’s that cavalier attitude toward the study of God — religion, too — that gets to me.

But Jacobs doesn’t stop there. He says the internet “surely” displays “one concept of eternal existence.” It goes like this: “There is no reason to believe that the internet won’t exist in one form or another as long as human civilization exists.”

I’m sorry, Mr. Jacobs, but “no reason to believe it won’t exist” doesn’t equate to a God-like eternal, necessary existence. Neither does the finite future of human civilization; “eternal” doesn’t mean “a really really long time.” It means “forever.”

It isn’t God-like for the internet to have had a recent beginning in time. Neither is it like God to change to a completely different form, as Jacobs expects will happen. And the internet is not at all God-like in its contingency; that is, the fact that its existence depends entirely on human technological civilization.

It’s hard to get so much wrong in one sentence, but he managed it.

The Evil of Self-Satisfied Ignorance

Yet he thinks his one college course forty-some years ago qualifies him to write about God. And it’s that cavalier attitude toward the study of God — religion, too — that gets to me.

I’m not trying to say there’s some great fault in simple ignorance. I’d couch it very differently if I were. Ignorance can be innocent; it’s often beyond an individual’s control, and everyone is ignorant on most matters of knowledge anyway. So while ignorance is not to be desired — except in matters of evil — it’s not necessarily evil in itself.

The great fault, the real evil that I am complaining about is the self-satisfied ignorance that thinks it knows enough to speak — especially on God and Christianity — when it knows virtually nothing at all.

The great fault, the real evil that I am complaining about, is the self-satisfied ignorance that thinks it knows enough to speak — especially on God and Christianity — when it knows virtually nothing at all.

That’s the flaw Jacobs represents so clearly here. He needs more than the “refresher course” he mentioned so casually at the end of his piece — and which he obviously has no real intention of taking. It’s too bad. God is real, and God is good. Very good. Very powerful, very knowing, and certainly eternal. God rules, and His rule makes all the difference to us all, including Michael Jacobs.

He needs to learn — really learn — about the God he misunderstands so badly.