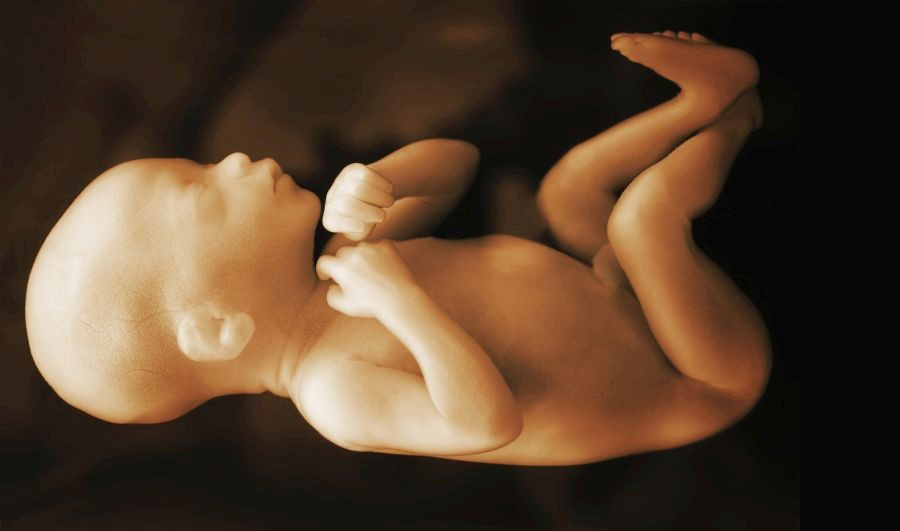 A right-wing atheist I knew at Yale liked to get under believers’ skins. At 22, he sported a prophet’s hipster John Brown beard. (They wouldn’t come into fashion in Park Slope and Portland for another 30 years.) He taught some younger members of the Party of the Right to channel Nietzsche, swig bourbon, and target shoot beer bottles just off campus.

I thought him pernicious. As an angry Catholic culture warrior from Queens, I used to parry wits with him. Once in the men’s room, he posed a musing question: “Didn’t you ever wonder, if God really exists, why did he make [human solid waste] so smelly and gross?”

I thought for half a second and said, “So idiots wouldn’t eat it.”

But this fellow often really did cut to the quick. He’d been staring into the abyss for quite a while, and sometimes he spotted things there. Then brought them out to show the rest of us, whether we wanted to see them or not.

The Last Word on Abortion

Our undergrad pack of conservative nerds spent its time debating abstract propositions, in the style of the Oxford Student Union. No notes, no cards, no time limits. You just got up and delivered your opinion, then submitted to questions. Speeches could run from ten minutes to sometimes a groaning hour. When someone got tedious we would just wander to the bar for gin and tonics, or light more cigars, puffing the smoke up at the cavernous, carved Gothic ceilings.

One night the topic was abortion, and the lines in the Party divided quickly between the coke-snorting Jewish Randians and the Catholic virgins on massive financial aid. This fellow, however, had little patience for either faction. He stood up, and in lieu of a full-length speech, he simply puffed his cigarette, and offered an aphorism worthy of Zarathustra. “They’re only babies.”

Then he sat down.

One of the Catholics shot up to his feet. He spoke to the chairman. “Will the gentleman yield to questions?”

But the speaker just shook his head. What else was there to say?

The science is irrefutable, the jury has rendered its verdict. There’s no more pretense that an unborn child is a pod produced by mother, a clump of cells, or some kind of parasite. Even some feminists like Naomi Wolf came around to admit it. Abortion is killing. A fetus is human, innocent, alive, and really just another word for “baby.” Wolf was honest enough some years ago to grant all that. But she said that it doesn’t matter. We should still be allowed to kill them.

If we’re no fundamentally different from animals, then opposition to racism, even genocide is a mere aesthetic preference. As Louis CK might say it: “I’m just really not into ethnic cleansing. I don’t think it’s cool. It’s like … mayonnaise on a sandwich. I mean, who does that?”

In a very profane but brutally candid monologue Louis CK riffs on this. If you can look past his crude language, he cuts to the heart of the issue. He admits that we’re killing babies, but then shrugs and grants women that privilege. Why? “Because life isn’t that important.”

And that’s what the West has decided. Human life isn’t sacred. We’re not that different from animals. We might even get more upset about threats to “animal rights” than we do about governments promoting abortion of the handicapped, or euthanasia for depressed people. That’s not because we think that animals are more important than people.

It’s that in a world of Darwinian randomness, we know that nothing is important. It’s all a bad puppet show, but we might as well make the best of it. And it makes us feel briefly better to moralize about something. We can plant a gold star for conduct onto our own foreheads, and maybe earn praise from our peers. Better still, it gives us the chance to condemn and ostracize others. Especially those with less formal education, prestige, or cash.

Racism and Genocide Are Tacky

If you don’t think life is important enough to spare the lives of innocent babies, you really have no strong grounds for denouncing things like racism. Does it matter when one troop of apes discriminates against another? Of course not. And if we’re not fundamentally different from animals, then opposition to racism, even genocide is a mere aesthetic preference. As Louis CK might say it: “I’m just really not into ethnic cleansing. I don’t think it’s cool. It’s like … mayonnaise on a sandwich. I mean, who does that?”

But we won’t make major sacrifices in service of moralizing mood swings. If SCIENCE could prove to climate change activists that extramarital sex was in fact warming the atmosphere, and dooming life on earth, you think that they’d give it up? They’d decide, “It’s only a planet. I’m not having kids anyway,” then hop right back on Tinder.

Don’t count on these arguments to change any minds.

Don’t believe me? What did gay activists do in response to AIDS? Many fought tooth and nail against closing “bath-houses” where that plague spread to thousands each year. Groups like ACT-UP blamed Ronald Reagan, Pope John Paul II, and Cardinal John O’Connor for “murdering” them, by not diverting every last medical research dollar to making the world safe for random mass promiscuity.

And that’s why abortion is legal. Because we’ve decided that life is fundamentally unimportant, so we might as well enjoy a little sex with minimal consequences. Before we drop into oblivion.

The debate is over. But it doesn’t matter. Pro-choicers have no good moral grounds for opposing any activity whatsoever. They’ve already admitted that life is so insignificant we may kill millions of innocents for sexual convenience. Admit that, and how can you really condemn anyone for doing anything? You can say that rape is “uncool,” or decide to ostracize pedophiles because you find them distasteful. But that’s just your personal preference. The Marquis de Sade, the first pro-abortion thinker since the evangelization of Europe, has won. The Sadists are in the saddle.

Don’t count on these arguments to change any minds. Hold a pro-choicer’s feet to the fire, as I’ve ruined many second dates doing, and she’ll actually admit it. Abortion fans will admit that their moral preferences are arbitrary prejudice. That their lives are just as meaningless as those of the babies in medical waste bins. But given that horrible cosmic fact, they intend to enjoy themselves. And they enjoy striking moralistic poses opposed to racism, cruelty, and injustice. Maybe even more than sex.

And you really can’t argue with that.

The only way out of this bottomless spiral into the bowels of nihilism? It’s to show through beautiful art, virtuous lives, and courageous action that being human in fact is something totally different.

It’s not a snuff farce, a “show about nothing” which ends with all the actors murdered. No, it’s Alexander Solzhenitsyn patiently recording the lives of his fellow prisoners, between bowls of fish head soup, on the snowy tundra. It’s a border guard risking his life day in and out in the desert, to fight human trafficking and beat back the drug cartels. And parents accepting and loving children with Down Syndrome, and finding the unique joy and innocence they offer our weary world.

It’s every human thing we have tried to hide from, in our desperate fear of suffering.

Do You Really Want the Kind of World Where Abortion’s Okay?