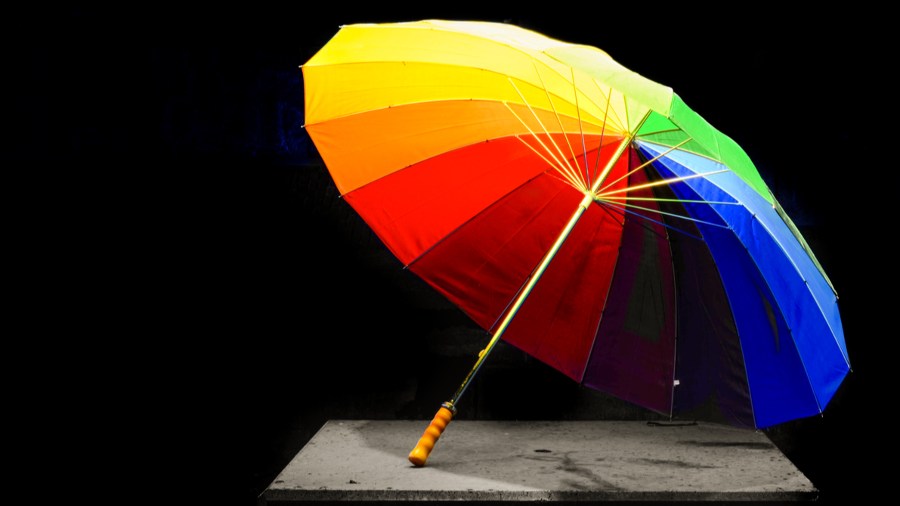 Those who uphold traditional morality and marriage step back from the month-long pride parade that celebrates alternative sexuality. They lament and fear the aggressive, well-funded LGBTQ activists and wonder where it all will end.

The Seeds of Failure are Built Into the LGBTQ Protest

I believe the LGBTQ train will eventually slow down and hit the buffers. It is going to rain on the pride parade — not because of aggressive opposition, but because the seeds of failure are built into the nature of the LGBTQ protest.

A resentment loop develops when the individual broods over the grievance, longs for justice and plans revenge. When we indulge in the resentment loop — allowing the grievance to replay over and over in our lives — it soon becomes an obsession, and if we are not careful the resentment can soon define our personalities. We become identified with the brooding resentment and the desire for justice and revenge becomes the central cause of our lives. Furthermore, we start to see ourselves as good and righteous people because we have been persecuted.

If the Protest Succeeds — It Fails

Driven by resentment and self righteousness, we soon find others with the same grievance and form a pressure group, an activist cause, a political, religious or cultural tribe. With group strength we begin to campaign for change in society.

Their protest only has gas in the tank as long as they continue to be a persecuted minority. If their protest succeeds — it fails. In other words, once they are accepted there is no longer the need to protest.

This dynamic applies to all protest groups, and given enough time they all collapse in on themselves. Here’s why: Every protest group is a group of those who are either outsiders or who perceive themselves to be outsiders. Maybe they are members of a racial, religious or ethnic minority. Maybe they are members of a sexual or social minority. Their protest is about being granted acceptance and equality. However, their protest only has gas in the tank as long as they continue to be a persecuted minority. If their protest succeeds — it fails. In other words, once they are accepted there is no longer the need to protest.

This presents a huge, unacknowledged problem for the members of the protest movement because, unconsciously they have based their identity in their cause. If the cause disappears they therefore have a genuine identity crisis. They have what I call a “crisis in the cause” and are therefore strongly motivated to continue the campaign and even to amplify it.

A “Crisis in the Cause”

To amplify the cause they must do two things: First they must ramp up their hatred and criticism of the “enemy” — the group they believe is guilty of persecuting them. The crimes of that group must be exposed and exaggerated. Secondly, they must find another area in which persecution is taking place and adopt that cause and promote it as their next campaign.

As this cycle continues, their protest movement becomes frantic. Weakened and threatened with collapse, the movement must espouse ever more extreme causes and magnify the crimes of the persecuting majority to such an extent that the campaign’s propaganda no longer bears any connection with reality.

Eventually It Will Rain on the Pride Parade

This is why it will eventually rain on the pride parade. Gay men used to haunt the dark corridors of the bath houses and illicit nightclubs. Dwelling in the world of seamy sex, one-night stands and the decadent underbelly of society — they were outcasts: classed as freaks, perverts and the worst of sinners.

Now, however, they have succeeded in their quest. Randy and Ronnie live together in the suburbs. Nancy and Nina are able to get “married” adopt some babies and seem just like everybody else. TV commercials show happy same-sex couples hugging and kissing and playing games with their kids just like the straight couples.

The pride parade is supposed to be another all-American happy holiday like fireworks on the Fourth of July and a cookout on Memorial Day. The success of the gay rights campaign is what will cause the whole thing to collapse. It will fall apart because there will no longer be a need for it.

However, this is only one possible scenario. Unfortunately the two responses to a crisis in the cause that I outlined above are now happening. The gay rights campaigners keep adding letters to their cause. It is no longer an alliance of gays and lesbians, but it now includes bisexuals, transsexuals and “queers.” Where will the campaign end up? It looks like it is advocating for polyamory. Is sex with minors just around the corner?

The other tactic when there is a crisis in the cause is to ramp up the rhetoric against the perceived enemy. When a cause is running out of gas this is the automatic tactic: increase the attacks on the “enemy” — even if the enemy has appeased and given in. In the present culture wars in America we should not be surprised if the LGBTQ activists turn up the temperature in their attacks on all who they perceive to be their persecutors.

What should one do in the face of this phenomenon? Take a deep breath. Understand the deeper, unseen and unconscious currents of behavior beneath the headlines and protests. Be patient, avoid the resentment loop and seek the way of peace, forgiveness and reconciliation.

Dwight Longenecker is the author of Immortal Combat-Confronting the Heart of Darkness. Read his blog, browse his books and be in touch at dwightlongenecker.com.