Why It Won’t Stop With Statues 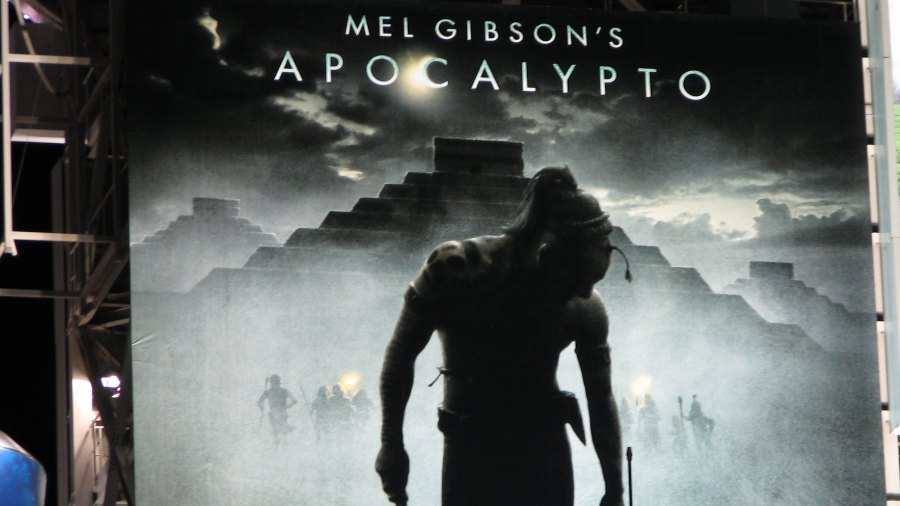 Last weekend I watched a short video of a mob in Baltimore tearing down a statue of Christopher Columbus. It reminded me of the scenes of human sacrifice in Mel Gibson’s amazing film Apocalypto.

Yes. I know it was only a statue. But will it stop with statues?

The mob in Baltimore was cheering and screaming, and as the statue crashed down they were leaping about and shaking with paroxysms of crazed exuberance. They rushed to the fallen plaster statue and grabbed parts of it and ran away with them. One man brandished the head as a trophy.

In Gibson’s film the mob howls not for the destruction of a statue, but the heart and the head of a real human victim. When the head rolls down the steps of the Mayan pyramid, the crowd dances with delight.

History teaches us that iconoclasm (the destruction of images) is often followed by genocide. In England in the 16th century they began by stripping the Catholic churches of statues. They ended by hunting down Catholics, throwing them into jail and finally executing them in the public square.

In the 18th century during the French Revolution they began by destroying the images of the monarchy and the Catholic religion and ended by worshiping Madame Guillotine. First statues fell, then heads rolled.

What is the bloodthirsty madness that sweeps through the human race and erupts in senseless violence? Its roots are in resentment and rage. The German philosopher Max Scheler described it in his little book Ressentiment and I have outlined the dynamics of this rage in my book Immortal Combat. The inner seethings of this rage are frightening to contemplate.

First it should be understood that often the resentment is rooted in a real injustice. There is a genuine cause for the resentment to take root. However, if the resentment does not switch to reconciliation and a search for forgiveness, it graduates instead into a lust for revenge. The one harboring resentment soon finds others who share his suppressed fury. The mob forms and they seek a victim.

The French thinker Rene Girard has analyzed the dynamic of mob violence. He recognizes that the mob murder is always public. Members of the mob need to see the “justice” being done. Secondly, the violence must be perpetrated by the mob, not by an individual. This group action not only creates unity within the mob, but no one person is guilty of the violence. Because all are guilty, all are exonerated. Third, there will be blood. Almost always bloodshed is involved in the murder. It is as if a blood sacrifice is demanded by some dark god infesting the human heart. Finally, and most importantly, after the murder is accomplished the crowd experiences a collective surge of euphoria. They feel they have done something wonderful and good, and are filled with an almost supernatural excitement.

The mob forms and they seek a victim.

This dynamic is evident in ancient human sacrifices, the religious persecutions, witch hunts, lynchings of blacks and mob violence of all kinds in every place at certain times down through history. Why is it so pervasive and why does it rarely stop with statues?

The answer is in the strange euphoria the mob experiences once the violence is completed. It’s like a drug, and like all drugs it makes you feel amazingly terrific. It makes you feel all powerful. It makes you feel high. However, like any artificial stimulant, the effect wears off, and when it does you have to go back for more. When the discontent, misery and fear return you go back for another hit on the drug, only this time you need a bigger dose to get the same high.

Appeasing the mob will not stop the mayhem
any more than giving free drugs to an addict will stop his addiction.

Resentment is understandable, but the way of revenge always ends in a bitter cycle of irrational rage and destructive violence. Remember the old saying, “If it is an eye for an eye and a tooth for a tooth, soon the whole world with be blind and toothless.”

The only answer to resentment and revenge is for all people of faith and goodwill to actively pursue the policies of reconciliation and forgiveness, and the sooner we start down that difficult and painful road the better — for even now it may be too late.

Dwight Longenecker is a Catholic priest working in Greenville, South Carolina. His book Immortal Combat: Confronting the Heart of Darkness considers the causes and the cure for the current social unrest in America.