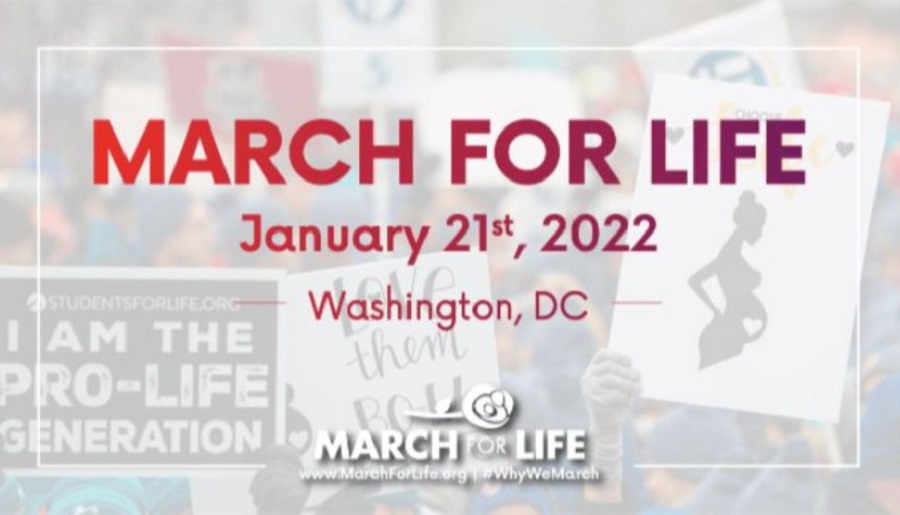 I have never gone to the national March for Life.

I am stunned just saying it — but it is true.

Though I have been a pro-life advocate for over two decades, worked for pro-life Members of Congress, and even run for Congress, I have never gone to the national March for Life.

Regional events like our annual Dallas march (where the infamous Roe v. Wade case took place), events at our state capitol, or the Life Chain each year in my local community are ways I have attempted to keep my voice consistent on this issue — but this year is different.

The Last National March for Life?

I have to go to Washington, D.C., for the March for Life on January 21st and I have to take others with me.

Here is why: Could this be the last national March for Life?

This question keeps pulsating through my mind.

Could next year be the first year that we are organizing larger rallies in our individual states and seeing Texas, New York, California, and Mississippi all make different decisions as it pertains to protecting the lives of the unborn?

Could the Supreme Court overturn Roe this summer in response to the Mississippi case — Dobbs v. Jackson Women’s Health?

Congressional leaders are calling the Mississippi case the “most consequential abortion case in decades,” and if SCOTUS overturns Roe — the decision making on this issue will go back to the states where most pro-life and conservative leaders believe it belongs.

As the 6-3 conservative leaning Supreme Court heard oral arguments on December 1st — there was a sense that not only would the Court uphold the Mississippi ban on abortion after 15 weeks, but they might reverse Roe v. Wade. A decision that conservative Justices like Clarence Thomas have wanted to do for years. He even said in 2020 that Roe “has not a shred of support from the Constitution.” That statement alone is extremely telling.

Justice Brett Kavanaugh, one of the newest SCOTUS members who was nominated under President Trump, even pushed back during these oral arguments against the thought that the court overturning precedent indicated a dysfunctional court.

Referring to cases like Brown v. Board of Education and Miranda v. Arizona, he said, “If you think about some of the most important cases in this court’s history…there’s a string of them where the cases overruled precedent.”

If we really think as Christians that the overturning of Roe is a possibility — then this year is critical for the American people to see the Pro-life movement show up and be united like never before in Washington D.C.

A Place of Connection and Unity

President Trump made history in January 2020 becoming the first sitting President to attend the March for Life gathering after sending his Vice President Mike Pence the year before — also setting a precedent.

The March has been happening every year since 1974 — making it a place of connection and unity for Pro-life advocates and organizations — whether they are Catholic, Protestant, or other religious affiliations that affirm life. This year — organizations like Concerned Women for America, Save the Storks and Focus on the Family are joining together at the March’s Expo with Priests for Life, Catholics for Freedom of Religion, Proud Catholic Company and more. This is a unified effort across religious lines.

With the knives coming out by the national media concerning the resistance of the American people to this potential reversal — people of faith across denominational lines need to make the trip and stand in solidarity for the pre-born. (Actually only 58% according to the Gallop poll in June 2021 say they are opposed to the ruling being overturned)

Statements like former Vice President Mike Pence made over a month ago need to be spoken with boldness and clarity and we as people of faith need to be there to hear them and support them. This is what the March for Life facilitates. Listen to this statement by the former Vice President on December 1st that hopefully will be spoken again in a setting such as this: “In the 48 years since the court’s ruling, unborn children have been relegated into a caste of second-class citizens, devoid of the most basic human rights, Precious babies have lived outside the protection of the law, and at the mercy of a culture that devalues them and an abortion industry that profits from their suffering.”

The Church Must Stand Up for the Preborn

Like no time in history — the church of Jesus Christ needs to stand up for the preborn. We need to choose inconvenience (by hopping on planes dealing with over the top vaccine mandates in Washington D.C.) and a hit to our family budgets — to stand up for LIFE at this watershed moment in our nation’s history.

When I am 80 years old on the porch of my East Texas home (Yes, I am going to have it one day!), and my grandkids ask me where I was when Roe v. Wade was overturned — I want to tell them that I was in Washington D.C. standing up for LIFE on that exact year.

I want to tell them that when I read these Scriptures (Jeremiah 1:5 and Psalm 139:13) — I wept over the holocaust of my generation and saw a national breakthrough.

I want to make sure I am mobilizing churches, ministry leaders and Christians everywhere to spend the marketing dollars we need to compete against Planned Parenthood’s online murderous marketing to women. I want to compel people to reach women who are on the verge of making those life and death decisions through ministries like Human Coalition and thereby rescuing their babies.

Right to Life for the Preborn

Since our brave state legislators in states like Texas took a stand to limit abortion — I want to do my part to recruit more volunteers and donors for our local crisis pregnancy centers as they are overrun now with women needing help — afraid they might be pregnant.

I want to make sure everyone knows that God loves and cares about these precious babies in the wombs across this nation and that He has a purpose and destiny for their lives. We must give them the Right to LIFE.

This is an incredible moment in our generation. Will we show up?

Will you join me?