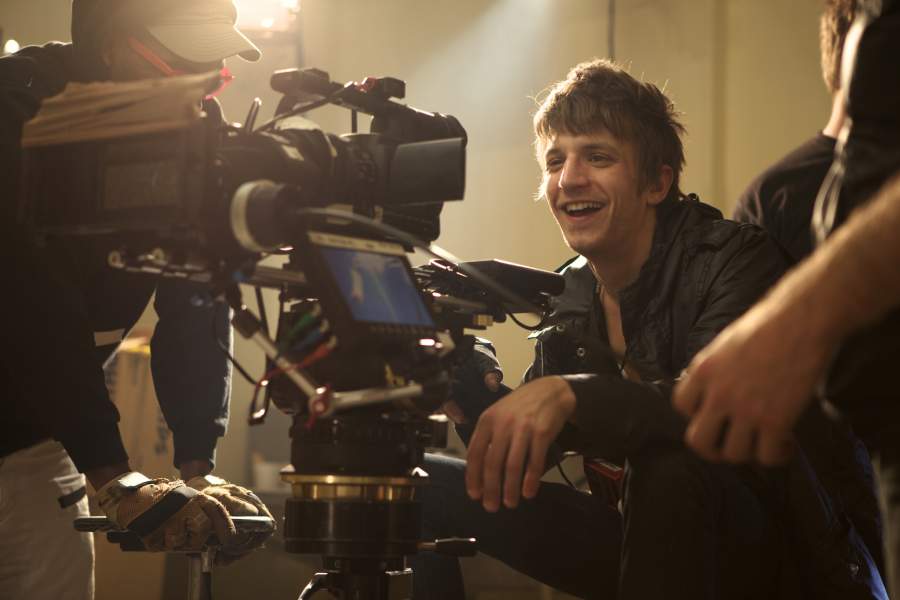 I recently had a late-night conversation with a successful Hollywood actor. He was on California time and I was three hours later on Kiawah Island in South Carolina. With the sounds of two oceans as backdrops, we puzzled over something.

I’m not talking about the Christian film industry, movies like God’s Not Dead or I Still Believe or The Ultimate Gift. Some of those movies are wonderful within their limits. I’m talking about subtle, well-written films with crisp cinematography and worthwhile insight into modern life and the human condition.

My friend from Tinseltown had the obvious answer: Hollywood today is run by the left, and it’s almost impossible to get off the ground in the popular culture without the left behind you.

We Have Stories to Tell

Still, liberalism’s dominance in the film industry has left wide open spaces for conservatives to create and find success. My Hollywood friend brought up 2018, when my friend Brett Kavanaugh was nominated for the Supreme Court. An group of oppo research goons tried to spread the falsehood that Brett sexually assaulted a girl then named Christine Blasey when we were all in high school. Some truly weird and dark stuff happened to me at the time, everything from extortion attempt to honey traps. All to get me to testify against my friend, who was innocent. (The story is going to be a book.)

My Hollywood guy made a point that should be obvious. Had the Senate vote gone the other way, had the extortion, threats, shame-storming and blackmailing won the day for the left, there’d be a movie all right. It would have gone into production just days after the final battle. It would have safely whitewashed the truth, and depicted Brett and me as monsters. Where are the conservatives clamoring to tell the real story, I wonder.

There are already plans to turn a still-unwritten Biden bio by virtue-signaling lummox and liberal darling John Heilemann into a film on Showtime. Here’s what Heilemann had to say about his project:

I first met Joe Biden in 1986 when I was in college and he was getting ready to run for president the first time, and I’ve been following his ups and downs, his triumphs and tragedies, ever since. The story of how, against all odds and against the apocalyptic backdrop of America in 2020, Biden rallied in the winter of his life to defeat Trump – and, in the eyes of many, to save the country – is one of the great political tales of this or any age, and I’m thrilled to have a chance to tell it.

I’m skeptical that Hunter Biden’s laptop or the Biden Chinese business connections are going to make the final cut. Instead we’ll see a nauseating hagiography.

“Can you imagine the possibilities of making the Kavanaugh battle into a film?” my Hollywood guy said. “You don’t make it as some apocalyptic good-vs-evil religious film, although those elements are there. You make it as a psychological thriller. It’s not Left Behind, it’s All the President’s Men. And the flashbacks to the 1980s? Incredible. Imagine the soundtrack. There’s just so much there.”

I have long argued that the right has to stop trying to move the culture via position papers. Stop shoveling huge sums into think tanks to prop up the Ira Coaster Chair in Slightly Pressurized Liberty. Instead, start creating art and culture. Take risks. That’s what the left did.

In 1967 a college student named Jann Wenner borrowed $7,500 and founded Rolling Stone. Around the same time a student named Martin Scorsese was graduating from New York University’s film school. Thousands of other talented people had already broken into the business, and started to change it. In 1968 the Academy Awards nominated these five films for best picture: Guess Who’s Coming to Dinner, The Graduate, In the Heat of the Night, Bonnie and Clyde, and … Doctor Doolittle. Only the last one was a product of the old-time studio system.

These revolutionary artists were laying the groundwork for what would become the liberal establishment. They produced amazing art and made truckloads of money. Now that establishment has now grown corrupt, rancid, and artistically out of ideas.

A Huge Opening, But No Takers

Yet there is no conservative artistic response. Conservatives simply react to other people’s art. They don’t create it. They also blast actors as lazy and pampered, which ironically is itself a lazy way of avoiding the hard work that goes into making art. When I was in college my brother was an actor. Alec Baldwin may be a raging lefty and Hollywood’s biggest pain in the butt, but he also comes from a working class Long Island family and risked everything to go into acting. It’s a great, gutsy American success story.

My brother is an actor. It 1988 he starred in How I Got That Story, a play set in Vietnam. For that performance he’d win the Helen Hayes Award for Outstanding Washington Actor.

I still remembered the night I saw the play. My brother played multiple different parts (that’s just the way the play is written, with one actor taking on many roles). I was backstage when saw my brother come off stage after his curtain call. He was drenched in sweat from head to toe. A stagehand tossed him a white towel. He looked like a summer Olympics athlete after a race.

Making good art is hard. It requires some money, which a lot of conservatives have, but don’t spend to influence culture. The potential payoff at this point in American history is huge. As my buddy from the West Coast noted, there are a lot of great stories out there. Why let the left always be the ones that tell them?