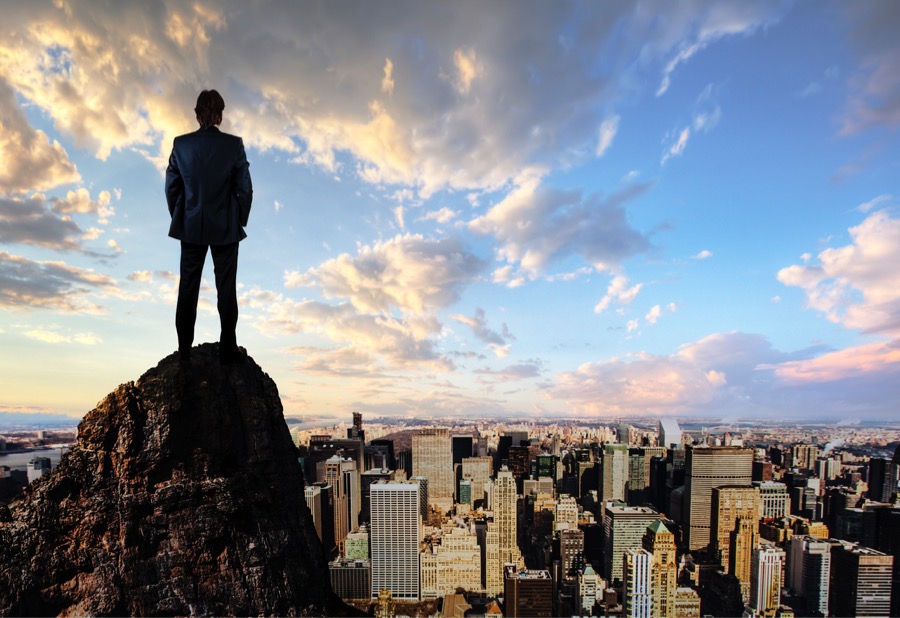 In celebration of Michael Jordan’s 50th birthday some years back, ESPN senior writer Wright Thompson spent some time with the basketball legend. Thompson gives the sense that Jordan isn’t happy. “I would give up everything now to go back and play the game of basketball,” Jordan laments. When asked how he copes with the devastating fact that he will never be who he was, Jordan states, “You don’t. You learn to live with it.”

All Glory is Fleeting

Thompson continues, “Jordan might have stopped playing basketball, but the rage is still there. The fire remains, which is why he searches for release . . . the man has left the court, but the addictions won’t leave the man.”

Most people live anonymous lives, and when they grow old and die, any record of their existence is blown away. They’re forgotten, some more slowly than others, but eventually it happens to virtually everyone. Yet for the few people in each generation who reach the very pinnacle of fame and achievement, a mirage flickers: immortality. They come to believe in it. Even after Jordan is gone, he knows people will remember him. Here lies the greatest basketball player of all time. That’s his epitaph.

There’s a fable about returning Roman generals who rode in victory parades through the streets of the capital; a slave stood behind them, whispering in their ears, All glory is fleeting. Nobody does that for professional athletes. Jordan couldn’t have known that the closest he’d get to immortality was during that final walk off the court. … All that can happen in the days and years that follow is for the shining monument he built to be chipped away, eroded. His self-esteem has always been, as he says, “tied directly to the game.” Without it, he feels adrift. Who am I? What am I doing?

The Essential Qualities of Life

Culture pushes an illusionary idea of “success,” what is “ideal.” Women, as well as young girls, refer to magazines and TV to see how they should dress and act. Teenage boys consult TV and the media for role models, and many men measure their self worth by what they have accomplished in business and financially, not realizing that a relationship with God, family, and others is the treasure they should be seeking.

Secular values have eroded qualities such as integrity, discipline, and commitment from our lives, just as water and time have eroded the banks of the Colorado River and left a vast Grand Canyon. Erosion can occur so slowly that we are unaware until its work is done. It has the power to change the course of a mighty river and it can surely change the course of our lives.

Don’t allow a declining culture and its concepts of success to erode essential qualities in your life. You can make a difference by following and obey God’s Word. With life we were given power. The power to obey God is one of the greatest attributes that we possess. There is little we can do about life’s glitches – for that matter, “successes” – except to control the way that we respond to them. The obstacles ahead are not greater than God’s power to take us through.

Happiness Shouldn’t Be Measured by Circumstance

Most of us understand that money can buy the best mattress, but it can’t guarantee sleep. Why do millionaires, movie stars and top entertainers often turn to spirituality, drugs and alcohol for the answers if success satisfies? Many discover that money, fame and recognition are not the answers. CEO’s, presidents and vice presidents frequently admit that they are happy when they reach production goals, but very unhappy when under budget, largely because they measure happiness by what’s happening to them. When things go well, they’re happy, when things go poorly, they’re unhappy. I’m not suggesting that we shouldn’t be productive, but if happiness is measured by our circumstances, it’s going to be a very rough road.

One of the happiest times in my life was when I went from running multiple fitness locations to making much less money digging ditches, writing, and managing nothing but my daily life. During this transition, I quickly learned that the more I owned, the more owned me. Goals, dreams and aspirations are God’s desire for our lives, but when these things are based on self-gratification, we encounter problems emotionally, physically and spiritually. Success doesn’t satisfy because we were not designed to be idols.

Matt Smethurst is spot on when he wrote:

“How can I find peace away from the game of basketball”? the aging legend asks. Michael, you never had peace. Triumph and fame, yes, but not peace. James Naismith invented a game that brought you a sense of purpose, of value, of calm. But it was only that — a sense, a counterfeit of the real thing. You will never find life outside the game for the same reason you never found life in it. It’s not there. The peace you seek isn’t available on a basketball court or a golf course but on a little hill outside Jerusalem. There, Yahweh incarnate hung in the place of sinners — wannabe Yahwehs like you and like me. You’ve gained the world and found it lacking, Mike. Don’t lose your soul.

Jesus asked this question two-thousand years ago and we are still asking it today: What shall it profit any of us if we gain the whole world yet lose our soul? (cf. Mark 8:36)

What Kim Kardashian and the Book of Proverbs Can Teach Us