Why Did the US Just Bomb Iran-Backed Militants in Syria?

An interview with Johannes de Jong 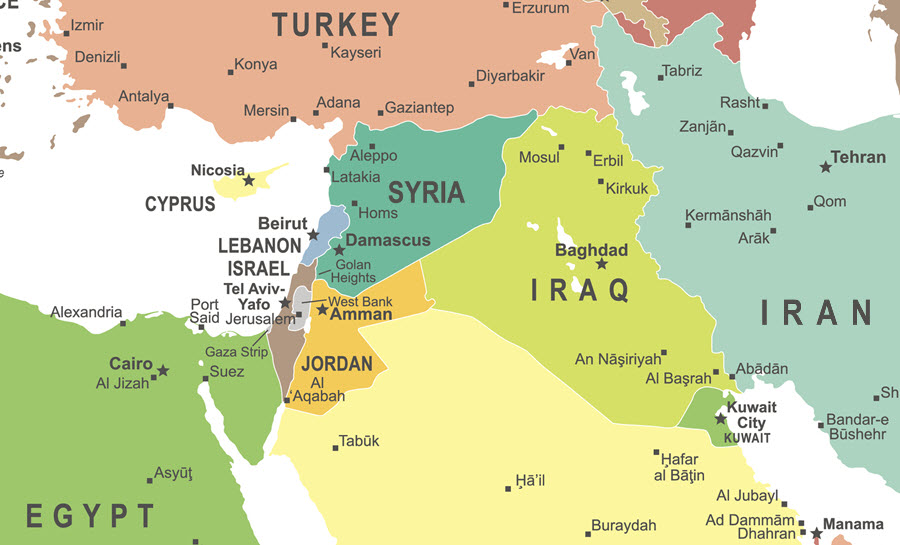 At least one Iraq militia member died and several others were injured after a U.S. airstrike targeting the Iranian-backed group hit their facilities in Syria Thursday night, according to an Iraqi militia official.

The strikes targeted Kataeb Hezbollah, also known as the Hezbollah Brigade facilities, near the Syrian border with Iraq near Boukamal, according to the Iraqi militia official, the Associated Press reported. The strikes hit trucks transporting weapons to the militias supported by Iran near Boukamal.

John Zmirak: Why do you think the Biden administration decided to make these strikes?

Johannes de Jong: To clarify to both Iran and Turkey that the US will not hesitate to hit back if needed. This is the only logical explanation, one that the Biden team gave itself. Formally the airstrikes were a response to the attack against a US base near Erbil, the capital of Iraqi Kurdistan, on February 15. It is widely assumed that the culprit was a militia backed by Iran. Teheran’s formal denial of responsibility fooled no one. With this reprisal, the Biden Administration shows that it sees the whole complex of Iranian-backed militias as a serious threat to regional stability. It won’t let Iran dodge responsibility.

So Biden is taking a very sharp line against the Iranian occupation of parts of Iraq and Syria via these militias. I think this attack is also a warning to Turkey. The formal statement says:

The operation sends an unambiguous message: President Biden will act to protect American and Coalition personnel. At the same time, we have acted in a deliberate manner that aims to de-escalate the overall situation in both eastern Syria and Iraq.

The references to Eastern Syria and to “coalition forces” suggests that Turkey also won’t be allowed to threaten US allies there, including the Syrian Democratic Forces. The furious response from Al Jazeera seems to indicate that this message was received. Al Jazeera is widely understood to amplify the Turkish and Qatari Muslim Brotherhood point of view.

Whom Exactly Did We Hit?

We bombed a “militia.” What exactly does that mean?

Let me answer with a personal observation. I have seen these “militias” myself crossing through Nineveh Plain. Their size and level of armament make them much closer to real army divisions than the word “militias” suggests. Some of these Iranian-backed armed groups are formally part of the Iraqi army, but not the group that conducted that attack near Erbil. We are talking about tens of thousands of armed men. But they are not invincible. The quality of their military equipment is way below that of the US army for example. They don’t have any airpower. They do however receive a large supply of rockets from Iran. That makes them a serious threat in the region, especially for Israel. Moreover they are threatening the Christians of Nineveh Plain in Iraq. They said that themselves, and it has been reported by other organizations.

The Scale of the Iranian Threat

Is there a growing danger of Iranian control over Syria?

In fact, Iran already controls central and southern and south-east Syria. They’re under Assad’s control in name only. The Iranian occupation reaches from Teheran, through southern Iraq, through these parts of Syria, to Beirut in Lebanon.

Do we need to fear a regime-change war that could end in a US occupation? Or a take-over by Turkish backed jihadis?

No. Not at all. There is no feasible military prospect for that nor any hint of that in the current Biden Administration. Moreover the US Senate would not want that either. Given the 50/50 balance in the Senate, this has serious weight. These airstrikes are similar to the US military response under President Trump, which did not result in a regime-change war. Finally, Russia would block such a regime-change war as well, given their strategic investment in the Assad regime.

Avoiding a Power Vacuum the Turks Would Fill with Jihad

If the US weakens Iran and Assad without supporting the Self-Administration, won’t the power vacuum created necessarily help the jihadi/Turkish faction?

If you formulate it like that, yes there is this risk. However so far there is rather an opposite indication. The US looks likely to continue to support the Self-Administration and its Syrian Democratic Forces (SDF) in North-East Syria while keeping both Turkey and Iran at bay. This is in fact the only real way forward as it makes no sense to support either Iran or Turkey.

What should the US do next to protect religious freedom and human rights in that troubled country?

First of all, keep up US support for North-East Syria and the Self-Administration and SDF there. Secondly, start cooperation with the opposition movements that represent the non-Farsi peoples of Iran. They represent 50% or more of the actual Iranian population. Keeping them out of the equation is not only discriminatory but also short-sighted. There is no solution for the threat that the Iranian regime poses to the region without 50% of the Iranian population.

The Kurds, Baloch, Lur, Azeri and Arabs living in Iran need to be heard. Including them in US strategy will harm the Iranian regime, but help prevent a splintering of Iran in case the regime falls.

Finally, the US needs to roll back Turkish and Iranian influence in Iraq. So it needs to work with the Yazidis, Syriac-Assyrians (Christians), the Kurds and the Sunni Arabs in Iraq. Also the new protest movements of young people, and those Shia Arabs who are against Iranian influence. You Americans can achieve a lot by working together with all these minorities. Taken together, this cooperation can make a huge difference, as we can already see in North-East Syria.

Editor’s note: For a better understanding of the overall situation in Syria, including how precarious it is for local Christians, see John Zmirak’s previous interview with de Jong: “How NOT to Stop the Torture in Syria.”