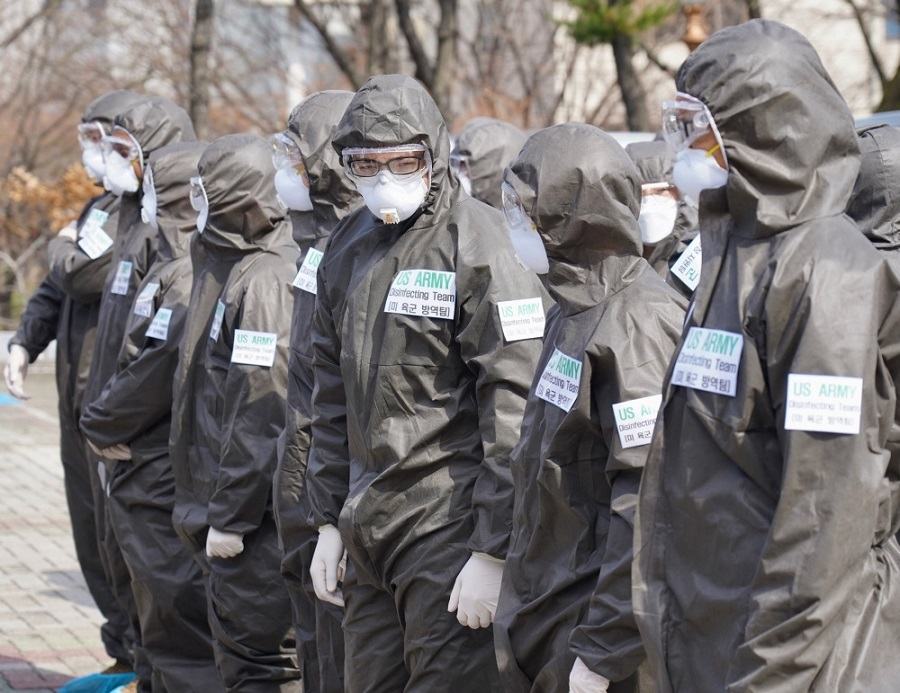 We’ve put our lives on hold until further notice because we expect things to get worse quickly over the coming weeks with COVID-19. Rather than quarantining at-risk groups and advising public precautions, we’ve shut down tens of thousands of businesses, churches, schools and universities. If they last for long, these wartime measures could exact a steep price in American lives and well-being. So, our fear of impending doom ought to be built on solid ground. Is it?

Take Italy, which is suffering the most from the COVID-19 pandemic. The numbers there suggest the coronavirus is less deadly than we’ve feared. By the time the Italian authorities had their country on lockdown on March 10th, over ten thousand Italians had been infected with the coronavirus. Health authorities worldwide concluded that the response was too late. The virus was by then too widespread to be controlled. They were probably right. Judging by published numbers, the virus paid no attention to the March 10 restrictions.

If we believe the headlines, things soon will get much worse.

In other ways, however, the numbers from Italy and elsewhere seem much less grim. Viruses sweep through populations with a characteristic growth and decline. The rate of new infections skyrockets until a sizable segment of the people have been infected. At that point, the growth starts to taper off — slightly at first, and then dramatically.

So how do we tell what’s likely to happen in this case? We would like to know whether the deaths caused by the coronavirus are swelling the number of daily deaths above the average in a given country. At the moment, we don’t have those numbers. In the meantime, another way to gauge the spread of this infection is to compare the count of virus-associated deaths per day with the usual number of daily deaths.

The deadliest viruses cause huge spikes in death rates. For example, about 57 people died every day in Philadelphia prior to the 1918 Spanish flu pandemic. When the virus swept through that city, 759 people died in one day — thirteen times the normal count. At the other end of the continent, a tiny Alaskan village with 80 adult residents lost 72 souls over a period of five wretched days. It doesn’t take an expert to spot tragedy on this scale.

So far, no country-level COVID-19 death count has surpassed its normal pre-pandemic daily death count. Spain, which loses about 1,200 people on a regular day, is now attributing about a quarter of that number to COVID-19.

Italy, with a population of 60 million, sees about 1,800 deaths on a normal day. The coronavirus is now reported to claim under half that number. By our estimates the daily death count there should start to drop within days (see below). Iran seems to have peaked at about 150 virus deaths per day. That’s a small fraction of the usual 1,100. The rate comparison in the U.S. is even less close.

Italy seems to be about two weeks ahead of the U.S. in terms of the spread of the virus. And there the exponential growth seems to be tapering off in total cases and total deaths. Everything depends on the accuracy of the numbers. But if these are correct, then the daily deaths should peak in Italy by midweek. After that, they will decline quickly, as they have in China, South Korea and Iran. It looks as though they will peak at a number close to the pre-pandemic death rate — nowhere near the devastation of the Spanish flu.

These aren’t easy calls to make. Desperate times do sometimes call for desperate measures. But overreaction can cause even more harm.

It’s harder to predict how the effects of fanning the flames of fear and putting our lives on hold will play out. So much depends on how well we return to normal. We’d like to think that this all-out effort is saving millions of lives. But it’s unclear what that number would be even if COVID-19 had been as virulent as the Spanish flu. What’s almost certain is that the true number will be much smaller.

These aren’t easy calls to make. Desperate times do sometimes call for desperate measures. But overreaction can cause even more harm. Pulling the trigger too quickly and sweepingly in this pandemic could set a dangerous precedent for the next one. 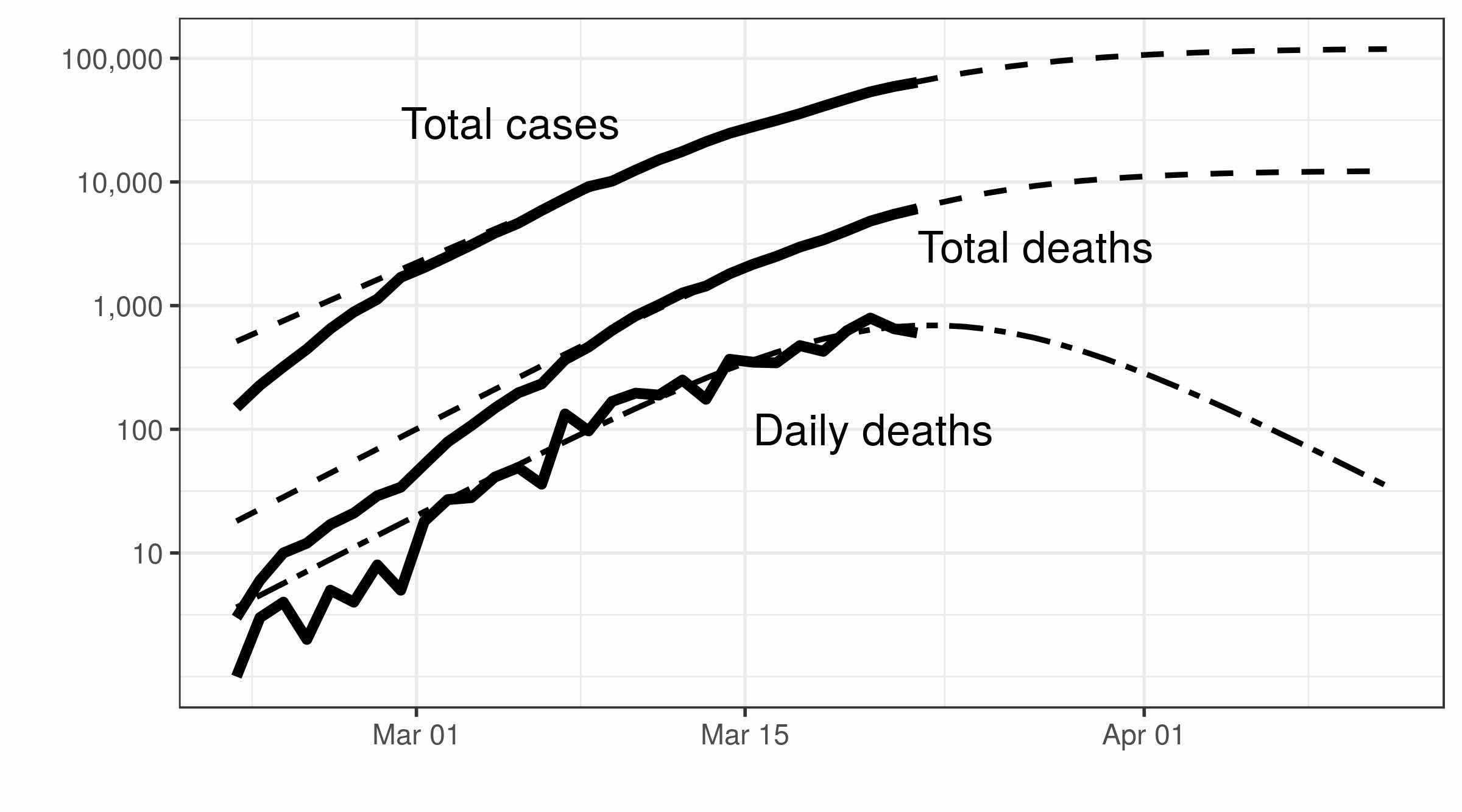 Progression of COVID-19 infection and deaths in Italy over the past 30 days. The top solid-line curve shows the number of cases as a running total. The top dashed curve shows model projections for this running total, predicting a final case count just over 100,000. The bottom solid curve shows the daily deaths attributed to COVID-19, again with the model projection shown as a dashed curve. According to the model, the virus-associated deaths are peaking right now and should show rapid decline in the coming weeks. The middle curve gives the running total of virus-associated deaths, which is predicted to level off at just over 10,000 by early April. All data are taken from worldometer.

Douglas Axe, Ph.D., is Maxwell Professor of Biology at Biola University. William Briggs, Ph.D., is a writer, statistician, scientist, and consultant. Jay Richards, Ph.D., is Executive Editor of The Stream and a research assistant professor in the Busch School of Business at The Catholic University of America.