Why Can’t I Have an ‘Obliterate’ Button on My Dashboard? That’s Why We Can’t Have Red Flag Laws 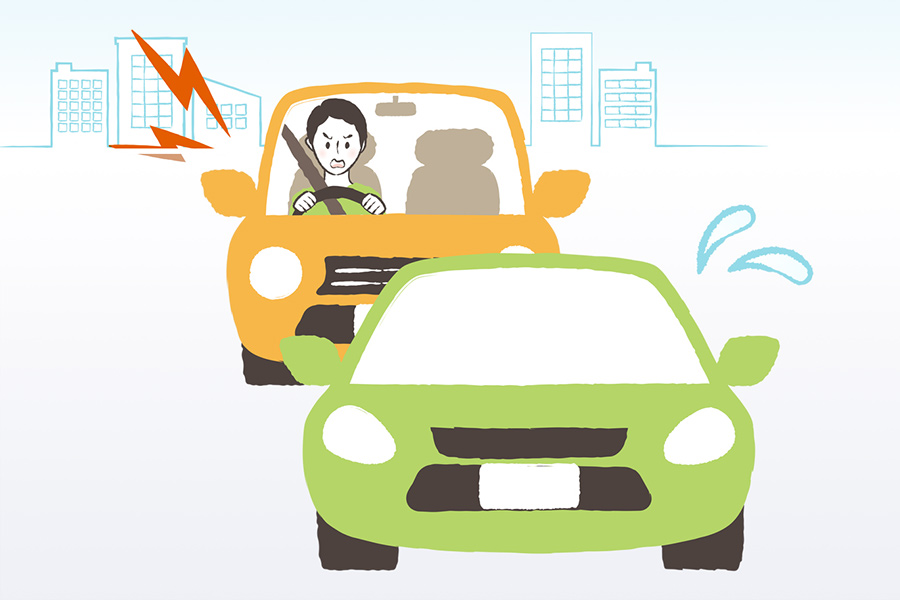 If you’ve ever driven in a crowded city, you’ve had this secret wish: A button on your dashboard you could push to … remove some terrible driver from the road.

To make him vanish in a puff of smoke, or a ball of fire, or a suddenly opening sinkhole. Poof! He’s gone, the road’s a safer place, and you face no consequences. In fact, you’ve done a public service.

You know that such a feature would sell. I think most car-buyers would gladly pay thousands of dollars for it. You’d also want an upgrade version, which could be retrofitted to older cars. (It seems only fair.)

A Safer World for Us All

Such a button would make the roads more orderly, safe, and considerate for everyone. Bad drivers would pretty quickly remove themselves from the road … or else get removed by others. Driving in crowded cities like Dallas would be a more peaceful, relaxing experience for all the survivors, am I right?

We could extend the idea to social media, in fact. When I block some incorrigible moron on Twitter or Facebook, he doesn’t just stop seeing my posts and having the chance to comment on them. No, I push my “Unsafe Media” button, and he loses all his social media accounts. In fact, his computer melts down, and he’s stripped for life of Internet access by the government. No more commenting at all, since he abused the privilege.

So why can’t we buy such a button? I really want to know. Can anybody tell me? Give me one good reason why I can’t have a lethal car-destruction button built into my car, a permanent censorship button on my phone.

Oh, that one. And that one too. You’re saying that it’s illegal, because it’s somehow immoral. That I can’t just strip someone of his fundamental rights on my say-so alone. And if I try, the government won’t back me up. In fact, it would probably punish me.

Okay, I’ll give up on the “Obliterate” button idea. But try to be reasonable, people. How about this common-sense safety proposal: If I see someone speaking irrationally and recklessly about politics, I’m often discouraged by the thought that his vote cancels mine out. Here’s someone running around spouting false, destructive ideas that could harm me and my family. But his vote counts the same as mine. This isn’t fair, or right. In fact, it’s un-American.

So let’s create a system whereby I can “Red-Flag” such a person. I can report him to the local police station as somebody who’s not safe to exercise his constitutional right to vote. He seems to me to threaten the community. So the cops will go to his house, and confiscate his voter card. He’ll be dropped from the voter registration database, until and unless he can convince a judge that he’s safe to vote. The burden of proof is on him or (even more likely) her. Why is the government refusing to take this simple, common-sense safety measure?

How About I Red-Flag Those People’s Stupid Religion?

Wait, before you answer, I have another one. Let’s say some people in my neighborhood are practicing a really crazy religion. It’s not just that I regard its rituals as vulgar and repulsive. It also teaches moral tenets that I know are false and destructive. What’s worse, it’s trying to spread those toxic ideas to harmless, innocent strangers and their children — threatening their eternal salvation and making them into what I’m sure are bad citizens. In fact, I’ve determined that this isn’t really a church, but just a cult.

Surely, I ought to be able to nullify these cultists’ First Amendment rights with a simple phone call to the sheriff, and get their doors padlocked, their wicked propaganda seized, their school suspended. Then let a judge determine if I was right — again, with no consequences to me if he judges me wrong. (At this point Catholic Integralists reading this article are getting confused, thinking I’ve finally joined their Inquisition-reenactor ranks.)

What Could Possibly Go Wrong?

Have any of you come up with a reason why I shouldn’t be able to suspend Constitutional rights with a single phone call to the police station, where the burden of proof is shifted to the defendant, and I pay no price for carelessness or lying?

Well, that would be the very reason why Red Flag laws that suspend law-abiding American gunowners’ Second Amendment rights in the same exact way are also wrong.

In case for some weird irrational reason you fantasize that your fellow Americans on the left wouldn’t abuse such laws if they passed … here’s proof that they intend to. One of the leading gun-grabbing advocates in Congress is Rep. Eric Swalwell. Yes, he has threatened Americans that the government would use nuclear weapons against domestic resistance. Yes, he’s directly implicated in Chinese spying. But best of all, here he is just this week, before Red Flag laws have even passed in Congress, promising to abuse them against vocal conservatives, such as the scary Ben Shapiro. Scroll down to the Congressman’s comment. The Congressman’s.

In California, do you think Ben Shapiro gets red flagged for this comment? (And this is a congressman from California saying this.)
Ben is rich, famous, and well spoken, so he may be able to take it to court if the state says no. But what about the little guy? pic.twitter.com/eWhK5secGz

Anybody who supports Red Flag laws, in light of this, doesn’t believe that Second Amendment rights really exist. If he says so, he’s simply lying. He’s trying to end-run a basic Constitutional right as if it were a simple privilege, like a liquor license. And you should push the Obliterate button on him.

Do Looters Deserve Shooters? And Other Vexed Questions From a ‘Karen.’