Why Candace Owens Is Grossed Out by Harry Styles 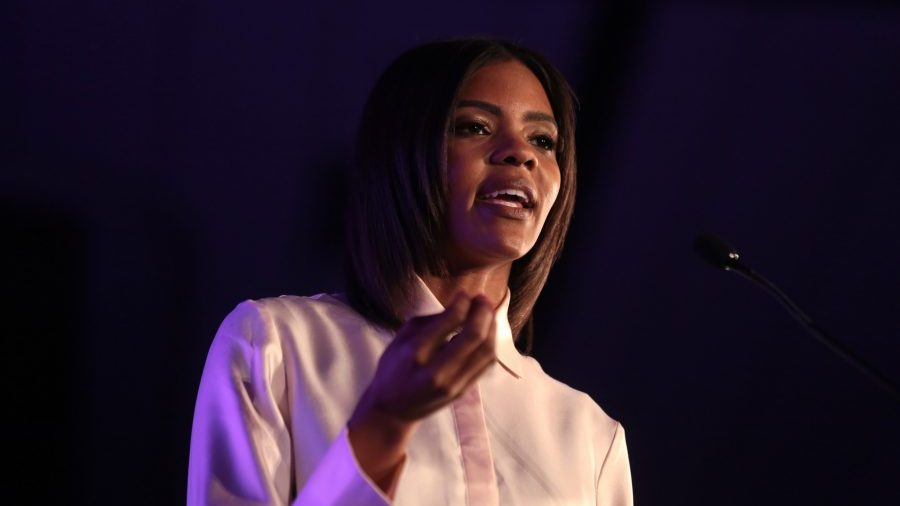 There is no society that can survive without strong men. The East knows this. In the west, the steady feminization of our men at the same time that Marxism is being taught to our children is not a coincidence.
It is an outright attack.

The best way to understand the stakes here is to look back at a classic movie from 1982, Blade Runner. One of its last lines is delivered by a cop named Gaff (Edward James Olmos) to Rick Deckard (Harrison Ford). Deckard is a “blade runner,” a rough, intelligent and brave man who hunts down and kills rogue androids, called replicants. Throughout the course of the film Deckard endures extreme emotional and physical violence, plays the piano, and falls in love. He also gets his job done, shutting down the dangerous, charismatic replicant Roy after a prolonged rooftop battle. This is what elicits the praise from Gaff: “You’ve done a man’s job.”

The irony of this conclusion is that Deckard is himself a replicant. Some critics dispute this. But Deckard as a replicant is crucial to a full understanding of Blade Runner. At its heart the film is about technology robbing men of their grit and passion. Then making us passive consumers and indolent nerds in a dystopian world of corporate control and digital slavery. In that world, traditional masculine traits are no longer welcome.

Harry Styles blew up the internet (and grossed out Candace Owens) by posing on the cover of Vogue in a “a custom-made, lace-trimmed Gucci ballgown dressed with a tuxedo jacket.” That gets him praised as a groundbreaker.

In 2020, men who are strong, passionate, decisive, own guns and are comfortable in their own muscled bodies get increasingly treated as outsiders. In fact, they seem almost like the replicants in Blade Runner. Genetically engineered androids, replicants seem to some “more human than human.” Companies built them for slave labor, military operations and pleasure. After a group of them revolted, replicants were outlawed. Bounty hunter Rick Deckard, the character played by Harrison Ford, has the job of “retiring” the few remaining replicants. That is, killing them with quick and extreme force.

Replicants only have a four-year lifespan, which sends some desperately searching for ways to extend their lives, while their time runs out. Deckard has the job of hunting them down. Deckard’s biggest challenge is Roy Batty (Rutger Hauer), a blonde, blue-eyed, powerhouse replicant with an intimidating presence and near-superhero abilities.

At the end of the film Batty only has minutes left. High above the city he defeats Deckard in a fight, but then spares his life. As Batty lives out his final minutes, he gives a speech. It is one of the most beautiful scenes in the history of film:

Rutger Hauer won high praise for his delivery of these lines. Some even claim that he steals Blade Runner from Harrison Ford in those few moments.

No Real Men Around

In the Blade Runner future, it was so difficult to find a real man to take down Batty that the society had to create one, Harrison Ford’s Deckard. In Blade Runner the replicants are more fully alive than the humans, who seem anonymous in the dark future world of Los Angeles. The female replicants are artistic, while the male ones express anger, sarcasm, and wit. Their faces convey more emotion than their creators’.

And this is one of the reasons why they must be retired. As Michael Newton noted recently in The Guardian, Blade Runner

is a starkly empty film, preoccupied as it is with the thought that people themselves might be hollow. The plot depends on the notion that the replicants must be allowed to live no longer than four years, because as time passes they begin to develop raw emotions. Why emotion should be a capital offense is never sufficiently explained; but it is of a piece with the film’s investigation of a flight from feeling – what psychologist Ian D Suttie once named the ‘taboo on tenderness.’ Intimacy here is frightful (everyone appears to live alone), especially that closeness that suggests that the replicants might be indistinguishable from us.

Re-watching Blade Runner, it’s easy to see a prediction of the digital and corporate world that is now shuffling a lot of men into “retirement.” And putting male pop stars like Harry Styles into dresses.

Dr. Eldon Tyrrell, the genius in Blade Runner who created the replicants, has thick classes and a cold demeanor. He looks like the kind of guy who would be sitting in the front row at a new Apple product unveiling. Maybe doing PR for Facebook’s Mark Zuckerberg, who is far more lifeless and robotic than any replicant.

Tyrrell is more of a robot than the robots he has created. Replicants dress in a mishmash of flashy punk and New Wave styles, proclaiming a freedom that is suspect. Pris Stratton (Daryl Hannah), a female replicant, paints a black stripe across her face. There is only one curse word in the film, an f-bomb dropped by Roy, who comes across not only as witty and brilliant but savagely, physically masculine.

Seen today, the replicants seem like the people left behind by iPhones, texting, transgenderism and the end of passion in the age of COVID. In a world run by genetic manipulation and godlike corporations, Roy Batty is raw and primal. He’s a white tiger loose in the Google corporate offices. His evolving emotion threatens the modern world, which prefers its sad anonymity to the dynamism of a real man.

In Batty’s character, and perhaps unintentionally, Blade Runner becomes a paean to a 21st century demographic: the strong and street-smart men willing to defend their tribes to the death. While real humans have lost the ability to feel, Roy Batty is “more human than human.”

And that is why, after Roy Batty has died, Gaff, with a mix of admiration and sadness, tells Deckard, “You’ve done a man’s job, sir.”

He had to. No one else could.