Why Are We Divided? A Response to John Piper’s Article, ‘Policies, Persons, and Paths to Ruin’ 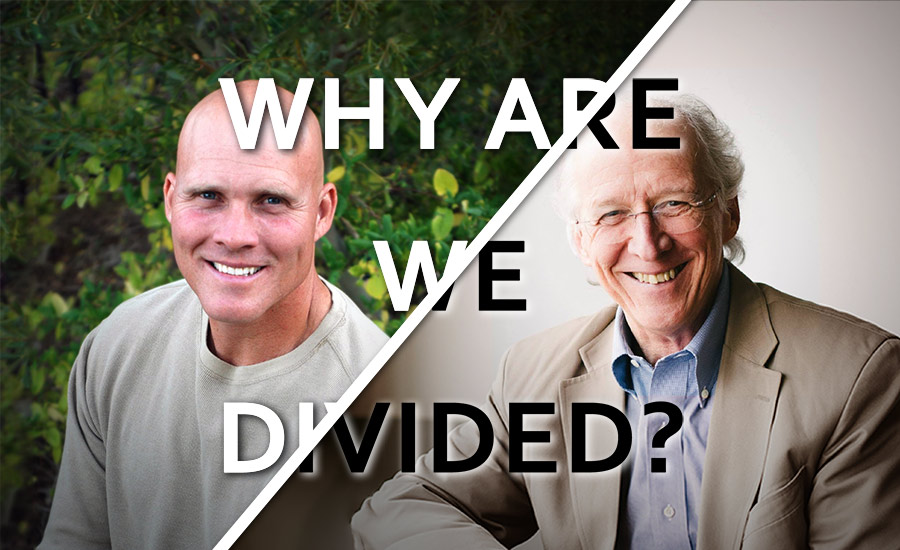 Let me begin by saying that I have the utmost respect for John Piper. He has helped me grow spiritually over the years. I recommend his podcast on a regular basis. This is not an article rebuking his critique of politics (we need that now and then). It’s an article designed to bring clarity. Iron sharpening iron.

In my opinion, failure to recognize diverse gifts may explain why many people are divided on the issue of religion and politics. For instance, John MacArthur, James Dobson, Tony Perkins, John Piper, and so on have different ministries, but all fall under the umbrella of Christian service. God creates, within each of us, varying desires, talents, and levels of interests. If God has called a man to preach and teach His Word, that will be his passion. If God has called a Christian to pursue politics, that will be his or her passion, and so on.

Problems arise when we become judgmental and fail to respect differences. Activists should not expect everyone to share their passion for politics, and those who believe Christians should stay out of politics must understand that God clearly calls some Christians to the political arena. God established the concept of government, why would He not desire godly leadership? Here is a quick clip on why we can talk about political hot buttons.

What Am I Missing?

The fact that the Drudge Report ran the headline “Prominent pastor warns evangelicals of Trump’s ‘nation-corrupting’ sins…” demonstrates how the left is trying to divide us and send the wrong message to America.

I appreciate John’s heart when he wrote: “With a cheerful smile, I will explain to my unbelieving neighbor why my allegiance to Jesus set me at odds with death — death by abortion and death by arrogance.” But I’m confused at how an arrogant tweet or bravado from our President, for example, can be compared to partial-birth abortion where an unborn baby’s body is delivered feet first, often near full term, until only the head remains inside the womb. The physician then punctures the back of the child’s skull with a sharp instrument and removes the child’s brains before delivering the dead baby.

John, what I’m missing? There is no Plan B. Aren’t we called to defend the weak and the fatherless, even if that defense comes through an imperfect person?

When Piper writes: “It is naive to think that a man can be effectively pro-life and manifest consistently the character traits that lead to death — temporal and eternal.” I believe that we may be missing an important point here: When it comes to God’s judgment, one man’s character is not going to balance the scale with 60-million slaughtered children weighed on the opposite end along with our failure to stop this horrific practice.

Piper continues: “Christians communicate a falsehood to unbelievers (who are also baffled!) when we act as if policies and laws that protect life and freedom are more precious than being a certain kind of person.” But we all recognize that Trump is not perfect … we can simply look in the mirror to validate this truth, but is he improving, learning and growing? Is he looking out for the American people according to Romans 13? He is not a pastor. He is the President.

Trump has an incredible team around him offering spiritual advice and praying for him. Can you imagine having people like Jack Graham, Jim Garlow, James Robison, Jack Hibbs, Jentzen Franklin and countless others speaking into your life or the life of our president? What about all the Christians being appointed to public offices? We should be extremely thankful for that.

I find it ironic that many of the never-Trumpers fail to take this into consideration. We should be shouting with joy rather than having sour looks on our faces. Why are many silent about the godly counsel that surrounds President Trump? Again, what am I missing?

We Don’t Have To Apologize

The Drudge Report no doubt cherished these words from Piper as well: “I find it bewildering that Christians can be so sure that greater damage will be done by bad judges, bad laws, and bad policies than is being done by the culture-infecting spread of the gangrene of sinful self-exaltation, and boasting, and strife-stirring.”

My concern here is that the comparison is off. Judges, laws, and policies affect the entire nation and thereby set the stage for future generations. Whereas, Trump’s character is an individual issue. Yes, his character will obviously affect the nation to some degree, but from my reading of the Old Testament, God doesn’t judge a nation based on the character of one man, but He may judge it based on the spiritual health of her people. Policy often speaks louder than character (although ideally, they should match). To those who say, “Old Testament passages don’t apply to us today,” are you sure?

We don’t have to apologize for our President. Simply tell unbelievers, “I wish that Jesus was our President. But until the day when every knee will bow and every tongue confesses that He is Lord, we have to work with what we have … there is no Plan B” (cf. Philippians 2:10-11). For more, read my article “Does Supporting President Trump Hurt the Gospel?” here.

What Direction Are We Heading?

“What direction is the nation heading?” is the question we should be asking. Are we heading toward silencing the true gospel, imprisoning Christians, mocking God, and legalizing sexual perversion? Or are we being given a temporary stay of judgment?

It’s almost as if many want persecution instead of the freedom to worship granted to us by the Constitution. Yes, we must prepare for persecution, but not usher it in via silence. Should we not contend for freedom and godly legislation? Should we remain silent and let the waves of political correctness run our vessels into the rocks of destruction?

Granted, Christians are not to be militant, but spiritually vigilant. If God allows persecution, we must wear it as a badge of honor. As I wrote before, this may be God’s last warning to America. We are called to fight with the spiritual weapons of prayer and worship, to stand strong, and to expose the unfruitful works of darkness. I will do that until God calls me home. How about you?

Let it not be said of us today, “And there arose another generation after them who did not know the Lord.” The burden of responsibility rests squarely upon our shoulders. It’s our choice — stand, or fall!

Special Note: With this being the most important election in our lifetime, I made my book One Nation Above God available as a free download here. It is a great resource to share with family and friends who are on the fence and for those questioning America’s past.

Shane Idleman is the founder and lead pastor of Westside Christian Fellowship in Southern California and the creator of the WCF Radio Network. His program, Regaining Lost Ground, points us back to God and reminds us that although times change, truth does not. His books, blogs, and sermons can all be found at ShaneIdleman.com. Follow him on Parler, Facebook, Twitter and Instagram.