Why Are There So Many Bible Translations? 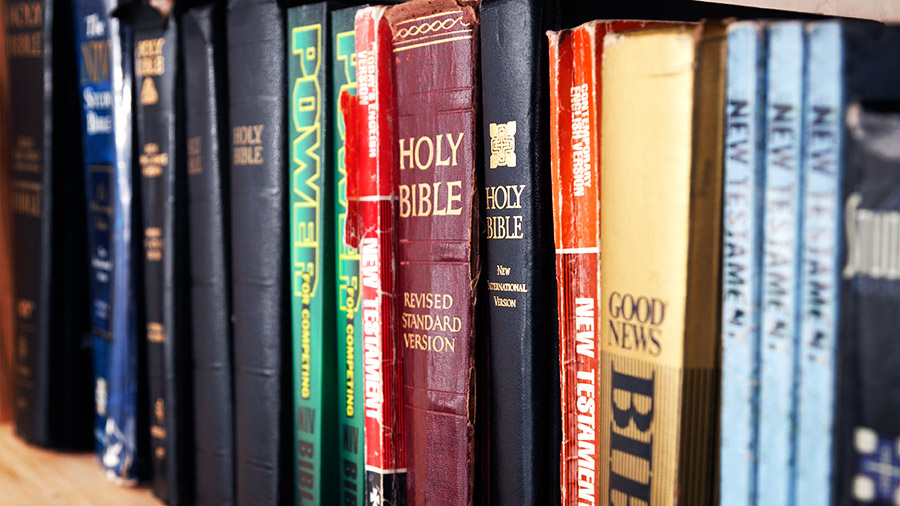 When I turned 13 I received a new Bible for my birthday. Described as a “teen study Bible,” it came in an olive drab carrying case. I was so excited; this Bible designated me a teenager, no more “kids” Bible for me! I put my old Bible on the shelf and jumped in to my new one. It didn’t take long to realize, though, that something was up. My new Bible didn’t “feel” the same as my old one. What I did not realize was that my new Bible was the NKJV translation, whereas my first Bible had been NIV. This was the first time I had really experienced firsthand the differences between Bible translations.

What is the Deal With All These Different Translations?

While much has been said (and written) about Bible translations, the biggest thing to understand about translation is the nature of language itself. When translating from one language into another, it is often difficult to create a “perfect” translation. Because different languages order their sentences in different ways, or use different grammar, have words or phrases which have no perfect analog in another, etc, to translate a sentence “word for word” into another language can lead to sentences that are difficult to understand or simply make no sense at all. As a result, even when “literal” or “word for word” translations are made, something must be changed in order for things to make sense in the new language.

Now, when I say something must be changed, that doesn’t necessarily mean that the underlying message itself is altered. The key when translating anything from one language to another is to keep the original speaker’s message intact. Instead of trying to translate something “word for word” some people prefer to simply translate “idea for idea” meaning that the idea of the original speaker is intact but is said in a way that is natural to the language one is translating into. Some Bible translations attempt more “literal” translation while others are comfortable paraphrasing the original message for a new audience.

But because “perfect” translation is not possible, translators must weigh competing goals. How “word for word” do they want their translation to be? How elegant or easy-to-read should the Bible be in English? And so on. Of course, the problem of translation would be solved if we all simply spoke the original languages the Bible was written in. But as that is largely impractical for the lay person, translations do their best to communicate what the author intended. Because language is ever-changing, it is natural that new Bible translations would be made every so often so as to keep the Bible as readable as possible for a modern audience.

Which is the Best Version?

So which version should someone read? Which is the best? Well, it largely comes down to the goal someone is trying to achieve. Each translation has its own strengths and weaknesses (and there is plenty of information online about each version). But I would encourage you to read a variety of translations when studying the Bible. There are plenty of free Bible resources online that will allow you to compare different translations side by side so that you can see where the differences lie. The ultimate goal is to understand what it was God was trying to communicate to us through scripture. The multitude of translations available today allow us to do just that.

Jimmy Wallace (J. Warner’s son) holds a B.A. in Psychology (from UCLA) and is currently completing his M.A. in Theology — Applied Apologetics (from Colorado Christian University).