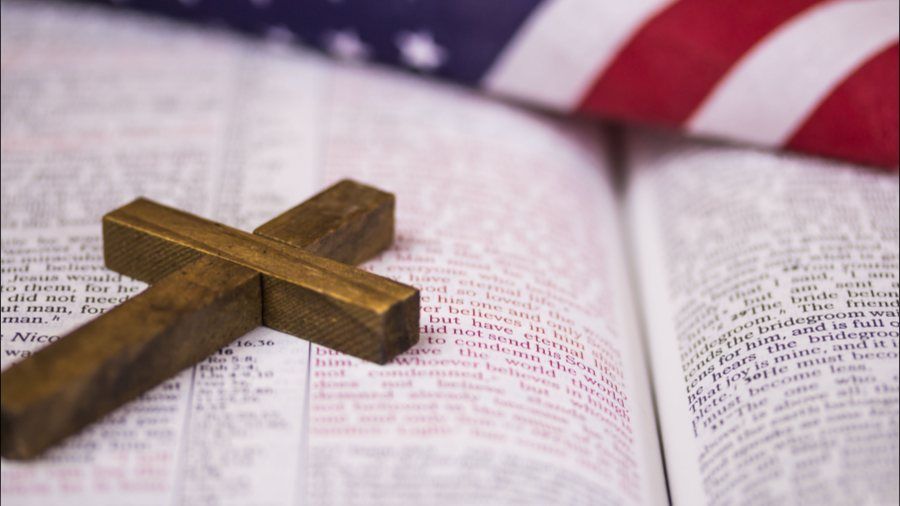 Words cannot express this outright lunacy. Like the bungee jumper who plunged to her death because she thought she heard “now jump,” when, in reality, her instructor said, “No jump!” America thinks that she is hearing from God, but she is not. We are drowning in a cesspool of moral filth: “The wicked prowl on every side, when vileness is exalted among the sons of men.” (Psalm 12:8, NKJV)

Recently, a father was arrested for referring to his biological 14-year-old daughter as “she” after she transitioned to a male gender. “But that’s in Canada,” you say. Trust me, we are not far behind. Most on the liberal left would have no problem imprisoning anyone who disagreed with them, and that’s exactly where the Equality Act is going. Unless you accept, rejoice in, and validate sin, they are coming after you. An awakening is our only hope.

There is Only One Remedy

We see throughout the Bible that there is only one remedy, one solution, one cure, to reverse the judgment of God: an awakening. During times of crisis, the cure for judgment was to return back to God: “Consecrate a fast, call a sacred assembly; gather the elders and all the inhabitants of the land into the house of the Lord your God, and cry out to the Lord.” (Joel 1:14, NKJV)

An awakening changes a nation from the inside out. Benjamin Franklin, commenting on George Whitefield’s preaching, said this about the awakening sweeping the land, “It was wonderful to see the change soon made in the manners of our inhabitants. From being thoughtless or indifferent about religion, it seemed as if all the world were growing religious.” An awakening must begin in the pulpits as well as the pews.

What an Awakening is and is Not

An awakening is not adding more church services to the calendar. An awakening is not having a guest speaker host an event. And an awakening most certainly is not acting weird and loud. Revival is a sovereign act of God: “Wilt thou not revive us again: that thy people may rejoice in thee?” (Psalm 85:6, KJV)

In the same way that we cannot produce a bumper crop by making it rain, an awakening cannot be planned, organized, or scheduled, but you can till the soil of your heart: “I live in a high and holy place, but also with the one who is contrite and lowly in spirit, to revive the spirit of the lowly and to revive the heart of the contrite.” (Isaiah 57:15, NIV)

An awakening is when we till the soil through brokenness, humility, and surrender via fasting and prayer. God responds by rending the heavens with a downpour: “Oh, that you would rend the heavens and come down, that the mountains would tremble before you!” (Isaiah 64:1, NIV)

An Awakening Has a Cost

The cold, hard truth is that many are not willing to pay the price. Gone are the days of John Wesley, George Whitefield, and Jonathan Edwards who would fast and pray as if America’s future depended upon it (because it did and still does). It’s no surprise that Edwards’ famous sermon, “Sinners in the Hand of an Angry God,” was preached at the tail end of his three-day fast. Today that title would be labeled offensive and many pastors would be too ashamed to preach it — too ashamed because they lack the fire of the Spirit.

“It’s too hard to fast,” we say. The problem isn’t fasting; it’s addiction. We can’t fast because we’re withdrawing from our favorite addictions: coffee, sugar, alcohol, processed food, and so on. Let that sink in. And we wonder why we aren’t experiencing a massive move of God in our nation. We abort an awakening before it’s even been conceived.

When awakenings spread across our landscape, Christians spent countless hours praying and fasting. They paid the price! When pastors stood at the pulpit they preached boldly about the cross, sin, judgment, and repentance. They could say, “Thus saith the Lord,” because they were filled with the Holy Spirit, not Hollywood. They didn’t work the awakening up, God brought it down because His Word was honored.

Today, most pastors want to be popular and most Christians want their ears tickled. If you doubt this, just look at the top sermons on social media today and their attire. The messages are soothing rather than convicting. As in Israel’s day, the people still say, “You must not prophesy to us what is right! Speak to us pleasant things and smooth words, prophesy [deceitful] illusions [that we will enjoy].” (Isaiah 30:10, AMP)

Granted, we need to hear uplifting messages, but we have a huge problem when pastors don’t want to ruffle feathers and Christians don’t want to hear controversial topics. America’s stage four cancer was caused by a bad diet of frivolous preaching. The cure will require a complete diet change back to life-giving food from the Word of God.

I don’t say this in arrogance; my heart breaks for the church. This article is more of a plea than a rebuke, but the truth is, “We have too many puppets in our pulpits and not enough prophets” (Leonard Ravenhill). Pastors and Christians must lead the way, but the way won’t be popular and wide, it will be narrow and difficult. We must fast like it matters, pray like we mean it, and seek God as if everything depends upon it, because it does.

You Don’t Want an Awakening, Do You?

Nearly a decade ago, I prayed, “Lord, bring revival to the churches,” but I was not ready for the response that followed. I share the response and the sermon below as often as possible to reach as many people as possible.

After I prayed, it was almost as if God was saying: “You don’t want revival — it will ruin your schedule, your dignity, your image, and your reputation as a person who is ‘well balanced.’ Men will weep throughout the congregation. Women will wail because of the travail of their own souls. Young adults will cry like children at the magnitude of their sin. With the strength of My presence, the worship team will cease playing. Time will seem to stand still. You won’t be able to preach because of the emotions flooding your own soul. You’ll struggle to find words, but only find tears. Even the most dignified and reserved among you will be broken and humbled as little children. The proud and self-righteous will not be able to stand in My presence. The doubter and unbeliever will either run for fear or fall on their knees and worship Me — there can be no middle ground. The church will never be the same again.”

Watch the sermon, The True Cost of Revival, here.

Here is the link to the actual article.