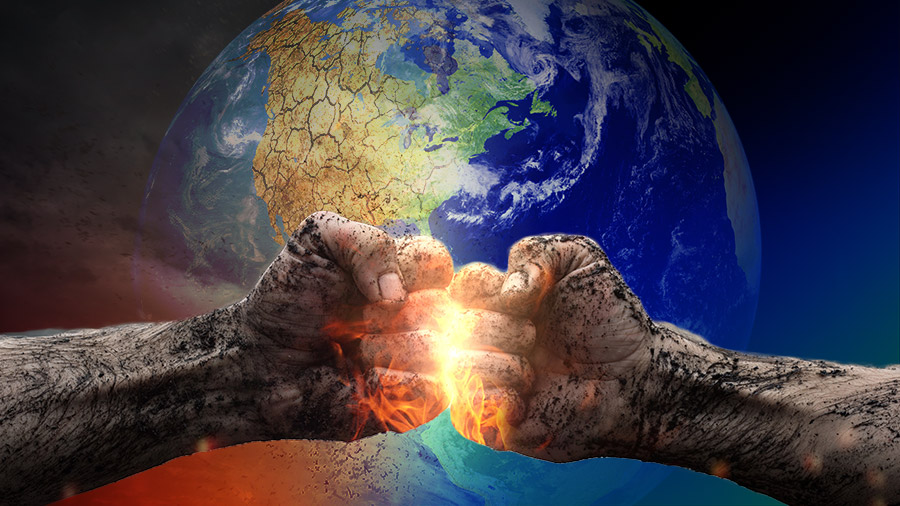 The hate level on Twitter can far exceed any other on social media.

But many sane, civilized, intelligent people on Twitter continue to make our world a better place. They share ideas and communicate life-altering, life-saving information to the larger public.

Twitter also provides a platform to engage with peers. As a climate researcher, I love the fact that Twitter allows me to connect with other climate scientists.

One such person is Dr. Katharine Hayhoe, a Canadian climate scientist. I’ve had a lot of differences with Hayhoe about the magnitude and causes of climate change, Biblical principles of stewardship, and proposed climate policies.

Hayhoe is an ardent climate doomsayer. As a Christian and the wife of a pastor, she persuades many churches to embrace her climate alarmism. Twitter helped me have regular conversations with her on matters about which we disagree.

Unfortunately, even many sane people lose their cool when you challenge something they hold dear.

Recently, 16-year-old Swedish climate activist Greta Thunberg took the world by storm with her “school strike for climate activism.” She persuaded teachers and students worldwide to join her strikes. Some strikes in Britain turned ugly. Students protesting near Parliament abused the Prime Minister with obscene words.

Children Benefit More in the Classroom

I took to Twitter to voice my opinion. My opinion was this: School children benefit a lot more when they learn in their classrooms than when they are out on the streets shouting well-coordinated, politically motivated slogans.

I wrote, “Advise her to go to school, learn weather, learn climate, then specialise on the subject, do a degree and even a Masters degree. Then, and then, lecture us about Climate. Sitting out on class only shows her unwillingness to learn. Not a good PR for academia.”

Hayhoe responded, “I am sorry, but I would recommend minding your own business, Vijay. You are not her parent.”

Really? Are parents the only people who can teach children? Is a teenager’s successful effort to mobilize thousands of students around the world in the name of climate alarmism none of my business? If it isn’t, then how is it Hayhoe’s?

Ironically, Hayhoe instructs me to mind my own business, but Greta Thunberg is meddling with the business of countless students worldwide, and of democratically elected leaders.

It is Thunberg who made a warning call to Indian Prime Minister Narendra Modi. “If you fail,” she said, “you are going to be seen as one of the worst villains in human history in the future. And you don’t want that.”

Who’s meddling with whose business?

I recommended more school for Thunberg for two major reasons.

First, Thunberg has no expertise in climate change. She has no proof of her claims about climate doomsday or that her generation is destined to perish because of climate change.

Hayhoe firmly believes climate scientists should be authorities on climate science. So why does she endorse and support the claims of a 16-year-old with no expertise? Why does she ask a qualified, experienced climate-change researcher to mind his own business?

Second, Thunberg sets a bad precedent for young students. Thousands have participated in the strikes. All lose precious class hours when they might have learned something useful. Even worse, vested political interests manipulate the protests, carefully coordinating teachers and schools. In London, the mayor himself has called for an end to the protests.

Whether climate change is real or not is a matter for study by qualified scientists. Yes, ordinary citizens have the right to protest. And they have the right to accuse others of evil, provided there is sufficient evidence.

But I, too, have the right to voice my opinion on climate change, especially when the field has undergone so much controversy.

Honestly, I would not have cared to respond to Thunberg had she not blamed my generation and previous ones for the apparent destruction of the environment. Even then, I probably would have ignored her had she not falsely accused the prime minister of my country, which largely sat out the industrial era of 19th and 20th centuries that she blames for alleged climate catastrophe.

Thunberg in Sweden and Hayhoe in North America enjoy the benefits of industrial economies powered overwhelmingly by the fossil fuels they like to demonize. Meanwhile, we in developing countries still suffer poverty.

So I have a message for you wealthy climate alarmists in the wealthy West: Don’t tell us in the developing world to mind our own business when you target fossil fuels. Our efforts to conquer poverty are our business.

Vijay Jayaraj (M.Sc., Environmental Science, University of East Anglia, England), a contributor for the Cornwall Alliance for the Stewardship of Creation, lives in India.