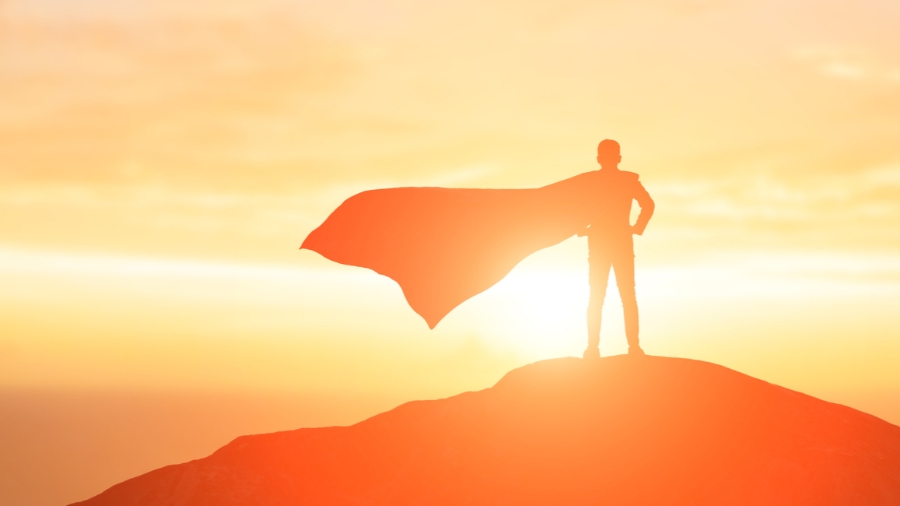 Political polarization is a fact of modern America. Some say it’s the worst it’s ever been in American history. At least so goes the refrain here and here. AP did a whole series on the topic. Of course the coronavirus pandemic allegedly made our political divisions even worse.

However, there are counter-arguments to the idea that the Republic is uniquely wracked by partisanship today. Look back at American history. The press and political opponents even went after the man who wouldn’t be king. George Washington. And when a Vice-President fills a former Treasury Secretary with .54 caliber hot lead, politics is literally deadly. Before Lincoln was murdered in a fit of political pique, he was subject to daily virtual attacks on his character as well as his policies by the Democrats of his day. I could go on. But you get the point. Maybe we’re not the most divided ever.

However, America is undoubtedly split into two major political tribes. (Go ahead, Libertarians. Throw your vote away.) Democrats and Republicans. A number of important distinctions can be drawn between the two. The mommy party v. the daddy one. College-educated Democrats v. less-educated Republicans. (Yes, liberals love to yuk it up that they are smarter. But in fact economically-literate conservatives might have higher IQs.) Everyone knows Republicans are into country music while Dems prefer the Beatles. (I’d rather be water-boarded than listen to country, however. So this line of analysis has its limitations.) In perhaps the most memorable demarcation, Democrats see Republicans as evil while Republicans think Democrats are stupid. One is the party of Joe Quimby. The other of Sideshow Bob.

Perhaps the most telling and important difference is in the religious realm. One camp is dominated by secularists, the other by practicing Christians. The “religiously unaffiliated” now make up the largest single cohort of the modern Democratic Party. Indeed, many have noted that politics is the new religion of many Democrats. And that far-left politics are a Christian heresy. I would go further. The Democrat party is downright messianic.

I wrote on this topic some years ago on my old blog. That analysis showed up in my 2016 book Sects, Lies and the Caliphate. My take bounced off of a review by Anne Barbeau Gardiner of Ross Douthat’s 2013 Bad Religion: How We Became a Nation of Heretics. His book identifies four heresies in American Christianity. The liberal “New Quest,” epitomized by the infamous Jesus Seminar whose members voted on what sections of the Gospels they deemed historical. The “Prosperity Theology” proponents like Joel Osteen. “God Within” Gnostics like Oprah. And finally — and most germane here — so-called “American Nationalism.” This ideology is said to have two sides: one messianic, one apocalyptic. The former substitutes politics for Christ and the Church. The latter sees our national trajectory as a “downhill slide” from its Adamic Founding. Douthat, says Gardiner, sees both Democrats and Republicans as equally capable of manifesting messianism or apocalypticism. It just depends on the circumstances and time frame.

But I think that’s wrong. Democrats love to make their leaders into messiahs. Republicans, on the other hand, all too often are fine thinking it’s the end of the world as we know it. And they are loathe to see GOP candidates, or Presidents, as saviors. Why? Because most Republicans are Christians, and they already have a Messiah. Liberal efforts to suggest otherwise are risible. Especially when they cast Trump as Jim Jones — or Sauron.

No, it’s the Democrats who fall off the horse on the side of worshipping their leading figures. And this really started in earnest only recently. With Barack Hussein Obama’s Presidency. Sure, FDR and JFK and even LBJ were seen as saviors. Roosevelt saved democracy. Kennedy delivered us from Khrushchev’s nukes. Johnson cast out poverty. Or so go the claims. But half a century ago the Democrats were still moored in reality on this issue. Not least because most of them were still Christians. So, like modern Republicans, they knew better than to make false idols out of politicians.

But in the last 20 years (as noted above), the percentage of Christians in the Democrat party has plummeted. At the same time — or perhaps as a result — the party of Jefferson has turned hard Left. And as Chesterton once said, “when you stop believing in God it’s not that you believe in nothing; you’ll believe anything.” 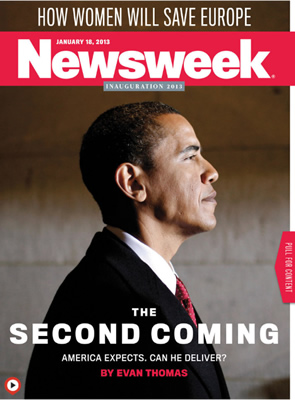 And this wasn’t just a lark on the part of Newsweek. Other Leftist outlets noted “Obama’s cocky messianism” when he first campaigned for President. Oprah Winfrey called him “the One.” In his first term, Jamie Foxx referred to Obama as “our Lord and Savior.” And he wasn’t alone. By Obama’s second term, school kids were being taught along the same lines. Eventually some in the media sobered up. A bit. The narcissism which they encouraged in Obama proved counter-productive.

But the Democrat party and its rank-and-file continue to drink themselves into a stupor at the messianic tap. Why? Mainly because the Orange Antichrist won the election in 2016. So the party and the press (who can tell the difference?) have wandered through the wilderness, searching for their new messiah. First it was Beto, the Vanilla Obama. Then many turned to the Vermont Socialist Senator. “Help us, Bernie-Won. You’re our only hope.” But the DNC knew they couldn’t win with a hammer and sickle hung around their necks. So they used the COVID-19 pandemic as an excuse to shut down their primaries, declaring Joe Biden the winner. This although he doesn’t have a majority of delegates. Biden is too addled and uncharismatic to fulfill the preferred messianic role — much less win. So Democrats have two final possible saviors in mind.

One is Michelle Obama. She could serve as a substitute savior, if you will. Reflecting what is left of her husband’s magnetism. But the real messianic fervor among the Democrats and their media mouthpieces is for Stacy Abrams. The Washington Post magazine’s fawning, indeed worshipful, profile of her is exhibit A. It included this hagiographical picture: 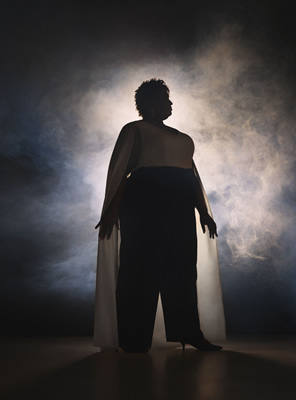 One wonders how many Democrats and journalists have a candle burning in front of that picture.

I live in Georgia. The truth about Abrams is that she was an unremarkable state-level politician who owed the IRS, was deeply in credit card debt — and when she lost the race for Governor here, blamed “voter suppression” and refused to concede. If she’s the Democrat messiah now, that party is in trouble.

Republicans have plenty of problems. Donald Trump himself is both a blessing and a curse. Most of us realize that. But we’re realistic, and Christian, enough to know that sinners can be effective leaders. No Republican thinks Trump is a paragon of virtue. Much less a saint. Certainly not messianic. But we do know his policies are effective. Tax and regulation cuts. Naming and standing up to Islamic terrorism. Putting constitutionalists on the Supreme Court. Supporting Christians, at home and abroad. Those are worth a score of intemperate Tweets. Republicans aren’t looking for Trump, or anyone else, to lead us to the Promised Land. Just to keep the walls from tumbling down. Democrats, on the other hand, seem to expect a president to turn stones into bread, water into wine and forgive sins. Sorry, that’s all already been done. And not by a politician.