Whoopi Goldberg, Anti-Racism, and the Priests of Baal 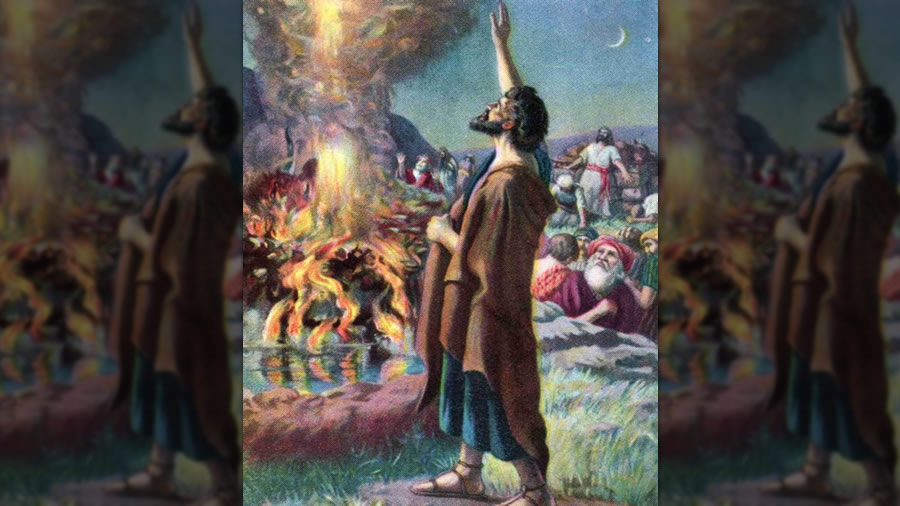 I’ve always had a soft spot for John Podhoretz. Since he’s a hereditary neocon, we disagree on a lot, but he’s a funny, good-hearted, and fair-minded guy. He made the most trenchant comments so far on Whoopi Goldberg’s vicious Holocaust punditry.

For those of you who might have been traveling with Gollum through Mordor, Goldberg said on TV that the Nazi genocide wasn’t “racist” because the violence was “white on white.” Then she simultaneously apologized and doubled-down, the way malignant narcissists always do.

To all that, Podhoretz responded with a scathing lesson about how the Nazis regarded the Jews as purely a race, not a religion. The Nazis sent baptized Jews (including nuns like St. Edith Stein) to the gas chambers as gleefully as any other victims. The Nazis proudly claimed to be practicing “racism” (they used the word) in defense of the German “race” (whatever that is).

So we ought to take the criminals who bragged about their crimes at their words about their deeds. If the Holocaust wasn’t racist, then racism isn’t as bad as people say it is — since most of its earned opprobrium comes from death camps and genocide, not segregated lunch counters. It was largely the experience of liberating Nazi Germany that sent Americans back home ready to consider ending Jim Crow.

And by the way, Whoopi, give back your fake last name, “Goldberg,” Podhoretz said. You haven’t earned it.

Man Up, and Mock the Priests of Baal

I’m not wringing my hands or shedding any crocodile tears over this. The Whoopi Affair is both instructive and amusing. My regular readers will know that my favorite Bible passage is the one where Elijah mocks the priests of Baal. I find there my life’s true calling: to jeer at the idols revered by Caesar, Mammon, and Sodom.

It’s far too easy to float downstream with the culture, and burn a few pinches of incense to the false gods which our elites are demanding that we worship. To try and buy peace with the World by making lazy concessions to enemies of faith, reason, and freedom. Want to see what that looks like in grimly funny detail? You should follow Woke Preacher Clips. That Twitter and Gab account compiles the “best” of cringe-Christian squealing, squawking, and sniveling for redemption from the pitiless gods of the Woke.

When a pastor or a ministry admits that there might be something to a Marxist retread like Critical Race Theory (or Queer Theory, or Feminism) … they’re done. They’re toast. They’re over. The gaslighting will begin and won’t ever end until the victim either abjectly surrenders or resigns / disbands in disgrace.

And any demands for solid arguments, evidence, or consistent (not double) standards the victim makes? They’ll be turned against him, used as proof of “residual” racism, “unconscious” bias, “systemic” privilege. The very fact that you push back and defend your innocence is definitive proof of your guilt.

In case you haven’t studied Soviet history, that was precisely the argument used in Stalin’s purge trials of Soviets labeled as traitors: The fact that they claimed their innocence meant that they were calling the Communist Party a liar. Who’d do such a thing but a traitor?

A Pagan Appropriation of Christian Equality

Anti-Racism is a new, thuggishly intolerant religion of its own. To practice it, you don’t need to believe that God made man on purpose. Nor that we’re all equally descendants of a real Adam and Eve. Nor that Christ redeemed us from a real original sin. This is the Christianity of the Civil Rights Movement, except minus Christ.

It’s essential to snip Him out, to make room for the gay activists, the transgender gurus, the abortionists and the atheists. They’re all crucial elements of the Progressive coalition, with access to money from Soros, prestige from Harvard, and censorship power from Google.

What has Jesus done for you lately? As Jackie Mason once asked, “They say that Jesus was Jewish. So why did he have a Puerto Rican name?”

How to Turn False Witness Against the Perjurer

Whoopi Goldberg certainly doesn’t know the answer. But if you asked her that question, I know what she’d say. She’d say you were being “racist.” And I know how you should answer.

Please take me seriously here. I’m not just kidding around. Whenever anyone lodges a charge of racism against you, there are several things you should do.

Then walk away, shaking the dust from off your feet. Best of all if you’re actually in person, so your accuser can watch you do it.