Who is the Real Lady of Heaven? 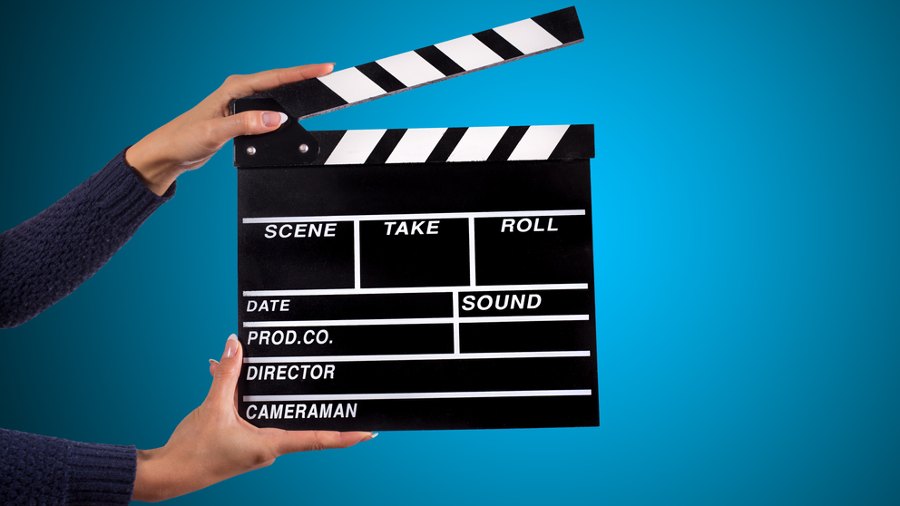 Censorship of movies has a long pedigree. Many folks probably think that religion is usually the most important factor. But it’s not. Consider one list of the 30 most high-profile banned movies over the last century. Violence/sex (16 bans) and politics (10) were more likely reasons. Only four films’ bans resulted from religious belief. These were Life of Brian, The Last Temptation of Christ, The Da Vinci Code, and Noah. The first irked Christians. The second Christians and Muslims. The last two ran afoul only of Islam: Da Vinci Code for suggesting Jesus (a prophet in Islam) was married, Noah for not hewing to the Quranic account and for showing a prophet’s face.

But banning is back — and not just in the Islamic world, but in democratic Britain. A new movie, first screened at Cannes last year, is now on the chopping block. The Lady of Heaven came out in late 2021. It has been banned in Morocco and Iran (of course). Some theaters in the UK have done likewise. A British government official, himself Muslim, was canned after supporting the interdicting theater chain. (In tandem with this report, this might indicate the Brits are coming back to their senses, in some regards.) Now while the folks at Rolling Stone may write articles on movies they’ve not seen, I can’t do that. I found a place to watch it online — and did so.

Scripted by a Shi`a Cleric

First, some background. The movie’s script was written by a Twelver Shi`i cleric and activist, Yassir al-Habib. A Kuwaiti, he fled that country after being jailed for “insulting the companions of the prophet [Muhammad].” Eventually he wound up in Britain, where al-Habib set up Ittihad al-Khudam al-Mahdi, the “Mahdi’s Servants’ Union.” The group has its own satellite TV channel, and a mosque in Buckinghamshire.

The MSU and its founder are hard-core Twelvers, who openly espouse anti-Sunni viewpoints. Al-Habib and his flock are also enemies of the Islamic Republic of Iran. How so? They think that Ayatollah Khamenei is too tolerant of Sunni errors and crimes, especially in a 2011 fatwa forbidding “insulting Sunni dignitaries” — and which was aimed squarely at al-Habib himself.

At the core of the movie is the Sunni-Shi`i split. This is sometimes analogized to the Catholic-Protestant one. But Luther’s initial 95 problems with Rome were religious. They only became political later. Islam’s first divisive issue was political from the outset: who would be caliph, or “successor,” to Muhammad as ruler? That’s really what this movie is about. Despite the title, which is an oblique reference to Fatimah, Muhammad’s daughter who married Ali.

The movie is done primarily in flashback, as a young Shi`i boy, Laith, orphaned by ISIS after they take Mosul, is then told the story of Muhammad, Ali, and Fatimah in flashback. Most of this takes place in Medina, the city to which Muhammad and the Muslims fled in 622 AD, following rejection in Mecca. We see Muhammad, including his face (via CGI), as well as Ali. Fatimah, whose face we never see, is the crux of the film.

Another of Muhammad’s many wives, Aisha, “consumed with jealousy,” spies on him. And she is quite black. Aisha is the most problematic of Muhammad’s wives. According to Islamic sources, she was six when married to him, and nine when Muhammad had sex with her. Despite sourced in Hadiths, this topic is the third rail of any discussion of Islam — as shown once again recently, when an Indian politician dared mention it and was not only fired, but is now getting death threats.

Muhammad preaches that his “blessed family” would be equal to Quran as guidance for Muslims, after he is gone. He also designates Ali as his successor. Once Muhammad dies — and the film implies he was poisoned by Aisha — there is successful opposition to Ali becoming caliph led by Abu Bakr, Aisha’s father.

In addition, Abu Bakr’s men storm into Ali’s house, injuring Fatimah — and, according to the film, causing her to miscarry and die shortly after. The winning caliph then institutes “tyranny and oppression” against Muslims — setting the Sunni standard across space and time, as Shi`is see it. Pure Fatimah, who earlier had asked that “intercession for sinners” be her marriage dowry, is thus martyred.

Back in the present, Laith enters a Shi`i mosque. He finds one of his friends there, a Sunni boy, weaponized as a suicide bomber. He talks him out of doing the deed, however, telling him “this isn’t Islam.” Laith winds up on the news as a hero, and we learn, at the end, that his mother’s name was Fatimah.

Why this movie would be offensive to Sunnis, the majority branch of Islam, is obvious. The first caliph is portrayed as a purely political conniver. His lieutenant, Umar — who would be the second caliph — is just as bad. As is, of course, Aisha.

Accusations of the movie’s racism are not entirely off-base here. The evil ringleaders of the “coup” against rightful rule in Islam are all black. Also, Islam’s prophet is poisoned by his youngest wife. Sunnis furthermore take offense at the account of Abu Bakr ordering supporters to break into Muhammad’s house, where Fatimah and Ali lived. (Muslim historians, however, support that this indeed happened.)

Sunni fundamentalists also are scandalized by the showing of their prophet’s face, even via CGI — while at the same time his daughter Fatimah’s is never shown. This tacitly gives her a status even above his, it appears. And Sunnis bridle at the placing of Muhammad’s family as a guidepost equal to the Quran. Overall, of course, the film simply defends the Shi`i view of history over against the (winning) Sunni one. And that’s unacceptable for the latter. Especially when they’re likened to ISIS.

Why Does This Movie Matter?

The film’s producer, Malik Shlibak, defended his film. He pointed out that “radical groups in Islam have bullied the Western world into believing that there’s a blanket fatwa in Islam saying you cannot depict the Prophet.” This is true. More broadly, he also criticized the theaters which had pulled his film for “bowing to radical extremists.”

That should be something we can all agree on. There are far too many examples of the tyranny of the minority (or the individual) in our social media these days. We don’t need another one. Granted, this is across the pond. The UK is over 4% Muslim, while the US is around 1%. But the latter will double in fewer than two decades, passing Judaism as the second-largest faith here.

Perhaps the film needs to screen in this country on a much larger basis than it did last December, in its very limited release. That would indicate that Americans will not be brow-beat by the very same folks who are getting their intolerant way in Britain — some of whom are already working to make sure it never sees the light of day here again.

Besides standing up against censorship, there’s another reason for Americans, especially Christians, to see this movie: to gain some understanding of how the adherents of the second-largest branch of the world’s second-largest religion think. First, in terms of some of the differences between Sunnis and Shi`is. But also to dispel some stereotypes about Iranians in particular. Many in this country equate Iran with scowling ayatollahs and terrorists. But those are not the entirety of Shi`i Islam. That branch is more metaphysical, and in fact comes closer to a concept of sin and atonement, than Sunnism.

More prosaically, the vast majority of terrorist groups are not Shi`i but Sunni (although Iran’s rulers often support them for political reasons). The protagonist of this movie is not actually heavenly, by Christian lights. But she does at least broach concern for sinners. Alas, neither she, her husband, nor her father have any power to help them. That remains to the true lady of heaven and her divine Son. If watching this movie helps Christians to explain that to Shi`i Muslims, then it’s worth watching.

Timothy Furnish holds a Ph.D. in Islamic, World and African history from Ohio State University and a M.A. in Theology from Concordia Seminary. He is a former U.S. Army Arabic linguist and, later, civilian consultant to U.S. Special Operations Command. He’s the author of books on the Middle East and Middle-earth, a history professor and sometime media opiner (as, for example, on Fox News Channel’s War Stories: Fighting ISIS.