Who is the Original ‘Person of Interest’? 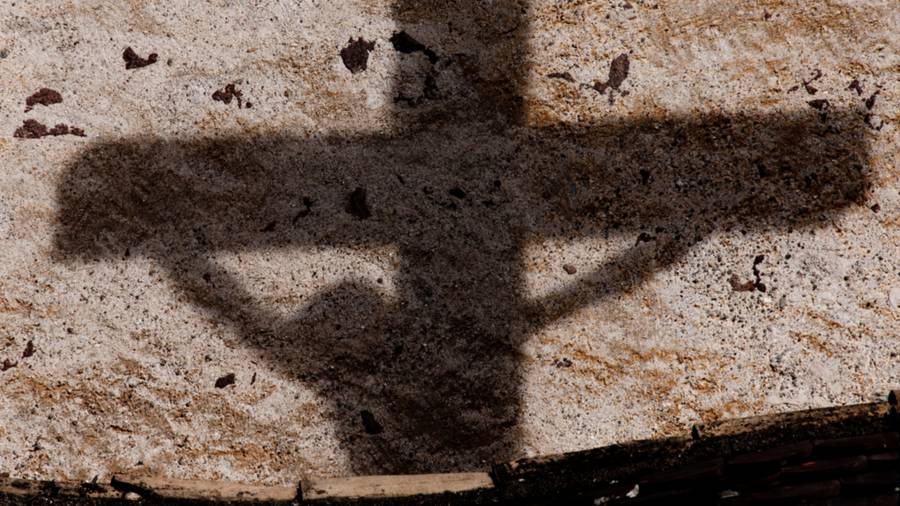 Why are murders so interesting to us? Some of the most popular podcasts, videos, and news headlines are about high-profile homicides. We are often consumed with the primary suspect the cops often call “the person of interest.” Right now, the headlines are obsessed with Brian Laundrie. Where is he? Did he do it? If so, why? And will he get justice?

Unfortunately, over the long run, the person of interest is usually remembered much more than his victims. We remember names like Charles Manson, Jeffrey Dahmer, and Ted Bundy, but we usually forget those they killed.

The Unparalleled Impact of a Murdered Jewish Preacher

But what if there is one huge exception to that typical outcome? What if the most remembered and influential name in human history isn’t a villain but actually a murder victim himself?

What if the most remembered and influential name in human history isn’t a villain but actually a murder victim himself?

Cold-Case Homicide Detective J. Warner Wallace makes that exact case in his astonishing new book Person of Interest. Wallace shows the unparalleled impact a murdered Jewish preacher from an obscure corner of the ancient Roman Empire has had on the world over the past two thousand years.

Jesus of Nazareth is not only the central figure of the world’s largest religion, but he is also the central figure of influence throughout human history. In a book filled with over 400 of his own illuminating drawings, Wallace shows that even if every Bible and manuscript suddenly vanished from the planet, you could reconstruct the “explosive” appearance of Jesus and his essential teachings from the “fuse” of ancient history and the “fallout” of the past two thousand years.

Inspiration for Authors and Writers — Like No Other Figure in History

Consider for a moment the impact Jesus had on literature. Jesus has been written about more than any other figure in history. To date, there are more than 109 million books written about Jesus (George Washington is a distant second at nearly 59 million books). No one, and I mean no one, has inspired authors and writers like Jesus of Nazareth, and this influence started early.

Wallace illustrates a robust list of Christian and non-Christian voices found on ancient manuscripts in the earliest centuries of the Common Era — more non-Christian than Christian — who describe Jesus and his followers. From these early voices, the entire story of Jesus can be reconstructed even if every New Testament manuscript had been destroyed.

Jesus dominates another form of literature: screenplays. Wallace assembles the movies crafted about Jesus of Nazareth in an illustration that demonstrates the unparalleled impact of Jesus on moviemakers (“The Jesus Film,” for example, remains the most translated and viewed movie of all time).

But there’s more. Great thinkers and theologians have written about Jesus over the centuries, establishing a robust Christian publishing industry that thrives to this very day. Even non-Christians are compelled to allude to Jesus in one way or another. Christ figures — parallels to Jesus — populate not just classical literature but even popular fiction.

The Fallout Indebted to Jesus

But that’s only one aspect of the “fallout” indebted to Jesus. Wallace also describes and illustrates the monumental impact Jesus had on education, science, art, music, and other world religions. Unlike other books that simply explain the role Jesus played in human history, Person of Interest uncovers the hidden evidence you might not have considered in the aspects of culture most revered by non-believers. The impact of Jesus has been seismic, and from His fingerprints in each area of human history, His story can be completely reconstructed.

How did a man who never led an army, never held an office, never started a company, never wrote a book, never had children, never traveled more than 200 miles from where he was born — a man who was murdered two thousand years ago — become the most important person of interest and the greatest influence in all human history?

Maybe because he wasn’t just a man. Maybe because his murderers couldn’t keep Him in the grave. Person of Interest will leave you thinking and feeling that’s, by far, the most reasonable explanation.

Dr. Frank Turek is the president of CrossExamined.org and is the coauthor of I Don’t Have Enough Faith to be an Atheist and the author of Stealing From God: Why Atheists Need God to Make Their Case. On Twitter at @DrFrankTurek.

The Sin of Acedia — Spiritual Apathy — in the Age of Aquarius