Who is Enes Kanter? The Man Who Called Out the ‘Woke’ Hypocrisy of LeBron James and the NBA 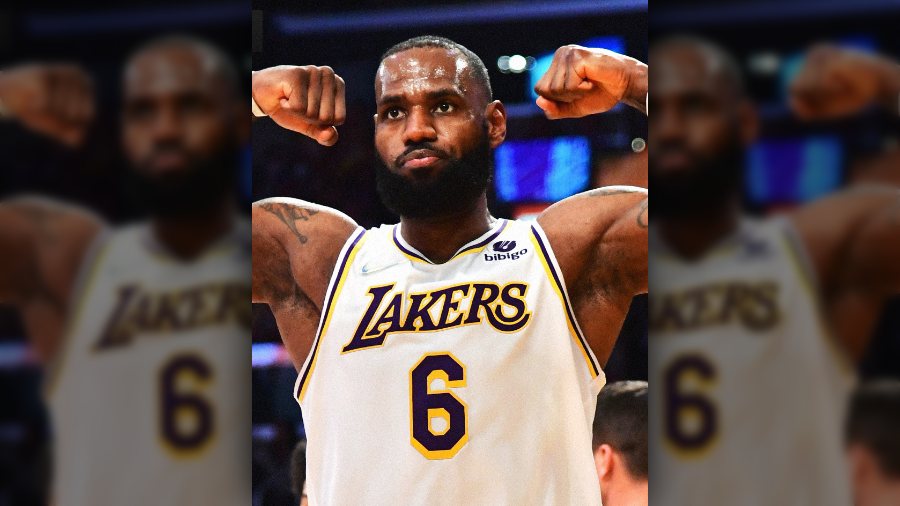 When the Los Angeles Lakers played the Boston Celtics on Nov. 19, one of the Celtics used his game shoes to send a message to the NBA’s biggest superstar. That message was imaginative, colorful — and devastating.

Enes Kanter, the Celtics’ reserve center, wore shoes adorned with provocative art. The outside of Kanter’s red left shoe featured a picture of the Lakers’ LeBron James, nicknamed “The King,” kneeling as he did in 2020 during the national anthem. In front of James was Chinese President Xi Jinping, about to coronate him with a crown featuring the symbol for China’s currency, the yuan. Behind James were sacks of money. The red field featured the five stars found in the upper-right corner of China’s flag.

It’s one thing for a conservative commentator to criticize LeBron James’ forked-tongue approach to “social justice.” It’s quite another for a fellow player to ridicule it as eloquently as Kanter did with his shoes.

The outside of Kanter’s black right shoe showed a scene of rioters looting and burning, much like the protests following George Floyd’s death. Since President Donald Trump’s 2016 election, James has promoted himself as the NBA’s conscience. But toward the heel is a picture of a kneeling James holding a large, stuffed money bag and wearing a crown with the word, “silence.”

On the inside of the right shoe is a mock quote from James, “I am informed and educated of the situation.” That comment refers to pro-freedom protests in Hong Kong. On the inside of the left shoe is a question from Kanter, “Hey, still researching and getting educated?” That question refers to James’ public apathy concerning China’s oppression of Tibetans and Muslim Uyghurs.

It’s one thing for a conservative commentator to criticize James’ forked-tongue approach to “social justice.” It’s quite another for a fellow player to ridicule it as eloquently as Kanter did with his shoes. In the process, Kanter exposes the self-serving universe of “woke” ideology that embodies today’s NBA.

But who, exactly, is Kanter and why should he care about James’ opinion?

In just his third NBA season, Kanter publicly criticized Turkish President Recep Erdogan for a government corruption scandal that broke in 2013. Three years later, after a military coup failed to oust Erdogan, Kanter called him “the Hitler of our century.”

As a result, Kanter’s family disowned him publicly, probably under government pressure. His father, a medical doctor and professor, eventually lost his academic position, faced trial for belonging to a terrorist group and briefly spent time in prison. Kanter himself faced similar charges after Turkey revoked his passport, demanded his extradition and threatened to try him in absentia.

The center so fears for his safety that he lives in hotel rooms and even refused to travel to Canada and Great Britain with his NBA teams. Just this month, Kanter became an American citizen.

Kanter’s interests extend beyond Turkey. On Oct. 22, he called Xi a “heartless dictator” and supported independence for Tibet, which China annexed in 1951. Nine days later, Kanter led a protest in Washington, D.C. against China’s use of Uyghurs as slave labor. Kanter wants Congress to pass a bill forbidding any Chinese goods made with slave labor to be sold in the United States.

China retaliated by preventing the Celtics’ games from being shown there. Undaunted, Kanter not only created another pair of shoes condemning China’s intrusive surveillance policies. He’s leading a campaign to convince the International Olympic Committee to move this February’s Winter Games from Beijing.

You would think that a country afflicted with “systemic racism” and run by “white supremacists,” especially in the White House, would persecute James the way Turkey persecutes Kanter. Instead, James lives in luxury and receives acclaim from his homeland’s elite. So much for the lies that the “woke” pushed during Trump’s administration.

James’ activism, however, focuses on the superficial. For James, kneeling during the national anthem, speaking at post-game press conferences, wearing a t-shirt proclaiming “Black Lives Matter,” supporting a plan to boycott the NBA’s playoffs after Jacob Blake’s death, and mocking a defendant’s tears during a criminal trial constitute “activism.”

“He cares about his PR more than anything,” Kanter told CNN on Nov. 21. “I had so many conversations with LeBron’s ex-teammates. They are the ones who told me that all LeBron’s doing is (for) PR.”

That would explain James’ reaction to Kanter’s message following the Lakers’ 130-108 loss Nov. 19: “He’s definitely not someone I would give my energy to. He’s trying to use my name to create an opportunity for himself.”

It also would explain James’ reluctance to confront China, where he is extremely popular. As early as 2008, the superstar not only had two shoe designs sold exclusively in China but also his own museum in Shanghai, complete with personal mementos.

In 2018, James made $32 million from Nike, which earned more than $8.3 billion from sales in China during the past fiscal year. He also traveled to China at least 15 times to promote Nike’s, the NBA’s and his own interests.

China plays a pivotal role in the NBA’s financial success. Mark Tatum, the league’s deputy commissioner, told Forbes in 2018 that the NBA makes between $4 billion and $4.3 billion from its investments in China. More than 300 million Chinese play basketball and about 144 million follow the NBA on social media.

“In my opinion, China is the biggest growth engine of the NBA, in terms of what we’re going to see in three, four, five years down the road,” Forbes’ Mike Ozanian said in 2018.

So in October 2019, when Daryl Morey, the Houston Rockets’ general manager at the time, tweeted an image with the message, “Fight For Freedom. Stand With Hong Kong,” James rebuked him.

“I believe he wasn’t educated on the situation at hand,” James told reporters before elaborating on Twitter: “I do not believe there was any consideration for the consequences and ramifications of the tweet. I’m not discussing the substance. … My team and this league just went through a difficult week. I think people need to understand what a tweet or statement can do to others. And I believe nobody stopped and considered what would happen. Could have waited a week to send it.”

James’ concern wasn’t for the protection of Hong Kong’s residents. It was for the comfort of his teammates, members of the Brooklyn Nets and NBA Commissioner Adam Silver. All of them had to confront tension from authorities and unwanted exposure while visiting China for exhibition games that month.

More than a decade earlier, James felt a similar hesitation about China’s policies.

In 2007, in a piece for The Christian Science Monitor, Jonathan Zimmerman called James “cowardly” for not signing a teammate’s open letter to China’s government. That letter condemned its role in enabling the Darfur genocide in Sudan.

At the time, China spent billions of dollars to purchase as much as two-thirds of Sudan’s oil. Sudan’s government funneled some of that money to militia groups that murdered, raped and dismembered Black Sudanese during a civil war.

James, then with the Cleveland Cavaliers, was one of only two players not to join their teammates in signing. The other had an endorsement contract with a new Chinese sporting goods firm.

The Price of Integrity

In displaying his unusual shoes on Twitter, Kanter made a piercing comment aimed not just at James but at “woke” hypocrisy.

“Sad & disgusting how these athletes pretend they care about social justice,” Kanter said. “They really do ‘shut up and dribble’ when Big Boss says so.”

After the phrase, “Big Boss,” Kanter included an emoji of China’s flag.