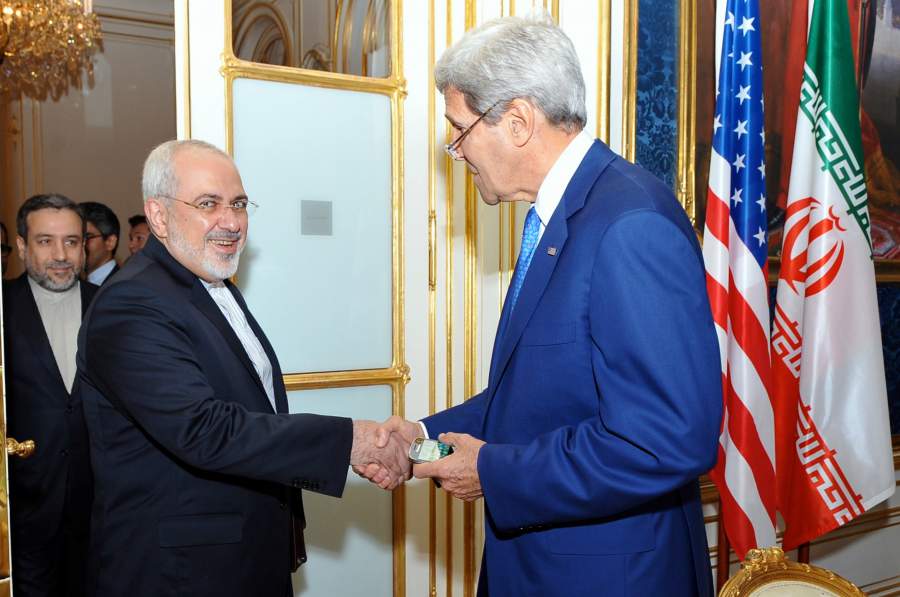 The Wall Street Journal broke the story Tuesday night. “The Obama administration secretly organized an airlift of $400 million worth of cash to Iran that coincided with the January release of four Americans detained in Tehran, according to U.S. and European officials and congressional staff briefed on the operation afterward.”

The Administration insists the money was simply the first payment on $1.7 billion to be returned to Iran as part as settlement of a decades-old dispute involving a failed pre-Revolution weapons deal. Back in 1979, the Shah had deposited $400 million into a Pentagon trust account to purchase U.S. fighter jets. The deal was cancelled after the Shah fell and the Islamist regime of Ayatollah Khomeini took over. Iran wanted not only the money back, but billions in interest. Over the years, the two nations continued to battle over the funds before an international tribunal in The Hague. Then came this year’s curiously timed settlement.

Yet the administration gave Iran $400 million the day four hostages were released. And, as the WSJ reports, they gave it to Iran in foreign currency cash (to avoid U.S. law), packed in wooden crates and loaded aboard an unmarked cargo plane. For kickers, the landmark nuclear deal was also formally implemented that weekend as well.

On January 17, President Obama said of the long-lingering haggle over the Pentagon deposit, “With the nuclear deal done, prisoners released, the time was right to resolve this dispute as well.” He failed to mention the $400 million cash payout.

With the release of the WSJ bombshell, the administration is calling the timing coincidental. Said State Department spokesman John Kirby, “As we’ve made clear, the negotiations over the settlement of an outstanding claim … were completely separate from the discussions about returning our American citizens home.” Kirby also told Fox News the payment, unannounced and flown in on an unmarked plane, was “no secret.” When pressed for details about the flight by reporters at Wednesday’s White House briefing, press secretary Josh Earnest got testy, wondering “Why is that relevant?”

The Americans released as the money was shipped are Washington Post reporter Jason Rezaian, former U.S. Marine Amir Hekmati, Christian pastor Saeed Abedini and a fourth figure about whom much less is known, Nosratollah Khosravi-Roodsari.

“This was not ransom,” Kirby declared.

However, as the WSJ reports, “U.S. officials also acknowledge that Iranian negotiators on the prisoner exchange said they wanted the cash to show they had gained something tangible” and “Iranian press reports have quoted senior Iranian defense officials describing the cash as a ransom payment.”

If true, this report confirms our longstanding suspicion that the administration paid a ransom in exchange for Americans unjustly detained in Iran. It would mark another chapter in the ongoing saga of misleading the American people to sell this dangerous nuclear deal. Yet again, the public deserves an explanation of the lengths this administration went to in order to accommodate the world’s leading state sponsor of terrorism.

Sen. Tom Cotton (R-Ark.) was more blunt, directly accusing Obama of paying “a $1.7 billion ransom to the ayatollahs for U.S. hostages,” telling WSJ, “This break with longstanding U.S. policy put a price on the head of Americans, and has led Iran to continue its illegal seizures.” Indeed, Iran’s Revolutionary Guard has arrested two more Iranian-Americans, along with dual-nationals from France, Canada and the United Kingdom in recent months.

News of the payout is already impacting the 2016 Presidential race.

Our incompetent Secretary of State, Hillary Clinton, was the one who started talks to give 400 million dollars, in cash, to Iran. Scandal!

Hillary Clinton has not yet reacted to news of the $400-million payout to Iran or Trump’s response.