*According to the Skeptics 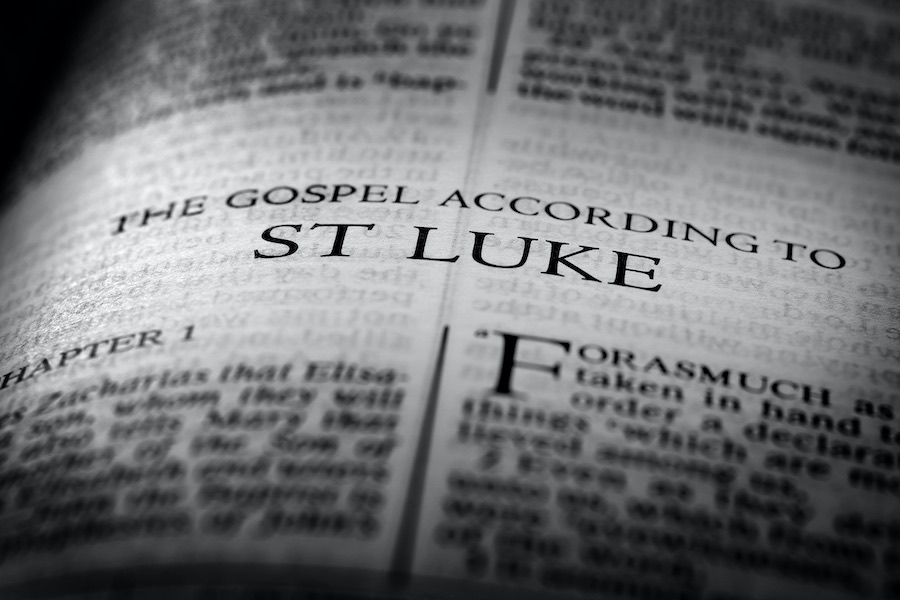 Have you ever wondered where the Gospels came from? Here’s how skeptics would answer if you asked them. Not every skeptic agrees with all of it, but the general picture is accurate up until near the end. I’d call it satire if I didn’t have sources for all of it.

The “easy to write a character?” part near the close doesn’t come from atheists or skeptics, though. I wish it would have, but I’m not aware of any who’s written on this aspect of the Gospels. It’s adapted from research done for my book Too Good to be False.

Where the Gospels Came From: The Skeptics’ Answer

They were all gullible that way. The Jews in particular had their own God who did special things just for them. They were getting impatient for him to do it again, too, after being under Roman rule for way too long. Thus they had this idea of a “messiah” who would deliver them; in fact, they even had candidate “messiahs.” None of them delivered, though. Not even Jesus.

There was a “messiah” Jesus; we skeptics will agree with the Christians on that much, at least. He certainly wasn’t a God, though. He just roamed the countryside, attracting some followers and preaching something-or-other, it’s hard to tell just what. Whatever it was, his followers went all in with him, thinking he was going to be their king. But then he got himself executed. Killed on a cross. What were they going to do now?

Nut Jobs and a Made-Up Resurrection

They did what a lot of people do when they go all in for a belief that fails: They found a way to make it come true after all. Now, in order to make a dead man their king, they had to make him “alive” again. And that’s how they came up with this idea of a resurrection.

This was no great feat of imagination. All they had to do was borrow a handy nearby resurrecting-god story. They probably got it from Mithraism, a mystery religion that conveniently appeared on the scene a century or two after they borrowed from it. (Funny how that works.) Plus, they didn’t know that dead people stay dead. They didn’t have science.

Still it was crazy enough that they had to shore up their own self-deception by getting a lot of people agreeing with them. So they went out and made converts.

This is all science, by the way; they call it cognitive dissonance theory. We’ve known about it for a little over 50 years. Back then, though, they had no idea it was all just a way to deceive themselves psychologically and make themselves feel better. They didn’t know they were nut jobs.

And wow, did they ever change! They got passed all around the Mediterranean. It was the Telephone Game taken to the max. That’s the one where one child thinks of something to whisper in the next child’s ear, who whispers it to the next, and on around the circle until it come back to the first one. That’s when they all find out just how much it changed, and everyone gets a good laugh. The Gospels are funny that way, too. Changed. Laughable.

Pretty good work for a Telephone Game, don’t you think? Or maybe stories like this are just easy.

So that’s where the story came from. Stories, actually, several of them, considering how they circulated all over Europe, North Africa, and Asia Minor, through multiple languages, multiple sets of background religions. They got embellished, they got “improved,” until finally four unknown someones took the versions they received after all this Telephone Gaming and wrote them down.

The one we call “Mark” probably did it first. “Matthew” and “Luke” borrowed bits from him, bits from each other, and bits from other long-lost sources. Each one wrote it down the way it made sense to him, with whatever theological or political point he wanted to make, and based on whatever versions of the legend he had access to work with. Finally, “John” came last, after the legend had grown enough to make Jesus into God Almighty.

So that’s where we truly modern people think Jesus came from: A group of nut jobs, trying to restore their balance after their purely human “Jesus” got killed, then casting their “resurrection” story to the four winds so it could morph and get corrupted into the four Gospels we have today.

And just look how messed up these Gospels are: They don’t even agree on how many angels were at the tomb! How are the Christians going to solve that? That kind of thing is all we need to prove the whole thing is just one scrambled legend after another. That, plus it’s got miracles in it — totally distasteful to modern minds.

So that’s our explanation. Apparently stories like Jesus are easy to come up with — so easy, these ancients could do it with a Telephone Game.

Well, okay, it took a little extra imagination. Not enough to make it hard, though, right? Just a touch of creativity, that’s all. Miracles may be easy; any child can tell a magic story. Jesus himself, though? That’s where our story-scrambler did an amazing thing.

Somehow this scrambler came up with the only character ever who taught perfect self-sacrificial love, even toward enemies, and lived out that love with perfect consistency, all the way to the point of an agonizing — yet voluntary — death.

We’ve got to explain this Jesus story somehow. Otherwise we’d have to admit it was true.

The legend-growing process produced a character whose unparalleled wisdom continues to be studied, revered, and followed by billions 2,000 years later. Maybe the scrambler was that wise. Consistent, too: Jesus comes out having the same unique character all the way through all four versions of his story.

Our scrambler produced a character who forgave his enemies from the cross on which he died. It invented someone who taught and lived a life of self-denial and holiness, and has inspired multiple millions to do the same ever since — and did it by building on the early disciples’ self-serving deceit of a “resurrection.”

It Has To Be Easy; Otherwise We’d Have to Believe It

Pretty good work for a Telephone Game, don’t you think? Or maybe stories like this are just easy. Maybe this is exactly the kind of story you’d expect corrupted, scrambled word-of-mouth traditions started by nut cases to give you every time! Especially ancient nut cases, who didn’t even know they were ancient.

Granted, no other literary genius has ever written a character as purely good, as perfectly consistent, and as uniquely one-of-a-kind as Jesus. Not even close; not even in the neighborhood. Still, it must be easy. We’ve got to explain this Jesus story somehow. Otherwise we’d have to admit it was true.

Tom Gilson (@TomGilsonAuthor) is a senior editor with The Stream and the author or editor of six books, including the just-released Too Good To Be False: How Jesus’ Incomparable Character Reveals His Reality, on which this article is based.

Skeptics: ‘Jesus Wasn’t Much Good.’ Jesus: ‘Your Mind is Set on the Wrong Things.’