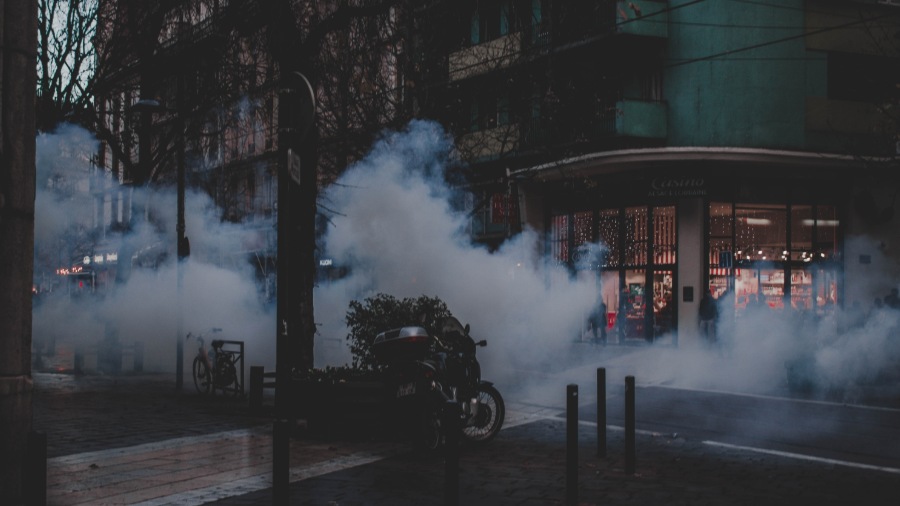 Most of morality comes down to Goldilocks. We don’t want the porridge to be either too hot or too cold. Jesus offered the one exception to this rule: As applied to the love of God, lukewarmness won’t help you there.

As earthly creatures of God embodied in flesh, we have a very narrow temperature range where we can survive, much less flourish. (I tested this for a few years when I taught winters in New Hampshire and summered in Texas. It’s … painfully true.) If your shower were to alternate between 40 degrees and 160 degrees, you’d feel this. It would be scant comfort to you that the average temperature of your shower, considered mathematically, was comfortable. Because you’re not a math problem.

Neither is America. It’s not a church. Nor an abstraction. It’s a very large patch of land, whose inhabitants mostly adhere to a certain political theory. They don’t exist for the sake of the theory. It exists for them.

Anglo-American Freedom Is Medieval, Not Modern

When the Thirteen Colonies drew up the Declaration of Independence, they wanted a piece of rhetoric they could all agree on. One that would state their aims, rally the public, and attract foreign support. It would state certain principles which they had inherited from England. These principles of liberty long predated the Enlightenment. They were implicit in the Christian dignity of each human, and embodied in medieval English Common Law.

The Founders, mostly Augustinian Christians deeply convinced of the Fall, took certain things for granted. They signed the Declaration, and they and their heirs signed the Constitution, on a set of assumptions. This system of government could work given the culture they had come from. It might not work for others.

They weren’t drawing up a charter for the whole human race. They left that thankless, destructive task to the French revolutionaries, who unleashed chaos across a continent. And to George W. Bush, whose Second Inaugural Address promised to unleash it throughout the Middle East.

Immigration policy in America over the centuries, when it worked, was bound to respect the concrete realities which made ordered liberty possible in America. (It had proved impossible in most of Latin America.) The most fundamental fact was the dominant culture of tolerant Anglo-American Protestantism. Immigrants who arrived and could assimilate to that culture were welcome and could be a benefit. Those who wished to reject it had no place here.

And they still don’t today.

Let’s say someone arrives at U.S. borders and says he favors imposing Muslim sharia law. Or Integralist Catholic sharia. Or re-enslaving black people, seizing citizens’ guns, maybe silencing the press. Such a person has no place here. He shouldn’t be offered the Citizenship Oath, since if he signed it, he’d be perjuring himself. We should send such a person back home.

Does this make me a “xenophobe”? Before we consider that question, let’s go back to Goldilocks. And Aristotle. Because that wisest of philosophers understood the Goldilocks principle. He recognized that virtue resides, always and everywhere, between opposing extremes. St. Thomas Aquinas agreed, and applied this principle to specifically Christian ethics. I wrote a whole book about this, The Bad Catholic’s Guide to the Seven Deadly Sins. It’s the best book I’ve written (so far). But you can get the basic idea from a brief article here. Let me quote just a bit:

At the opposite pole from deadly Wrath is not holy Patience, but masochistic Servility, which teaches us to let aggressors win and bullies triumph, whatever the cost to the next victim that blunders into their paths. Sloth is not so much a sin of laziness but of apathy, of the sort that can lead to despair. The Diligent learn how to apply themselves with sane resignation, and a realist’s appreciation of their limitations and weaknesses. Fanatics hurl themselves headfirst into walls, torment the people who love them, and if they don’t blow themselves up, they burn out and slump into … Sloth.

Moral Panic Is No Way to Go Through Life, Son

The same truth of the Golden Mean applies to immigration policy. I suggested this a few days ago. I raised the dread slur of the moment, “Xenophobia.” It’s defined as

a fear or hostility toward foreign things, and people who bring them. Its opposite, too little used, is Xenomania. That’s a contempt for domestic ideas and people, and a preference for exotic imports. Both tendencies can lead to ugly extremes, of course. A xenophobe who hates all immigrants, for instance. Or a xenomaniac who dreams of replacing his fellow Americans with idealized, docile foreigners. I’d say that Trump attains the Golden Mean here. He doesn’t want to end all immigration, or even reduce it that much. He does want it controlled by our democratic laws, instead of by human trafficking rings. Some might consider that preference bigoted, but that just outs them as full-on xenomaniacs.

Our media and many of our churches are obsessed with hunting down xenophobia. The European Union, Pope Francis, and every globalist group in the world with a $100 million budget, stands ready to sniff out the slightest trace of this vice. You know what that tells me?

Let’s say someone arrives at U.S. borders and says he favors imposing Muslim sharia law. Or Integralist Catholic sharia. Or re-enslaving black people, seizing citizens’ guns, maybe silencing the press. Such a person has no place here. He shouldn’t be offered the Citizenship Oath, since if he signed it, he’d be perjuring himself. We should send such a person back home.

We’re probably pretty safe from that error. They’ve got it covered. In fact, as good Augustinians and Aristotelians, we should be suspicious that something else is going on. That maybe the worldwide hunt for xenophobes betrays that our culture has lurched to the other, unhealthy extreme. C.S. Lewis warned in The Screwtape Letters that our tempters will always drive us to flood sinking ships with water, and pour gasoline on fires. Maybe that’s happening now.

What would be the telltale signs of xenomania? How would we know when people are only welcoming foreigners because they despise our country as it is, and most of their countrymen?

One way: If they call half their fellow citizens “deplorables,” as Hillary Clinton did.

Or else if they said that their country required “fundamental transformation.” As Barack Obama did.

Maybe if they claimed that their country had been founded on evil principles, which still prevail today. As Beto O’Rourke did.

Perhaps if they said that newcomers, upon repeating the citizenship oath, were more deserving of the country’s benefits than those whose ancestors fought or slaved for America. You know, the way Ilhan Omar did.

How can we thread this needle, and preserve our actual, non-abstract country while respecting the basic principles it inherited from Britain? I’d say the Bible is a very useful guide. In the excellent short e-book Wise Welcome, the American Association of Evangelicals surveys how the Bible treats the immigration question. Its approach tracks what the Catholic Catechism (not, ahem, Pope Francis) says on the question. To quote the summary Kelly Kullberg and I wrote here at The Stream:

In the Bible, God teaches hospitality to foreign persons who come lawfully, with permission, as blessings — the word in Hebrew is “ger.” It is close to the word ‘convert.’ They are to be welcomed as “resident aliens.” They are also held to the same laws as citizens. Such assimilation is seen in the life of Ruth. That young Moabite said to her grieving mother-in-law, Naomi, “Your God shall be my God, and your people shall be my people.” God honored Ruth’s faith. She married a Hebrew elder, Boaz, and they became ancestral forebears of Jesus himself.“Zar” and “nekhar” are “foreigners” and “strangers”: God warns against citizenship for foreigners who do not come lawfully, to bless a nation – the words in Hebrew are the zar and nekhar.

This category includes those who come illegally as squatters, travelers, temporary workers and enemies. Progressive Christians wrongly suggest that all foreigners are the “ger.” They smoosh together, as the Word of God does not, legal immigrants with illegal, and conflate patriotic newcomers who assimilate with anti-American squatters. This is unkind to millions of Americans who suffer the consequences of illegal immigration: crime, drugs and loss of work. God loves American poor people too.

Doesn’t that sound responsible, sane, and centrist? No surprise that the God of Reason turns out to be … rational in what He asks of us.

Those who goad us to embrace un-Reason on this question or any other? They are serving some other spirit.